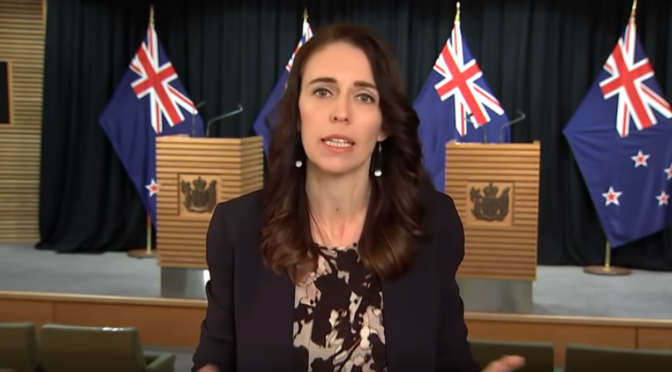 Post Script 20/8/20 – according to Chris Hipkins, no children will be taken from their homes by Oranga Tamariki if they test positive. That has been rumoured apparently. Nevertheless in the video in this post below, Ashley Bloomfield does say children can be separated from the family within the facility, still traumatizing if you have a very young child. Very. How is separation into another room with strangers in PPE gear, masks and so on, no visits allowed, going to help a little child recover? He would need his mother. It is not surprizing rumours are circulating. We know that the WHO rep Michael Ryan said quite plainly on television that members could be removed and put into quarantine. Listen to Adern (at 7 mins 38 secs) this link as she kind of says families will be managed carefully … she does not outright say, no they won’t be separated though. Just as Bloomfield wouldn’t.

Since Adern switched the rules with no consultation note, it appears that the military in NZ are allowed to enter homes with no warrant and forcibly remove your children in the interests of health should it be deemed necessary.

This was first uttered back in the first global lockdown by Michael Ryan speaking from WHO (now ‘fact checked’ as untrue). I recall the horror then at such a suggestion. That was a lead in. A sure indication it was coming down the pipe. ‘In a humane fashion’ or similar he said.

How humane can ripping a small say one year old child from its mother be? By perfect strangers in military uniforms wearing masks? This is not humane!

This is out and out tyranny.

Any reasonable person would know that this is not sound medical / psychological / humane practice. Aside from it being just plain common sense, the life long fall-out from separation anxiety has been well documented. This is simply not acceptable. This attitude towards our children is absolutely cold and cruel. We have already had one little 7 year old boy try twice to end his life during the last lock down. This whole current scene is terrifying and traumatizing for children and parents and shows total disregard from our authorities on the value of individual lives and the effects their decisions are having. Today I heard also of parents considering a suicide pact with their family because of the fear of possible forced vaccination. (See video at 11mins 28 secs).

One person on social media (where the discussions occur, after all mainstream or should I say lamestream won’t allow it… it’s labeled ‘misinformation’) … she said she had asked at Whanau Ora if children would be separated from their parents. The response was no, that they would not separate families from their children.

And yet this is not reinforced at all by what Ashley Bloomfield is saying in his announcements, or by the experience of the following family who were in quarantine from Australia. They were told on arrival here that they would have to be separated (they declined) then it was suggested again that their two year old who was unwell, be isolated from them. They firmly declined again adding that legal action would be taken if they persisted. This one case has been now sorted but why did it happen like that? Parents less knowing might well have gone with the separation out of fear. The whole operation is being managed by the military. This implies force at the ready. Many (or is that most?) will be intimidated by this.

Below are two video clips, one from the UK (yes news is traveling on this) and one from Ashley Bloomfield, DG of NZ Health, spokesperson in this regard for Jacinda Adern. Note how Bloomfield (see video at 25mins 23 sec) is reluctant to say outright when asked, will you separate children from their parents … after a few ‘ums’ and ‘ahs’ and hand waving (just like Bill Gates does) he admits, ‘yes we will take your children if necessary’. If a paid staff member can care for a child in isolation, then equally that child’s parent can. End of story.

So what is the justification for complete separation?

Jacinda Adern needs to step up immediately and reassure the parents of NZ that their children will NOT be separated from them.

Note: Bloomfield has a Masters in Public Health with first class honours. He also has three children. I wonder would he be agreeable to any of those three at two years old being removed forcibly from he and his wife and children by strangers in camo with masks for who knows how long… for the benefit of their health? The same question goes to Jacinda and her partner.

Please consider emailing your MPs, MOH and Jacinda Adern, and remind them of the trauma such separation of children from their parents/caregivers would bring and such action should not be remotely considered as an option. EWR

Go to 25 mins 23 sec for the questions on quarantine & children with their parents. Question (Reporter):“If you’re a single parent with one kid does your kid come into quarantine with you?” Answer (Bloomfield): “Ah what we’re generally trying to do is encourage where … especially where it’s helpful … ah for, for families, is that … in case any, any close household contacts who might be at risk of still developing an infection or showing infection that they go into quarantine … they’re kept separate in the quarantine facility … ah… so it absolutely reduces the risk of passing it on to other household family members or other household members … so that’s why we see … so some of those ah will just be individual cases there ah … others will be the whole family in there and again the main … one of the key drivers of this is to protect the rest of the whanau members from infection … it’s very common inside the household if there’s not that isolation of the case or cases from other family members”.

Jacinda Adern speaking. Watch at 7 mins 38 secs re quarantine. For the record should the video disappear, she says in response to the question, Will families be forced apart in quarantine? … “We are very careful about the way that we manage that & people’s care arrangements … we work through all of that in a really ah … careful … responsible way… so that’s something we work through with families”.

Listen at 14 secs in Dr Ryan says: “now in most parts of the world due to lock down most of the transmission that’s actually happening in many countries now is happening in the household …. at family level. In some senses transmission has been taken off … off the streets and pushed back into family units. Now we need to go and look in families to find those people who may be sick and remove them and isolate them, in a … in a safe and dignified manner”.

NOTE: To share posts to FB any more than around 2 days old, you will need to click on the heading which takes you to the post page, the FB share button appears only on those pages as of around a month ago. Cannot get to the bottom of why. EWR.