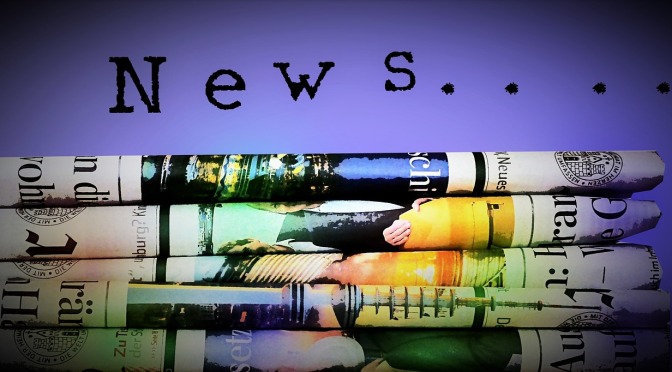 “There is no such thing, at this state of the world’s history, in America, as an independent press. You know it and I know it. There is not one of you who dares to write your honest opinions, and if you did, you know beforehand that it would never appear in print. I am paid weekly for keeping my honest opinion out of the paper I am connected with. Others of you are paid similar salaries for similar things, and any of you who would be so foolish as to write honest opinions would be out on the streets looking for another job. If I allowed my honest opinions to appear in one issue of my paper, before twenty-four hours, my occupation would be gone. The business of the journalists is to destroy the truth, to lie outright, to pervert, to vilify, to fawn at the feet of mammon, and to  sell his country and his race for his daily bread. You know it and I know it, and what folly is this toasting an independent press? We are tools and vassals of rich men behind the scenes. We are the jumping jacks, they pull the strings and we dance. Our talents, our possibilities and our lives are all the property of other men. We are intellectual prostitutes”.

The Power of the Mainstream Media

Mind control is information control, and it is those who control the media that predominantly possess this amazing power. In New Zealand, virtually the whole media, radio, TV, newspapers and magazines are owned by just three or four foreign companies. The radio stations including 6 networks and 31 local stations, Free-to-Air TV channels, TV3 and C4 are owned by the private equity firm, Australian-based lronbridge Capital, which is funded by big City of London merchant banks. Julian Knights, the founding Partner, was previously the Managing Director of Gresham Private Equity, Before that, he was a director of merchant bankers, Hill Samuel Group, founded by Marcus Samuel, a City of London Jew, who founded Shell Transport & Trading that later became Royal Dutch Shell, now controlled by the British Rothschild and Samuel families Sir Herbert Samuel, a member of the family, founded the BBC. Hill Samuel’s Australian outpost is Macquarie Bank, Australia’s biggest investment bank. This bank is buying up ports, toll-roads, airports, private hospitals, retirement homes – you name it – all around the world – including those in New Zealand! Another Director of Ironbridge Capital is Josh McKean. He previously worked for Gresham Private Equity and JP Morgan. Paul Evans, the Chief Operating Officer of Ironbridge in New Zealand previously worked for Gresham Private Equity and Barclays in London. Rothschilds, Samuels, Barclays and JP Morgan etc. are the same banking pirates that secretly own the controlling shares in not only our media – but the mining companies as well. All the rest of the major TV stations, newspapers and magazines, apart from a mere handful of exceptions, in New Zealand are controlled by either News Corporation (based in New York) or Fairfax Media (based in Sydney) or to a lesser extent Independent News & Media (lNM) in Dublin. News Corp is the world’s 3rd largest media conglomerate (behind The Walt Disney Company and the Time Warner Company) and is headed by Rupert Murdoch and in 2008 it had a staff of 64,000. Once again, the controlling shareholders are City of London merchant and clearing banks , including such giants as Credit Suisse and Rothschild – not Rupert Murdoch, who is just a highly paid obedient puppet! Indeed, Andrew S. B. Knight, Chairman of J Rothschild Capital Management Ltd, is one of the seventeen News Corp directors. The company controls 20th Century Fox in the US, and SKY Network Television (including Prime) in New Zealand. It controls over a hundred national, metropolitan, regional and suburban newspapers throughout Australia having 68% of the capital city and national newspaper market and 40% of Australia’s top thirty magazines market.

Fairfax Media, based in Sydney, reaches 84.4% or 2.9 million New Zealanders, printing 90 titles and 244 million copies a year, publishing many of New Zealand’s newspapers and magazines including the Sunday Star-Times and owns TradeMe. Fairfax Media’s TV Guide magazine is New Zealand’s 7th largest selling item in supermarkets. The company’s shares are controlled by the big City banks including John Fairfax’s 9% shareholding of his own which is largely borrowed, JP Morgan, Morgan Stanley, Bankers Trust (from 1998 Deutsche Bank), Lazard Asset Management, Rothschild and 452 Capital. Gina Rinehart, mining billionaire and head of Hancock Prospecting has also been buying up a stake in Fairfax Media recently. Sam Morgan founder of TradeMe is on the Board, and his father Gareth Morgan is a well-known New Zealand financial puppet and spin-doctor.

Independent News & Media (INM) is controlled by Sir Anthony O’Reilly and his son Gavin, although Denis O’Brien in 2010 became the group’s biggest shareholder. However their own shares in the company are financed through heavy borrowing from Lazard and N. M. Rothschild & Sons in the City of London. INM’s bankers are; Allied Irish Banks plc, ANZ Banking Group, Bank of Ireland, Barclays Bank Ireland plc, BNP Paribas, lIB Bank Ltd, Lloyds TSB Bank plc, Ulster Bank Ireland Ltd. INM had 9,600 employees in 2007. The New Zealand Herald has the largest newspaper circulation in New Zealand. The newspaper is owned by Australian Provincial Newspapers (APN) which is majority-owned by Independent News & Media (INM)

Only a mere handful of enormously rich and powerful banking families in London control what the world reads! They ensure that their mainstream media editorial slaves and journalistic goons concentrate on day to day trivialities and irrelevant news items so that rarely, if ever, the more important issues about what is truly transpiring is ever discussed, or the real truth about what is really happening ever gets out.

In short, all the mainstream  newspapers are only good for lighting fires or for bird-cage liners – if that!   Dr Jacob Cohen

*IMPORTANT NOTE: For more information on the City of London Corporation (not to be confused with the greater city of London) see Dr Cohen’s pdf file at this link. He is writing about the Pike River Mining Disaster and in his introduction (page 3) he describes this corporation and the power it holds over the entire planet. A must read to get the bigger picture.

The above information about the media is cited from Dr Cohen’s article on Pike River. Links and references are contained in the article itself.

Google and Wikipedia Team Together To Suppress Alternative Health Information

Ask anyone on the street prior to 1990 what the term “search engine” meant, and you would probably get a shrug of the shoulders and a guess, like searching for an automobile replacement engine or something.

Today, people use the Internet to search for information about 6 billion times a day, easily accessing far more data than all of today’s mainstream news outlets put together.

And while in the early days of the Internet one had many choices of tools to use to search for data, today the name “Google” is synonymous with “search engine,” and is even used as a verb: “Go Google it.”

Over 90% of all Internet searches are controlled by Google today.

If Google was simply a software program that searched through all the massive amounts of data in blazing fast speed to produce the results that YOU wanted, this would not be such a big issue. It would just mean they are able to deliver results faster and more comprehensively than other search engines, leading more people to prefer using them over other search engines.

And that’s probably the way it was in the beginning.

But today, Google has decided to be the Police of the Internet, and they have decided that they know better what data you should be viewing than you do.

And they have apparently teamed together with another source of online data, Wikipedia, which poses as a neutral source for information, but is anything but “neutral.”

Together, these two Internet giants are doing everything they can to serve big corporate interests, particularly when it comes to alternative health.

Dr. Joseph Mercola, founder of Mercola.com, one of the longest running websites on the Internet publishing life-saving information on natural treatments, and exposing corruption in the medical industry, just recently lost 99% of his search engine traffic because Google and Wikipedia apparently do not believe the public has a right to use their search tools to find the kind of information he publishes.

Ben Vidgen is drawing attention here to the ‘book burning’ (although in some instances it literally is a case of burning with no offer to rehouse the books) … they are culling information you can access. Video & link below to article.

ben vidgen
We look at the role of information dominance and social engineering as libraries and museum are looted around New Zealand. Supporting link and research notes https://postmanproductions.wordpress….