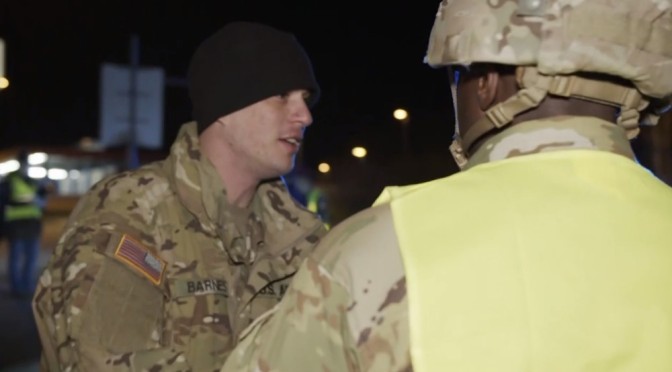 Very odd isn’t it? 20K troops to join the 10K already there. Worldwide outbreak of a supposedly deadly virus, countries in lockdown, quarantining of travelers … and the US ‘super’ troops show up WITH NO PROTECTIVE GEAR! Doesn’t it just get ‘curiouser’ now? In France this morning (17th March 2020) I heard they may declare martial law. Perhaps it will be handy that 30K troops are ready to deploy.  Anyway this video is from the Crowhouse, Max Igan. Do have a listen it’s short. (A PS, just noticed UK also in lockdown). EWR

http://thecrowhouse.com https://steemit.com/@maxigan https://www.bitchute.com/channel/TheC… Twitter @maxigan LinkedIn https://www.linkedin.com/in/max-igan Support The Crowhouse: https://www.patreon.com/maxigan Crypto-currencies: Bitcoin: 1F6bEEsJHZZhHeT4fmN9iQCwF1Yqu5UZSD Litecoin: LcTY57kkuWaSF8YqC9EbLpxBj5kcQzMLhQ Ethereum: 0x924C0F9A9889f703a9220eCf322342B9d6BDb32D Dash: XfGA55jscnDdHyQKhKTAEHQMP6GhqC5AGm Italy Ramps up Lockdown: https://www.france24.com/en/20200312-… Italy’s Three-Foot Rule: Passengers and Shoppers Keep Their Distance After Entire Country Goes Into Complete Lockdown: https://www.dailymail.co.uk/news/arti… Trump Suspends Travel from Europe Over Coronavirus Fears: https://nypost.com/2020/03/11/trump-s… And He Sends 30,000 Soldiers TO Europe Without Masks: https://www.voltairenet.org/article20… If you have not signed this Petition on behalf of the missing Beaumont children yet, please do. Just for the show of numbers. The more people who sign, the more we expose the Police coverup of this case. https://www.change.org/p/missing-beau…

“The first US military convoy containing soldiers from 2nd Armored Brigade Combat Team, 3rd Infantry Division crosses the border between Germany and Poland at the border crossing of Kołbaskowo. The convoy, which included vehicles such as Humvees, Heavy Expanded Mobility Tactical Trucks and Medium Tactical Vehicles (FMTVs), is taking part in exercise DEFENDER-Europe 20. To limit the impact on civilian traffic, military vehicles and equipment are usually moved at night. DEFENDER-Europe 20 is a US-led multinational exercise that includes 16 NATO Allies. It is the largest deployment of US-based forces to Europe in the last 25 years, with 20,000 soldiers deploying directly from the United States to Europe. As such, it demonstrates US commitment to NATO and its resolve to stand by its European Allies. Footage includes various shots of vehicles arriving and leaving border crossing and various shots of Polish border authorities and US soldiers working together to conduct border crossing.”