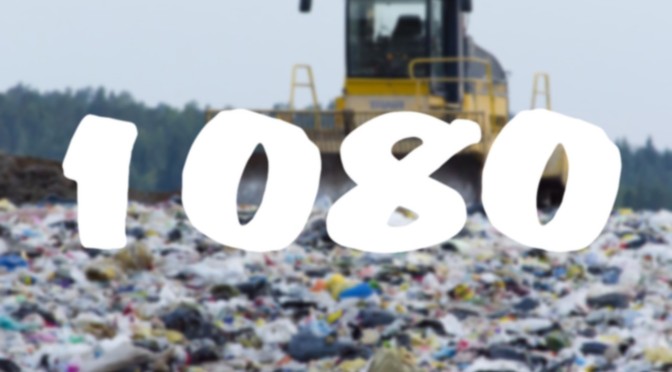 The pre-feed was dropped at Makarora but the poison was not. Bad timing, and initial faulty flight charts, (by HeliOtago Ltd presumably), meant the drop was postponed and then foiled by the onset of winter.

DoC Wanaka announced the poisoning would happen the following Spring but this never eventuated. The poison was dumped. They have conveniently left this out of the OIA response to John Veysey in February, 2019 (see attached), and pretended they haven’t kept records.

The comment in the OIA response to Mr. Thompson about Makarora, February, 2017 – “No toxic bait was transported to the operation site. The transport cost from storage to landfill was $8,000” – is I think, just DoC being tricky. It was again rumoured to have been stored at the storage shed at Haast. This is backed up by the fact that the poison operation had been due to happen any day, but as the prefeed didn’t happen until May 27, 2015, winter had set in and they just couldn’t drop the poison.
The loading site at Cameron Flat, Makarora, would have been too dark and cold. As it was, the prefeed was done in icy conditions (see photos).

Add in the 66 tonnes from 2015/16 and the 16.2 tonnes of flood-damaged 1080 poison baits from Haast this year (as stated in a recent OIA response to David Haynes), and we have a massive 116.51 tonnes 1080 baits to landfill… admitted to by DoC anyway. Is this ALL ?!!! How much have OSPRI and regional councils dumped?

Also, where in the ‘Manawatu-Wanganui region’ were the 66 tonnes of 1080 baits dumped? At the Bonny Glen landfill at Marton again? 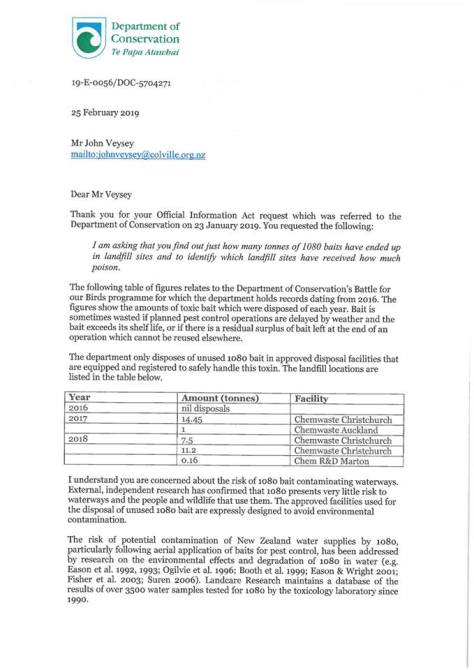