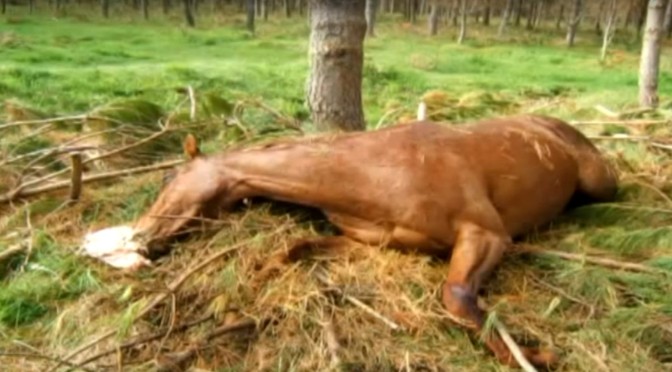 In April 2010 Dr Meriel Watts from the Pesticide Action Network NZ (PANANZ) wrote to Environment Waikato regarding 10-20 year consents for the dispersal of 1080 poison. At the grafboysblogspot.com her letter is recorded …

“As you are no doubt aware,” she wrote … “1080 is classed by the World Health Organisation as an Extremely Hazardous pesticide (Class 1a WHO). You may not be aware that as such it falls within the category of Highly Hazardous Pesticides for which the Food and Agriculture Organisation of the United Nations (FAO) is seeking a global phase out.

That Environment Waikato is contemplating 10 or 20 year consents to use, let alone aerially disperse, 1080, when a UN agency is promoting a global phase out of all such pesticides is extraordinary. I can only assume that you officers are not aware of the situation.

To issue consents of 10 or more years duration also flies in the face of ERMA’s concern about such on-going widespread dispersal of 1080 in the environment, and their support for more research into alternatives. There will be no room for introduction of alternatives in the EW region if these consents are granted.

1080 is a broad-spectrum poison: it kills all oxygen-breathing animals and organisms. This alone is reason enough to cease dispersing it into the environment. It indiscriminately kills and contaminates everything from the insects that underpin the native fauna food chain to precious native birds, dogs and farm animals.

There are so many recorded instances that there is no need to elaborate on them here. Nor the fact that the suffering of these animals on the way to death is extremely inhumane.

That New Zealand has such a history of poisoning its indigenous species, livestock and companion animals is a shame we have to live with. But we do not need to perpetuate it. Thankfully the era of poisoning everything we don’t like is passing, and intelligent new, targeted approaches to pest management are taking its place.

It is time now for Environment Waikato to move forward with the rest of the world, and introduce alternatives. Trapping has been shown to be an effective method of controlling possums, at the same time utilising a valuable resource for the benefit of the national economy, and trapping technology is continually improving. On the other hand, years of experience of 1080 dispersal has shown that this approach is not sustainable, it has to be repeated at regular intervals, each time with its negative consequences for the environment.

Pesticide Action Network therefore urges you to reject the idea of extended resource consents for aerial dispersal of 1080, and to instead focus your resources on rapid introduction of sustainable, environmentally friendly, and socially supportive alternatives such as trapping.

Yet still NZ advertises itself as clean and green. How far from clean and green can a country get one would have ask? All that aside from the cruel death these animals die. It is a slow agonizing death. If you can stomach watching, see what happens to them in this clip from the Poisoning Paradise doco by the Graf Boys. Why are these authorities not charged for cruelty to animals?

Our 1080 pages also provide info & links … search ‘categories’ for related articles. Follow our blog or if you’re on FB follow our  page and stay informed … use the share buttons to help spread the word on all the untruths we have been told – we are about exposing corruption and lies!