This is shocking information. Please read and research the facts for yourself. (Be aware that the source site has been hacked – a sure indication of the truth contained therein – so if the info has gone, or the site inaccessible, keep returning to read it). And before you dismiss this as nonsense see where you can purchase the Zika virus! – courtesy of the Rockefeller Foundation. (You need to be asking yourself, why would anybody purchase a virus?) The whole thing is very suspect isn’t it? 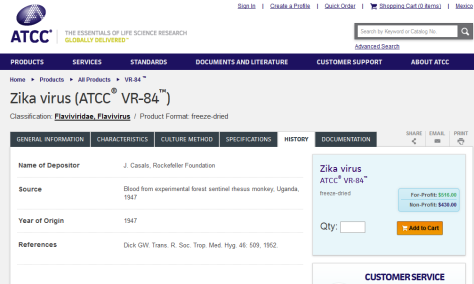 (1) Where the Zika virus can be purchased courtesy of the Rockefeller Foundation:

Jim Stone  Thousands of babies in Brazil have been born with far undersized brains (microcephaly) in the past two months. This has officially been blamed on the Zika virus (delivered supposedly by mosquitoes) and

also timed with the release of genetically modified mosquitoes in 2015.  Another theory also recently emerged that chemical fumigation in Brazil was actually the cause. However this article provides compelling evidence by both a Brazilian Medical Doctor and the drawing together of other media reports and scientific data, that all previous info has been a cover story for the more sinister cause – the Tdap vaccine for pertussis that was made mandatory for pregnant mothers in Brazil* in early 2015. Brazilian cases of microcephaly have reached 4,000 now it’s reported.  And note Kiwis, New Zealand is on that list for implementaion here! (3)

READ THE WHOLE ARTICLE AT:  http://www.jimstone.is/zika.html