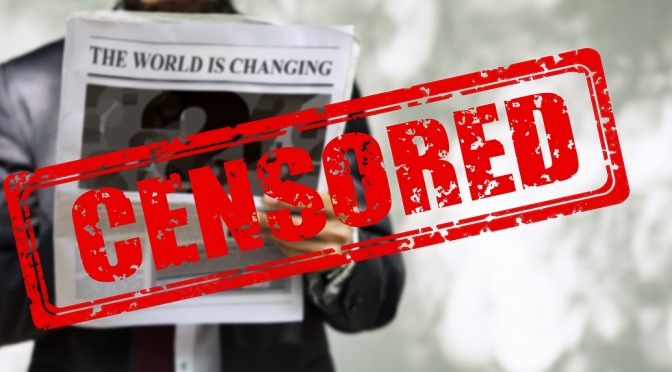 (Natural News) The video platform Vimeo has banned Project Veritas and Natural News on the same day, taking part in the criminal collusion among tech giants who are systematically silencing independent journalism that keeps exposing the criminality of the tech giants themselves.

Two days ago, Project Veritas released a bombshell video showing a Google executive named Gen Jennai who admitted on camera that Google is engaged in a massive criminal scheme to alter election outcomes and silence conservative speech. Google’s video platform YouTube, to the surprise of no one, banned that video in a desperate effort to silence the explosive revelations. (Yes, Google censored a video that exposed Google’s censorship, thus proving the video’s merits yet again.)

Despite being banned by YouTube, the video remained available on Vimeo, Bitchute and Brighteon.com, where it continued to gain huge viewership.

Yesterday, in an act of obvious criminal collusion with Google, Vimeo disabled the Project Veritas account, shutting off all its videos and taking down the particular video that revealed Google’s “massive criminal enterprise” which is now openly admitted to by one of its own executives.

As the creator of this video comments, with two articles (11 & 13) passed by the EU, the internet as we’ve known it is about to die. They have censored free speech into oblivion, and most folk are not even aware what has happened. Have a listen below.

NOTE: I find this to be true. Today I searched alternative search engines to bring up Dr. Mercola’s site. Everywhere I saw derogatory articles, posts on his ‘doubtful’ credibility and could not bring up his site at all. I tried three different search engines. The censorship has indeed cracked down. So what are they afraid of? Folk might find out some truth about the pharmaceutical industry? About how the natural health industry was sidelined. Been saying for a while now, the day will come that sites like this one will be history. The net’s drawing tighter.
EnvirowatchRangitikei

(Natural News) There’s a strong argument to be made that if iron-fisted tyranny ever comes to America, the statists in Silicon Valley will be leading the charge. These people (including workers at Facebook, Twitter, and especially Google) think nothing of undermining the United States Constitution and the freedom of speech in order to fulfill the Left’s twisted political agendas. Silicon Valley’s ongoing and seemingly unstoppable censorship of the Internet is, to a large extent, planting the seeds of tyranny in the fabric of America.

Late last month, Ray Gano published an article on his website discussing how Google is suppressing medical information and other content that the company deems unfit for readers. On page 108 of Google’s handbook, for example, Google states that “pages that directly contradict well established scientific or medical consensus for queries seeking scientific or medical information” are suppressed on its search engine, “unless the query indicates the user is seeking an alternative viewpoint.”

The question, of course, is as follows: does Google have to abide by the United States Constitution and the freedom of speech as outlined in the First Amendment, or does it get to dictate which users get to practice their rights and which users don’t? Considering the fact that the Constitution is the highest law in the land, Google should be compelled to abide by it, regardless of whether or not the page contradicts “well established scientific or medical consensus” or “well-established historical facts.”

Love this site. Last video I watched of Mike Adams speaking, he said he is targeted, not surprisingly. He continually & relentlessly exposes the lies of the ‘big boys’. They want to tell us how to think. We might think too hard by ourselves & figure out what they are up to.

(Natural News) In order to salvage the failing mainstream media and stop the public from getting news elsewhere, advertising and search engine behemoth Google plans to invest $300 million into a new algorithm that, for all intents and purposes, threatens to permanently destroy the independent news industry.

Known as the “Google News Initiative,” the program will redirect advertising dollars back to mainstream publishers and away from many up-and-coming news outlets that have broken free from the Wall Street propaganda machine. Google says it will begin to work with publishers to “elevate accuracy, quality content and stem the flow of misinformation and disinformation” – which is just code speak for censorship.

If Google gets its way – and what’s to stop the company at this point? – then you can say goodbye to websites like Natural News that probably won’t make the “cut” in terms of meeting Google’s “truth” standards. Google will quickly become the sole decider in what constitutes “quality journalism,” which it will prop to the top of the search engine list, while everything else will be de-prioritized.

In a statement, Google explained that it plans to work with the “news industry” to combat “fake news” and “build a stronger future for journalism.” And the company is teaming up with legacy names like The Washington Post, The New York Times, Financial Times, and media mogul Gannett Company, Inc. to make that happen.

“The initiative will include a new lab to analyze and parse out what is deemed ‘mis- and disinformation during elections and breaking news moments;’ a fact-checking partnership with Stanford University and corporate media non-profit groups like the Local Media Association and the Poynter Institute; and a new service meant to expedite reader subscriptions to pay-gated news websites, among other new projects,” explains Mint Press News writer Elliott Gabriel about the upcoming changes.