From zerohedge.com
by Tyler Durden

Authored by ‘Winter Oak’ via Off-Guardian.org,

One potential positive from the whole Covid-19 debacle is that we have learned an incredible amount about the society in which we live. This will be crucial if we manage to stave off a descent into a nightmare future of techno-fascist slavery.

We will have a new understanding of what our world has become and what we would like it to be in the decades and centuries to come. And “we” means we. While the majority have, apparently, learnt nothing at all from what has happened, they will eventually catch up.

There is no way that knowledge gained by a wide-awake 15% or 20% of the population will not end up being shared by almost everyone. Once the truth is out, it tends to stay out. As H.R. Haldeman so wisely put it, “you can’t put the toothpaste back in the tube”.

Here are Ten Things We Have Learned During the Covid Coup.

1. Our political system is hopelessly corrupt.

Virtually all politicians are hopelessly corrupt. No political party can be trusted. They all can be, and have been, bought. 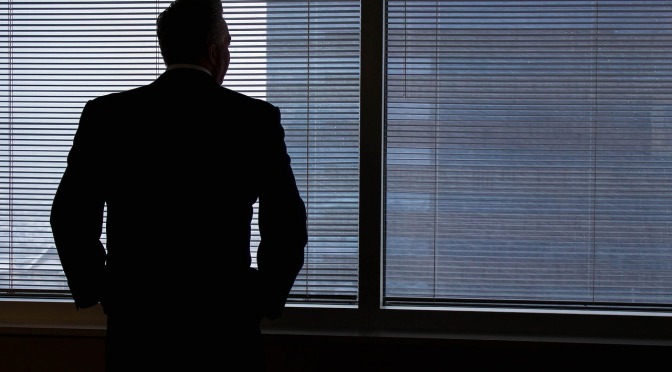 The following article appeared in the Christchurch Press in January 2002.
What’s intriguing is how the British team quickly identified indicators of an industry built on poison, and how their story echoes the voice of 1000’s of New Zealanders across the country – even after the ERMA reassessment of 1080 poison in 2007…Poison use ‘a sinister tale’.

The Press
Article date:
January 29, 2002NELSON — A British filmmaker’s criticism of 1080 poison use in New Zealand has alarmed government departments.

Terry Brownbill, making a documentary to be screened in Europe, says the real story behind our use of 1080 is “a sinister tale of corruption and bureaucratic indifference”.

The Department of Conservation (DOC) says his allegations of public lies and alleged corruption are unfounded.

The Ministry of Agriculture and Forestry, worried about the documentary’s impact on meat- export markets, says concerns expressed by Brownbill about the possibility of 1080 residue entering food are invalid.

Last May Brownbill led a two- man film crew on a three-week tour of New Zealand, talking to opponents and supporters of aerial 1080 use. The resulting documentary is still being edited.

Brownbill says DOC and the Animal Health Board (AHB) were “empires built on poison” and British viewers of his documentary would be horrified by the poisoning of New Zealand “in the name of the Queen”.

Brownbill said the programme made it very clear New Zealand’s pure image was a sham.

“When the world gets to know the full horror of how New Zealand is carpet bombing millions of acres of farmland and native forest, there will be a backlash which could seriously affect agricultural exports and tourism,” he said.

“Both DOC and the AHB are empires built on poison.

“New Zealand seems far more concerned about losing its clean-green image than it does about protecting its people.”

Animal Health Board communications manager Nick Hancox said the board was more interested in achieving its aim of reducing TB in New Zealand than “empire building”. —NZPA

“Brownbill claimed to have found a “hot spot” of 9 people suffering with brain tumours, living around the small town of Kumara, on the West Coast. He went on to say that he believed the tumours were a result of an incident in which he said five tonnes of 1080 bait was buried near a stream in the area, and that no Medical Officer of Health went on to investigate this “hot-spot.” “
The Graf Boys

Clyde Graf
After finding it difficult to get help, from what they believe is 1080 poisoning, the owners of an iconic tourist business based on the west coast of the South Island have established a free-call number – 0800 BAN 1080 (0800 226 1080) – for people to share their experiences after aerial 1080 operations.

The concern about 1080 poisoning is not a new phenomenon. While filming on the West Coast in 2002, a British film crew led by Terry Brownbill, stated New Zealand’s use of 1080 poison “was a sinister tale of corruption and bureaucratic indifference.”

Brownbill claimed to have found a “hot spot” of 9 people suffering with brain tumours, living around the small town of Kumara, on the West Coast. He went on to say that he believed the tumours were a result of an incident in which he said five tonnes of 1080 bait was buried near a stream in the area, and that no Medical Officer of Health went on to investigate this “hot-spot.”

However, the Agriculture Minister at the time, Jim Sutton, said the “1080 documentary maker should put up or shut up,” and disputed the British journalist’s claims, inferring that “the risk of 1080 residues entering the food supply is very low.”

History shows that Mr Brownbill’s claims do have credibility. Hundreds of farm animals – including sheep, dry stock, cows, horses, and deer – have been poisoned in aerial operations across the country, since the British film crew left New Zealand. It would seem improbable that all of these animals had received a lethal dose, without any of their surviving paddock companions, not receiving sub-lethal doses. (Only about one animal is tested for 1080 residues in every 2 months, and is randomly chosen from anywhere in New Zealand. So the chances of actually striking an animal from where a drop has taken place within a few days of testing, is consequently, very low.)

There are plenty of cases of farm animal deaths following aerial poisoning operations, from Northland to Southland.

In one case, it was reported in the Wairarapa Times Age that 9 dairy cows were poisoned by 1080.
The processing plant spokesperson stated that “at the end of the day if contamination is suspected we’d like to hear about it”. The milk from the cows was subsequently processed into milk powder before the farmer had warned the processing plant that his cows had been poisoned.

In the documentary Poisoning Paradise, Taupo (Western Bays) farmer Lance Aldridge states that his neighbor had over 150 sheep poisoned in one operation, and that in other drops he has had deer and cattle poisoned, with test results showing 1080 residues in carcasses as much as 12 months after the poisoning operation took place. He states that he believes the animals were either poisoned by the 1080 remaining in the fields where the animals were grazing, or from streams feeding the farm, following another drop over 5 kilometres away.

The creators of the free-call number believe there is mis-trust and fear among communities, of not being taken seriously when contacting the authorities, especially when those they are encouraged to engage with are the very departments dropping the poisons.

In 2008 midwives from Karamea, also on the West Coast, warned several pregnant ladies to leave the district while an aerial 1080 drop was being conducted. The response to their warnings from authorities was astonishing and swift. The mid-wives were humiliated publicly. Not surprisingly, another drop is planned for the Karamea region this year.

In December 2008, the Ministry of Health published a statement including the following paragraphs:
“Studies show that 1080 can cause foetal skeletal malformation, cardiomyopathy/damage to heart muscle, and testicular effects/reduction in sperm count in animals.”

“To date, there are no known epidemiological studies that have been carried out in relation to 1080 and potential adverse health effects on humans.”
It’s not just health concerns that the 0800 number is setup for.
Many people, all across New Zealand have had their pets and live stock poisoned. “We’d like to hear from them too,” stated the 0800 free-call trust’s spokesperson.

The inconvenience and investigations that follow placing a complaint, discourage victims.To make a claim, and have that claim registered, and officially recorded, is a long and complex process. Hence the recent claim by the PCE that only 8 dogs have died from 1080 poison in the last 4 years. This is inaccurate.
One Taupo farmer alone has had 8 of his working dogs die after poisoning operations around the farm he manages. The killings are endless, right across our country.
Do the people of New Zealand have reason to be concerned? Yes they do.
Should the people of New Zealand rely on government departments, government organisations and industry supporters to provide them with robust research, and consumer confidence – when the pest control company that imports 1080 poison and produces the 1080 bait, is owned by our government, and when the Minister of Finance and the Minister of Agriculture represent 50% shareholdings in the company that imports the poison? No, they shouldn’t!
“If you have been a victim of 1080 poisoning, or you know of someone that has, please phone 0800 BAN 1080, and talk about it. If you believe you’ve been poisoned, you’ve had stock poisoned, your water-supply poisoned, or your pet poisoned – even if it’s historical – please call and let us know. It’s free, it’s independent, and it’s confidential. It’s time to start a credible record of the impact of poisoning operations.” Said Clyde Graf.

And one last thing – take advantage of the opportunity to watch Poisoning Paradise free, at the Green Unplugged Film Festival, and please spread this 0800 free-call phone number to your friends and family. The destructive use of 1080 poison can only be stopped, with your help.