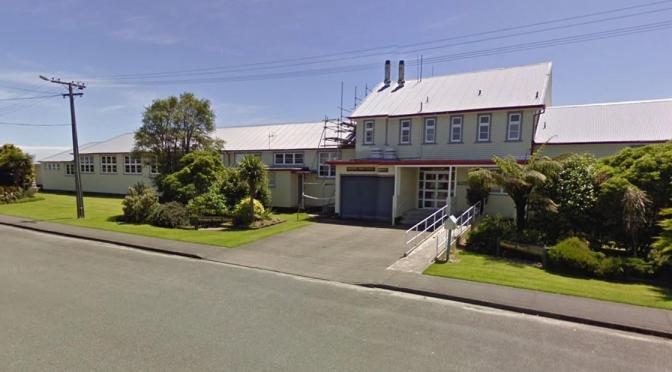 This item of news has naturally gotten people very concerned. Some of us know our water is not healthy to drink, either polluted straight from the source, or treated. Treated means you ingest chlorine & other chemicals, sometimes fluoride (& note Auckland is now making noises about mandatory fluoridation up there). Chlorine has been a known carcinogen for quite some time & has links to other health problems as well. Anyway the article points to a mysterious illness but says little else, no mention of symptoms, nothing … this always invites speculation. Where I posted this newshub article on social media a local has commented thus:

“Here’s a yarn. 930 Wednesday night Buller council put boil water notice in effect as pipelines are been repaired and treated water was lost, low pressure was given to town to help reinstate. So we boiled water for three minutes for drink bottles the next day. I tell the kids a story about giardiasis and coughing, reinforcing don’t drink water from school.” According to this person only one teacher at the school gave alternative/safe water to the children.  He said his son drank from the drinking fountain & became violently ill that Saturday, vomiting every 20 mins. Although the principal had made a statement that the fountains were turned off and children had no access, which is a lie.
Coincidence or not, you decide.”

Another commenter has said a child has tested positive for e-coli. Obviously these are just conversations but still very real for those involved.

“E-coli is responsible for more than 85 percent of all urinary tract infections, according to research published in March 2012 in the journal Emerging Infectious Diseases.
In children, severe giardiasis might delay physical and mental growth, slow development, and cause malnutrition”. (Info supplied … see comments section).

This article from stuff claims the boil water instruction has nothing to do with the outbreak. A curious coincidence however, please draw your own conclusions.

All up this whole incident invites much speculation & highlights the fact that NZ authorities are not taking the contamination of our waterways seriously. With only 40% of our waterways safe to swim in now let alone drink from, they persist in tipping 1080 into the waterways with (apparent) glee. Environmentalists have been petitioning the government to desist from this for decades, all falling on deaf ears.  They have even tweaked the RMA rules to allow them to do this in spite of the manufacturer’s instructions telling them quite plainly to avoid distributing into waterways. Is it any wonder we have widespread speculation on the many mystery illnesses floating around? This particular region has been poisoned with 1080 also, distributed by hand. A map reveals quite prolific distribution.
If you go to the DoC website & click on 1080 at the main menu, then ‘where 1080 is used’, select ‘West Coast’. The first screen requires you to read the terms etc … scroll down & tick the ‘I agree’ box (bottom right of screen) which takes you to the map. You also need to see ‘layers’ left hand side to the bottom, which allows you to click on which view ie where 1080 has been laid & where it will be laid. Below is a screenshot.

Note: We are not saying this illness was due to 1080 poisoning … we are bringing to your attention the very real need for caution around the application of 1080 to your environment. It is just one of many environmental risks to our health today. Risks your government seems not too inclined to desist from subjecting us to. A glance at this map indicates that this area has been widely treated with 1080. If you zoom out and compare the rest of the South Island you will see how prolific the red patches are (red being 1080’d areas).

Unlike our authorities, folk should be taking a safer route by using the precautionary principle of not drinking from the public supply at all. Distilling is preferable in terms of purity in my opinion. 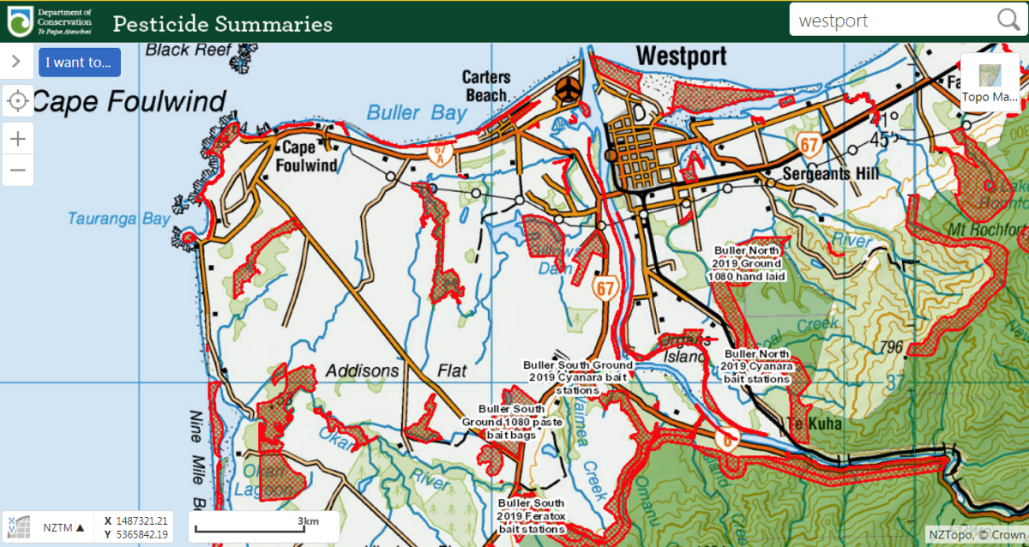 Here is the brief article from newshub:

“A school on the South Island’s West Coast has been closed due to a mystery illness.

Westport North School had 66 students off sick on Monday, out of a roll of around 189 students.

“There are some very nasty bugs doing the rounds. Please do not send your child to school if they are unwell and keep them home for 48 hours after they last show any symptoms,” the school’s Facebook page said on Monday.

The school website says the Board of Trustees has decided to shut down the school for three days.

It will be disinfecting and cleaning all of the schools’ surfaces and will decide whether to reopen on Friday.

Since posting this article word has come to light that of 6 tested for influenza 5 tested positive. It is being labeled the possible cause for the outbreak. Would be good if all were tested wouldn’t it? Sixty six is a lot of kids. To be honest in light of recent goings on  I don’t personally place a great deal of confidence in the authorities mandated with protecting our health. However, here is hoping those children get well & don’t contract further serious illness. 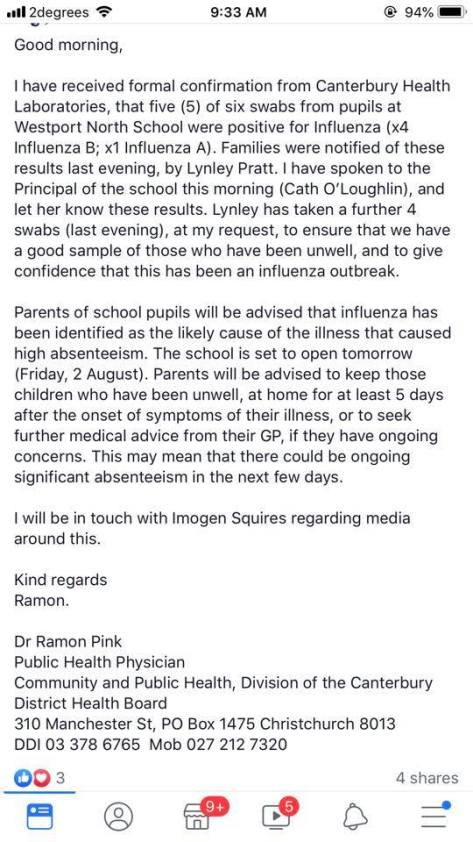