Ponder the implications of taking a VX that encourages the cells in your body to produce S proteins.Over 30% of serious Adverse Reactions to the Pfiz V are CARDIOVASCULAR.

“Scientists have known for a while that SARS-CoV-2’s distinctive “spike” proteins help the virus infect its host by latching on to healthy cells. Now, a major new study shows that they also play a key role in the disease itself…”

Should you deny or disbelieve that biowarfare has been secretly unleashed on citizens for a very long time, this story is going to be a little difficult for you to explain away as normal weather. (Read to the end for a similar event in NZ) EWR

In August 1994, Oakville, Washington, heavy rainfall in the small town turned out to be tiny blobs of gelatinous goo. It blanketed 20 square miles and brought with it a plague .. everybody in the whole town got a really bad unusual flu that lasted from 7 weeks to 2-3 months.

Two policemen at 3 am stopped to clean their windscreen of the goo which turned out to be like gello they said. By mid afternoon that day one of them said he was very ill and could barely breathe. Another woman in the town who touched the goo said she became dizzy and nauseated and eventually collapsed on the floor. Her family who found her there reported she was cold, drenched with perspiration and pale. She had been vomiting, and had extreme vertigo and blurred vision. She spent 3 days in hospital & was diagnosed with a severe inner ear infection. They took a sample of the goo to the hospital lab where they found it contained human white blood cells, however there were no conclusions about what the substance was or why it had fallen from the sky. The goo was then forwarded to the Washington State Dept of Health for further analysis. Microbiologist Mike McDowell said “It was very uniform, there was no structure that we could see visibly or under a microscope”. After attempting to isolate bacteria it was found the substance was teeming with two species of bacteria … one of which makes its home in the human digestive system. Human waste from an aircraft was ruled out as the cause.

The gelatinous rain fell down 6 times over a 3 week period. Dozens of people fell ill and several cats and dogs reportedly died. The substance and any connection it may have had with the outbreak of sickness remained a mystery.

A year after the incident the woman who had collapsed took a sample she’d stored in her freezer to a private research lab. The microbiologist from Amtest labs said he’d identified what he thought was a cell that has a definable nucleus and is found present in most animals. The conclusion was that this was living matter but posed the question how did it make its way into the clouds? Inevitably the finger of suspicion was pointed directly at the military. Since the Navy had been conducting live bombing runs at sea, and confirmed this, they nevertheless deny any knowledge of the unknown substance, or any involvement in creating or dispersing it. The locals didn’t buy that. Locals reported a significant number of military craft flying over their homes prior to the event. Every day apparently there were low flying bombers and helicopters, all black in colour. Another local said that the military let off things in the air all the time there … testing all over the place with a lot of places out of bounds for people. Clearly the locals suspected biological warfare, and believed that they were being used for a ‘test run’ to see what might happen.

RELATED: the following article from Northland NZ Chemtrails Watch describes an outbreak of illnesses in NZ:

For further info on weather modification / geoengineering / chemtrails see: https://envirowatchrangitikei.wordpress.com/geoengineering/ (links there to other sources also). There are also related links at the end of the NZ article.

Photo by reza shayestehpour on Unsplash

Watch this before it disappears. I’m sure it eventually will… EWR  (alternative link here if this one won’t play). 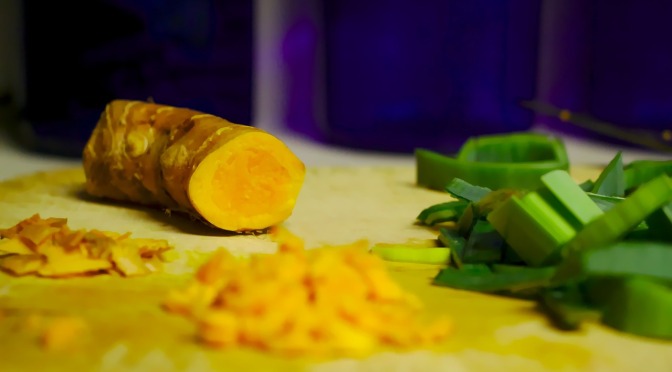 With certainty, turmeric is one of the most popular spices in the whole world and it has extraordinary culinary and medicinal properties. It has been used in Ayurvedic, Indian, and Chinese medicine for a long period of time. This spice has a unique flavor and a deep yellow color.

People have used it as a powerful natural remedy for a variety of health problems such as respiratory issues, liver diseases, skin problems, muscle sprains, cuts and wounds, and gastric issues. What’s more, it can be highly beneficial against issues with the digestion, various types of infections, inflammations, as well as malignant tumors.

Curcumin, the active ingredient in turmeric, possesses anti-inflammatory, antioxidant, and anti-microbial characteristics that make it the perfect natural solution to microbes, gastritis, peptic and gastric ulcers, and H. pylori.

Here is a video by South Canterbury Skywatch (NZ). Rainwater analyses world wide, it’s been found, have high concentrations of Aluminium, Barium, Strontium and even Titanium.  Alarmingly, these high concentrations are also being found in New Zealand’s rainwater. These three elements have also been found in the fallout from weather modification programs (aka chemtrails), so they are in the air we breathe. And, as is pointed out in this video ‘we were not designed to breathe these materials’.   Their presence in our water is not a natural occurrence.  Soil Biologist Frances Mangels tells us there should be no heavy metals in rainwater.  Mangels has been investigating the cumulative effects of these metals on animal and plant life at Mt Shasta California. In this video you will hear Mangels speak.  Do pause and consider:

“… we were not designed to breathe these materials …”

Aluminum has been scientifically linked with Alzheimer’s Disease. “Aluminum has been long known to be neurotoxic, with mounting evidence that chronic exposure is a factor in many neurological diseases, including dementia, autism, and Parkinson’s disease.”   Dr Mercola

And Barium? “Ingesting large amounts of barium can cause changes in heart rhythm, paralysis and possibly death.”

Here is a list from StopSprayingCalifornia.com outlining all the other ingredients found present in chemtrails from independent testing:

If you think geoengineering aka chemtrails are a hoax read this article by GlobalResearch.ca  The practice of weather modification has been in motion for 60 odd years and is very well documented (ClimateViewer.com). Just not covered or acknowledged by mainstream media, or our governments. It is covert, however on top of all the scientific evidence now of soil and water contamination, there are also many whistleblowers who have exposed the practice.

“Once again another rain test showing contaminants of Aluminum, Barium and Strontium. These samples were taken in September and its a follow up on the samples i had tested in 2014.
You can find an article on
“NORTHLAND NEW ZEALAND CHEMTRAILS WATCH”
https://chemtrailsnorthnz.wordpress.com/
Also links to the other test article and many, many more can also be seen here.
To Listen to more from retired USDA Biologist, Francis Mangels you can find the 42minute video clip here:
https://youtu.be/9jf_nVLGDTo