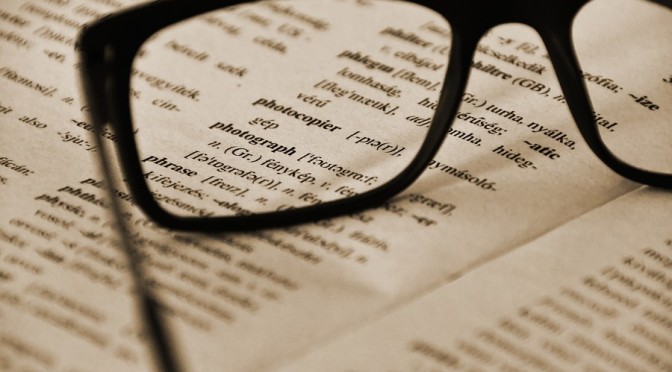 Iceland’s Chief Epidemiologist Suggests COVID-19 Restrictions Could Last For Up to 15 Years (eutimes.net)

From Marcus (thank you)

Pastor speaks out against vaccines

Thanks to some of our regular readers for these links:

New Nuremberg Trial to take place on September 21st 2021 on the Isle of Man (ourtube.co.uk)

The Real Cause of COVID-19 (Not a Virus)
https://www.bitchute.com/video/HQb9DJmy9bDb/?fbclid=IwAR3sNEmAabVChpDvUeyRIEzhKxpS4mimalGqohwYENLiWHbKw6KX0AEJxqc 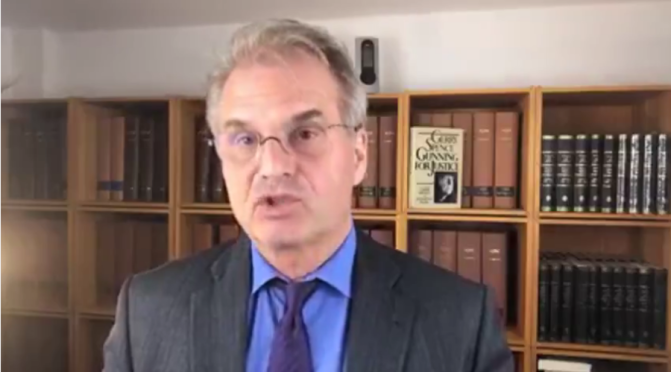 Listen at the link:

The intriguing history of the beginnings of the ‘pandemic’, the persons behind the scaremongering announcements, the 12 years prior same scenario with the swine flu, the fingers of Gates in the pie and the pushing of vaccines as the ‘answer’ and the silencing of all voices of dissent. There’s more ….

Thanks to contributors for these headlines:

STUDY ON THE ELECTROMAGNETISM OF VACCINATED PERSONS IN LUXEMBOURG (PDF)

“Independent MP Derek Sloan holds a news conference on Parliament Hill to raise concerns about the alleged censorship of doctors and scientists as well as medical information related to vaccines. The Ontario MP has been critical of lockdowns that have been in place due to the COVID-19 pandemic, and also sponsored a petition questioning the safety of COVID-19 vaccines. He is joined by a trio of trio of doctors and scientists.”: https://www.youtube.com/watch?app=desktop&v=vUrp5PlnBwQ&feature=youtu.be&fbclid=IwAR3i7xGctVro2H4AfIbbiqza7Zh0HxCac2jJncDOxLnCCcUemtihE9hzoRQ

Dr. Mike Yeadon is a scientist who is familiar to regular readers of Health Impact News. Being the former Vice President and Chief Scientific Officer of the Allergy & Respiratory Research division within the pharmaceutical company Pfizer, he has an insider perspective on the new experimental COVID injections, and has been trying to sound the alarm on them since last year (2020).

He was recently interviewed by Mordechai Sones (also known to Health Impact News readers), who earlier this month was named as the News Director for America’s Frontline Doctors.

At the outset, Dr. Yeadon said:

I’m well aware of the global crimes against humanity being perpetrated against a large proportion of the worlds population.

I feel great fear, but I’m not deterred from giving expert testimony to multiple groups of able lawyers like Rocco Galati in Canada and Reiner Fuellmich in Germany.

I have absolutely no doubt that we are in the presence of evil (not a determination I’ve ever made before in a 40-year research career) and dangerous products.

In the U.K., it’s abundantly clear that the authorities are bent on a course which will result in administering ‘vaccines’ to as many of the population as they can. This is madness, because even if these agents were legitimate, protection is needed only by those at notably elevated risk of death from the virus. In those people, there might even be an argument that the risks are worth bearing. And there definitely are risks which are what I call ‘mechanistic’: inbuilt in the way they work.

But all the other people, those in good health and younger than 60 years, perhaps a little older, they don’t perish from the virus. In this large group, it’s wholly unethical to administer something novel and for which the potential for unwanted effects after a few months is completely uncharacterized.

In no other era would it be wise to do what is stated as the intention.

Since I know this with certainty, and I know those driving it know this too, we have to enquire: What is their motive?

A class action, or representative action, is a lawsuit in which a large group of people collectively bring a claim to court, or in which a certain class of defendants is sued

Reiner Fuellmich  is getting that support from the thousands of lawyers worldwide to bring the Covid19 scandal set up in Davos to the tribunal.

Reiner Fuellmich is the lawyer who succeeded in co-convicting the car giant Volkswagen because of its modified catalytic converters.

And it is the same lawyer who succeeded in condemning Deutsche Bank as a criminal enterprise.

Deutsche Bank agreed to pay more than $130 million to resolve/buy off the case because of foreign corruption practices and fraud cases.

So now he faces his next job. The job of a lifetime, supported by thousands of lawyers and experts worldwide.

According to Reiner Fuellmich, all the frauds committed by German companies are nothing compared to the damage this Covid-19 scam has caused and continues to cause.

This Covid-19 crisis should be renamed the “Covid-19 scandal” and all those responsible should be prosecuted for civil damages resulting from manipulation and falsified testing protocols.

Therefore, an international network of corporate lawyers will litigate the biggest tort case of all time namely The Covid-19 fraud scandal which has since become the biggest crime against humanity ever.

On the initiative of a group of German lawyers, a Covid-19 commission of inquiry was set up with the aim of bringing collective action on an international level on the basis of Anglo-Saxon law.

The hearings of, among others, hundreds of scientists, doctors, economists and lawyers of international repute conducted since October 7, 2020 by the Berlin Commission of Inquiry into the Covid-19 affair have now demonstrated with a probability approaching 100% certainty that the Covid-19 scandal was never a health issue – Dr. Fuëlmich on February 15, 2020

Court sessions can be found here

“Rather, it was a matter of strengthening power, illegally obtained by criminal methods of the corrupt ‘Davos clique’, by transferring the wealth of the people to the members of Davos on the backs of small, and especially medium-sized businesses, among others.”

The committee’s conclusion is that Covid-19 is being used as a diversionary tactic by business and political “elites” with the goal of shifting market shares and wealth from small and medium-sized businesses to global platforms such as Amazon, Google, Uber, and other big tech and multinational corporations.

Platforms such as Amazon, Google, Uber, and other bigtech have thus appropriated their market shares and their wealth

“We have seen what has been confirmed time and time again: the dangerousness of the virus is about the same as that of seasonal flu, regardless of whether it is a new virus or whether we are simply dealing with an influenza renamed Covid-19 pandemic.”

Meanwhile, Drosten’s PCR tests can tell us nothing about contagious infections. The test is simply irrefutably proven NOT to be made for that and incapable of doing so.

To make matters worse, the health and economic damage caused by the anticovid measures is so devastating that it is necessary to speak of a historically unique level of destruction.

To panic the population, dangerous and harmful containment measures were introduced (even by the WHO) such as the mandatory wearing of a useless and dangerous mouth mask and social distancing. Useless and counterproductive. So the population was “ready” for the injections.

The world’s population served as guinea pigs for these experimental injections of genes, both gradual and extremely rapid.

Meanwhile, more and more people, and not only lawyers, are demanding, in addition to the immediate termination of these lethal measures, a judicial review by a truly independent international tribunal, on the model of the Nuremberg trials.

An example of such a request by English physician Dr. Vernon Coleman: video

Moreover, an interview with a whistleblower from a Berlin retirement home reveals that of the 31 people vaccinated there, some by force and actual violence in the presence of Bundeswehr soldiers, while their (useless) “test” was negative prior to vaccination. Eight people have now died and 11 have serious side effects.

What is really at stake?

To fully understand what is at stake with this new Nuremberg tribunal to try the greatest crime of all time, we must start with the lie of Drosten and the Corman-Drosten paper about the PCR test in the name of Davos… One of the grossest lies in history that has done improbable damage and has everything attached to it.

Then Klaus Schwab, the great architect of this gigantic hostage situation, the sponsors of the financial oligarchy, the politicians at the head of the EU armed with the implementation of Drosten’s guidelines and WHO was what led to all Western governments making the devastating decisions about containment, curfews, mandatory mask wearing, social distancing and other draconian measures against a non-existent danger.

On top of that people are motivated to get vaccinated based on a lie. If that doesn’t work then governments will force the populations. Directly or indirectly.

“These are the truths that will take off the masks of those responsible for the crimes committed“, says Dr. Fuellmich,

And to politicians who trusted these corrupt figures, he says:

“These facts may be another salvation for them that can help them put things right and initiate the long-awaited scientific debate of the public, to avoid that they too will be compared and tried with these criminal charlatans.”

The international legal coalition will become operational this month.

Also, the commission is trying to take protective measures such as protecting regional agricultural structures, securing a regional currency to prevent a new currency from being assigned “from above,” and working to rebuild a new media landscape that offers truly independent information.

For latest updates about the tribunals and more, we recommend to follow our Telegram channel

Photo: wikipedia – Four flags hanging from the Palace of Justice, 1945 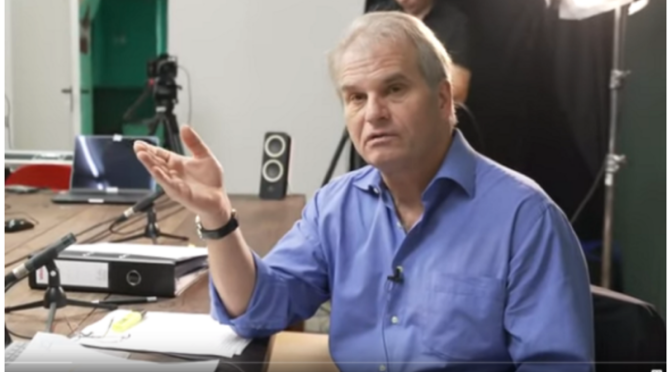 By TONY MOBILIFONITIS
REINER Fuellmich, the German lawyer who successfully led lawsuits against the corporate giants VW and Deutsche Bank, is about to launch lawsuits in Germany and the US over alleged false claims around the COVID-19 “pandemic” panic and the PCR test upon which it is based.

The lawsuit should be closely watched across the countries where fascist, totalitarian restrictions have caused mass economic disruption, unemployment, small business losses and person mental and physical harm. PM Scott Morrison, the premiers and the high-flyer health bureaucrats calling the shots need to be watching this closely too, for obvious legal reasons.

“That is the tool they’re using to keep people in panic mode. And there’s no basis for this panic, because as I just pointed out, even according to the WHO, which couldn’t escape the conclusions of (Professor) John Ioannidis (of Stanford University) that mortality or lethality is roughly the same as the common flu.”

Fuellmich features in mini-documentary called Planet Lockdown, which outlines the case and its development over the past year. He says a number of lawsuits will be filed, from Germany first and then the US. Respondents will include Richard Wheeler, a principal investigator at Oxford University and virologist Christian Drosten, who on January 23rd, 2020, along with other virologists in Europe and Hong Kong, published a workflow of a real-time PCR (RT-PCR) diagnostic test, later accepted by the WHO, which sent test kits to affected regions worldwide.