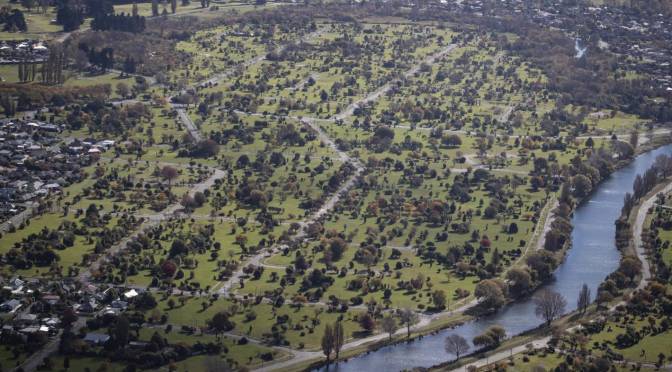 We’ve been reporting the agenda for years, and now it’s formalized. Post-quake Christchurch belongs to the UN New World Order. How so?

Immediately after the 2011 quake that devastated the CBD and large portions of the Eastern suburbs, the government stepped in and purchased the “Red Zone” land. As for the rest, the government and local council nutted out responsibilities and ownerships. Taxes were raised, rates were raised, and insurance payouts dished out (and private insurance raised).

Now, the land and assets purchased and owned by The Crown has now been essentially handed to local council.

What does this actually mean?

On the surface, it would appear that land and assets have gone from government ownership into the hands of “We The People”, the ratepayers of Christchurch. Wonderful, you think? Dominic Harris (no relation) thinks so:

Handing authority over the residential red zone to the residents of Christchurch is a welcome return of power to the people, campaigners believe.

Ownership of the vast swathe of land where almost 7000 houses once stood will be transferred to the city council over the next two years as part of the final post-quake settlement between the authority and the Crown.

Is it a bird, is it a plane, is it superman? No, it’s a giant wrecking ball and its coming near you soon.

The public remain in the dark about plans by Horowhenua District Council to transfer up to 40 percent of public assets to the recently established property investment trust called Horowhenua NZ Trust.

The only item on the 6 June agenda to be discussed in a publicly excluded part of the meeting refers to “Legal Matters: Settlement Options – Historic Dispute” which, if this refers to the transfer of public assets, appears to be deliberately worded to hide council’s intention.

Council will discuss and vote on this item in a publicly excluded part of the meeting on the grounds, “The withholding of the information is necessary to enable the local authority to carry on, without prejudice or disadvantage, negotiations (including commercial and industrial negotiations).”

One of the big problems residents have is how the commercial confidential clauses of the Local Government Act deny the public opportunities to be a part of discussions in the public interest. Also, the public don’t know how councillors vote on publicly excluded matters or whether councillors have undeclared conflicts of interest.

It is the only clause of the Local Government Act available to council’s, who may be motivated by self and vested interest rather than public interest, because it allows council’s to side-step obligations to be transparent and accountable.

But when council’s get into bed with land and property developers to the extent this council has then serious concerns about how the commercial confidentiality clause of the Local Government Act is being used are justified.

The most glaring example of this was the sale of the former council owned pensioner housing portfolio to one of the biggest land and property developers in the country Willis Bond for a firesale price of $5.2 million resulting in a loss of $1.86 million.

The Office of the Auditor General is making a determination on this matter and conflicts of interest but, to put it mildly, residents aren’t holding their breathe that an investigation of any real merit will be pursued.

In a report on supporting the establishment of the Horowhenua NZ Trust economic development manager Shanon Grainger stated, “The Trust operates through a Trust Deed in standard fashion. That Deed holds trustees to account, trustees operate under the standard legislation and case law applying to trustees. This is a high level of accountability with sanctions and remedies.”

But the public don’t know how the Trust will operate because the Trust has not been legally registered, there is no Trust deed to refer to and who the specific directors are still has not been announced.

Not only has the council publicly stated it intends on transferring up to 40 percent of assets to the Trust but an unknown amount of ratepayer funds that council spends on “economic development” will also be funnelled to the Trust.

The only public comment made about how much council spends on “economic development” was a vague statement made by Mr Clapperton the dollar amount was unknown because it is within the Representation and Community Leadership budget of $4.1 million annually!

Plans by the council and the yet-to-be legally registered Horowhenua NZ Trust move relentlessly forward even though the public are being consulted on a myriad of plans and strategies that, if adopted in their present form, will unleash an explosive number of land and development, demolition and construction projects across the district.

Clearly though this trend of council’s getting into bed with land and property developers is undergoing a 21st Century renaissance. Listen to what is happening at New Plymouth District Council: “The council wants to sell part of Peringa Reserve – including half of a public golf course – to housing developers for $35 million. Opponents say it is protected recreational space and should be kept. RNZ Taranaki reporter Robin Martin has more.

New Plymouth council’s ‘land recycling’ like Animal Farm
The New Plymouth district council has come under fire for describing a proposal to sell part of a coastal reserve as “land recycling”. The council wants to sell part of…
RADIONZ.CO.NZ
SOURCE
Note: As the additional link on New Plymouth shows, councils up & down the land are using the tried & true method of relieving you of your public assets your forbears worked to provide for succeeding generations. Public Private Partnerships. Listen to Joan Veon on that topic (see our Agenda 21/30 pages). Buying your assets for a song literally via the back door. This link  will take you to related examples of this in NZ including Joan Veon’s information. Let’s not forget these transfer of assets seem to be happening with no rhyme or reason as to their value, witness the transfer of Horowhenua’s pensioner flats to Willis & Bond property developers with front company Compassion Housing formed a week before the sale, at a loss of $1.86 million (ie sold that much below their true value, a right royal gift for W&B. Enjoy (if you can). EnvirowatchRangitikei

“I decided to write the book following my initial shock in reading the New Zealand Herald, November 3, 2012, article, ‘Kaipara rates rebellion grows,’ about the huge, extortionate 40% property rates/tax increases being imposed by Kaipara District Council on ratepayers in New Zealand.

After an extensive study of Marxism/Socialism/Communism over many years – upon reading the article, it immediately became plain to me that what was happening to Kaipara citizens and ratepayers was not only unique to New Zealand – but was part of a global plot now taking place in all countries planned many years ago by the British Fabian Society.

Basically, I believe, Kaipara District Council is being insidiously used as a “test case …”

This looks like Agenda 21/30. Land grabs in other places also. Search other articles in ‘categories’. See all of our Agenda pages at the main menu, also see Local Govt Watch pages also at the main menu. Similar happening in the Christchurch rebuild.

Matata landowners have been left in limbo after a proposal to strip existing use rights over safety concerns was accepted by Bay of Plenty Regional Council.

The landmark decision will see 34 houses and sections lose the right to inhabit their property as part of a voluntary retreat. It is believed to be the first time the Resource Management Act has been used in this manner.

Whakatane District Council lobbied Bay of Plenty Regional Council to consider a plan change that will prohibit residential activity in the Awatarariki Fanhead at Matatā after March 2021. The plan change was suggested after $1.2 million was spent investigating how to mitigate safety concerns to residents unsuccessfully.

The plan change will prohibit all residential activity in the affected area.

READ MORE:
* A town damned becasue a dam was never built
* Anger at forced acquisition of 34 Bay of Plenty properties

Impacted residents say they will fight the plan change through legal means.

“We don’t want this to end up in court but when you back people into a corner they fight,” resident spokesman Rick Whalley said.

“That’s where we are now. We’re backed into the corner and we have to fight. They have taken away everything we have. We can’t sell. We can’t get loans. What other option do we have?”

Agenda 21, now 2030 is a UN document that unveils the extended LT plan for the planet. It is affecting all of the world now as it has been implemented by degrees planet wide for decades now. The primary tool is through your Local Government. See our Agenda 21/2030 pages for more information & follow the other links below the video.
EnvirowatchRangitikei 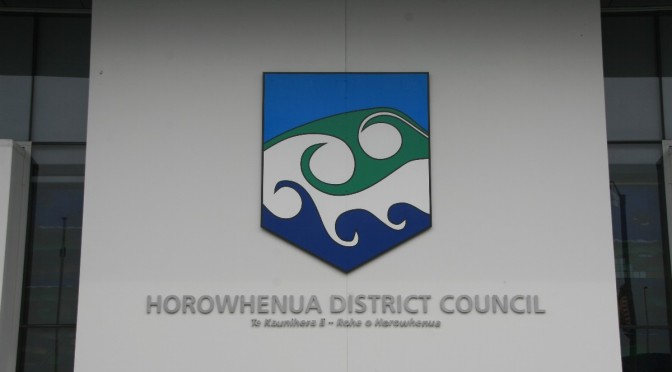 “Regardless of how much it sold for, the purpose of the sale was not to make a profit, but to make sure a “sustainable” service was put in place for the council’s existing tennants, Clapperton said. “ ….. yeah right! And that nice word again that all Agenda 2030 ICLEI councils bandy around… “sustainable”… like HDC’s sustainable environmental practices (spraying/discharging sewage over everywhere & into the waterways with impunity).. and “Compassion Horowhenua” (that is really the front company for WILLIS & BOND THE PROPERTY DEVELOPER) is going to build more housing for pensioners (only for 12 years mind)… words escape me. How dumb they must think we all are. Or is it because if you tell porkies long enough everyone will believe you?
EnvirowatchRangitikei

The Horowhenua District Council was looking to reap a market-value sale price on its pensioner housing, but sold it for millions less.

A document obtained by Stuff reveals the rateable value of the council’s 115 pensioner housing units is $9.2 million.

But, it sold to Compassion Horowhenua for $5.5 million, Stuff confirmed in June.

The document – a proposal about what the council calls a “community housing transfer” – says the council aimed to “receive a fair market value on sale”.

The council would not confirm how much the housing sold for, but conceded the sale price was less than $7.19 million, the units’ book value.

Rateable values are set every three years by Quotable Value.

The book value, made by independent valuers, took into consideration the average age of the portfolio and that 50-60 per cent of the stock would have to be replaced over the next 20-25, years at an estimated cost of $4.3 million, Clapperton said.

Until the sale was complete, possibly by September 30, information about the deal would remain confidential, he said.