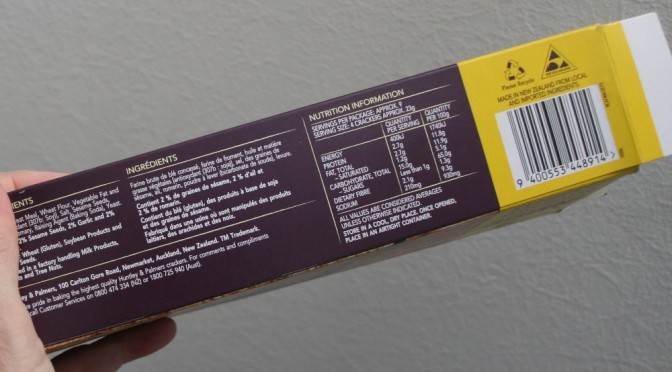 Ten Thousand Chemicals in Food and Food Packaging: What Are These Substances Doing to Our Children?

The majority of additives in U.S. foods have undergone either inadequate or zero regulatory oversight. American Academy of Pediatrics (AAP) just issued a policy statement about the risks to children’s health of the more than 10,000 chemicals directly or indirectly added to food and “food contact materials” in the U.S. with three primary aims: (1) to review and highlight the significant health concerns associated with the chemicals in foods; (2) to formulate recommendations that pediatricians can share with families; and (3) to propose “urgently needed reforms” pertaining to regulation of food additives by the U.S. Food and Drug Administration (FDA)

Public health challenges related to the foods that American children eat are a not-infrequent topic of national conversation. With 38% of children either overweight or obese, the childhood obesity epidemic tends to top the list of concerns, along with related issues such as children’s fast food consumption and the damaging effects of junk food advertising.

According to a recent nationally representative survey, about 60% of the calories consumed by Americans come from “ultra-processed” foods and beverages–defined as products resulting from “several sequences of industrial processes” and including additives “used to imitate sensory properties of foods or to disguise unpalatable aspects of the final product.” Alarmingly, the survey showed that adolescents (10- to 19-year-olds) were among the biggest consumers of ultra-processed foods and that their intake of these foods increased from 2007 to 2012, rising to over two-thirds (68%) of total calories consumed.

Given that teens are relying on additive-filled processed foods for the bulk of their calories, it is noteworthy that the American Academy of Pediatrics (AAP) just issued a policy statement about the risks to children’s health of the more than 10,000 chemicals directly or indirectly added to food and “food contact materials” in the U.S. Published in July 2018 in Pediatrics, the AAP commentary has three primary aims: (1) to review and highlight the significant health concerns associated with the chemicals in foods; (2) to formulate recommendations that pediatricians can share with families; and (3) to propose “urgently needed reforms” pertaining to regulation of food additives by the U.S. Food and Drug Administration (FDA). The majority of additives in U.S. foods have undergone either inadequate or zero regulatory oversight.

products you won’t purchase when you find out how it’s made Subscribe to our channel: http://goo.gl/9CwQhg For copyright matters please contact us at: david.f@valnetinc.com We’re back yet again with another video detailing all sorts of products you love and the disgusting things hidden away inside. Many of these products are known to be bad for you, but ignorance is bliss. That is, if you don’t know specifically what’s in it, then it’s not ‘really’ that bad. Other products here are a bit more shocking because they are assumed to be pure and healthy but contain a rather surprising ingredient. Ahead we’ll start you off with an easy one – cigarettes. Yes, you know they are horrible for your health but do you know exactly what sorts of “ingredients” are in them? Then there’s Casu Marzu, a Mediterranean cheese that is illegal in most parts of the world because it contains maggots. Oh, you read that right. Ever noticed all that canned meat on the grocery shelves? Someone’s eating that, otherwise they wouldn’t stock it. We’ll show you what’s inside. When you head out for a burger or fries it’s often fun to order a milkshake. Unfortunately we have a pretty long list of things that are in that shake that may make you think twice. Processed Cheese is a staple of the American diet. Surprisingly it contains a lot less “cheese” than you might think. If you enjoy that natural vibrant pink color of the salmon you’re about to eat, look more closely. If it’s farm-raised that color is not natural. As kids many of us enjoyed a golden and delicious Twinkie. Sure, we know they aren’t good for you but just wait until you see what’s actually in these little snack cakes. Cereal is safe, right? Sure there’s brands with a lot of sugar or food coloring, but disturbingly many popular cereals are also testing positive for high levels of herbicides. Even orange juice isn’t without its issues. Whether Minute Maid or Tropicana, those juices fortified with vitamin D have animal products in them. Finally, we’ll end off with everyone’s favorites: Doritos and Cheetos. These orange snacks are just not good for you and what’s inside may have you questioning your grocery list the next time you head out. Our Social Media: Facebook: https://www.facebook.com/TheRichest.org Twitter: https://twitter.com/TheRichest_Com Instagram: http://instagram.com/therichest For more videos and articles visit: http://www.therichest.com/ 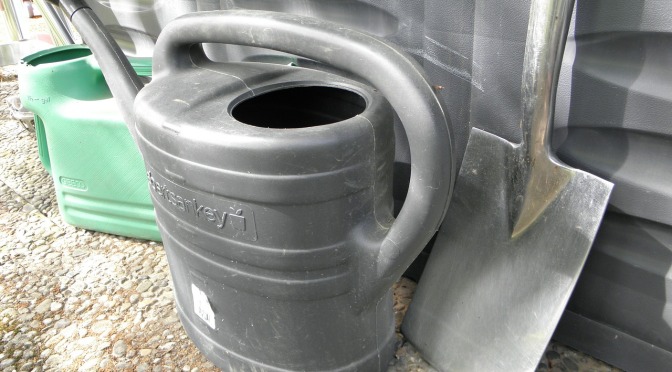 Up until the 1950s folks grew their own food as a matter of course. It was what you did. Supermarkets kind of changed that but folks are catching on to the fact that processed foods are frequently devoid of nutrients and our fresh produce is sprayed liberally with toxic chemicals bringing with them a myriad of health risks. The financial squeeze is also a motivating factor and people are getting their fingers in the soil and producing their own food for cheap.

Here are some examples of that in the North Island, one is in the far North, and another in Hawkes Bay, both beautiful warm regions for growing things. A third I noticed recently on Facebook in Palmerston North, closer to home, illustrating the wonderful value of communities getting together and growing food… and sharing. That’s how our forbears used to do it.

“Brother and sister Joe Thompson and Jackie Thompson are encouraging people to grow their own food and be self-sufficient.” (Photo courtesy of Stuff.co.nz)

“North Hokianga residents are on the path to making their food pantries and larders entirely self-sufficient.

The North Hokianga Co-op aims to get residents growing their own produce and wants to build a boutique abattoir to process local meat.

Co-op organiser Jackie Thompson says the area wants to make the most of their natural resources and change attitudes towards food and where it comes from.

The Co-op held a “Kai Rangatira” day on October 10 to introduce the community to gardening methods and information. More than100 people turned out to learn about grafting, worm farms, traditional Maori medicine, honey and housing projects.

“Food comes from the supermarket, from over the counter in a package. We’re eating too much sugar and too much processed food. That is basically seen as normal….”

Published on Oct 9, 2015 (video at Tim Whittaker’s channel on Youtube)

“This is a short clip of Auntys Garden in Hastings. An amazing place to get fresh vegetables. Price = koha ..”

Posted on Facebook comments explain that the garden is  at “Waipatu Marae just before Whakatu in Hastings. It is a community garden that any one can get produce from. Payment is in form of a koha. Anyone is also welcome to go and help in the garden..”

Finally the Crewe Community Garden in Palmerston North have as their vision: “… to create a vibrant community hub where

neighbours are collectively involved in various sustainable living initiatives that provide healthy food, encourage social connections, and reduce family food budgets. A community garden achieves many of the goals that the group have.”

They also have a blog spot with the same name here
(Palmerston North (aka Palmy) is in the lower / central North Island.)
Check them out here on Facebook
There are many more of these ventures around the country, these are just three … really inspiring.

From Natural Society, an expose on how processed foods operate in our bodies. A good reminder to grow or buy organic and preferably prepare our own meals from fresh. Increasingly our foods from supermarkets are empty of nutrition. Like an automobile, our bodies need fuel to operate … nutritious fuel.

“A new study has found what many studies have already concluded – that the junk food plaguing grocery store shelves alters certain parts of your brain responsible for levels of hunger, thirst, and the body’s natural rhythms and cycles. In other words, processed foods and junk foods are addictive…”