See at youtube for channel details. I have listened right through and the information is directly from the CDC’s (that private corporation) website. It is certainly a scenario to be aware of & to be looking out for anyway. We had similar brushes with it in NZ here (even though Adern has since said they will not be taking children). People in quarantine with statements their children would be best separated into different parts of the facility, in particular a two year old. Totally inappropriate. So yes, it’s not my intention to scare people, but to say, just be aware of this suggestion. The suggestions or the ‘mays’ are often just getting you used to the idea. It will never be appropriate to separate children, especially little ones, from their parents. If you think about that, someone is going to be caring for that child and the best person is its natural parent, not a terrifying stranger in PPE gear. In my opinion this is a sinister suggestion at best. EWR

CDC Announces That Students May Be Kept From Parents Overnight as Ohio Sets Up COVID-19 FEMA Camps The onslaught of tyranny continues. Submitted by Marv The Centers for Disease Control and Prevention (CDC) is warning parents that their children may be kept from their parents overnight due to COVID-19 concerns, as states set up COVID-19 shelters where infected individuals could be forcibly quarantined. “Tell school administrators about any extra supplies your child may need to safely make it through a night away from home,” the CDC wrote to parents in their advisory. “Bring extra medicines, special foods, or supplies your child would need if separated overnight. “Complete a backpack card and tuck one in your child’s backpack and your wallet,” they added. https://bigleaguepolitics.com/cdc-ann… Natural News story: https://www.naturalnews.com/2020-09-0…

READ MORE AT THE LINK

Image by pedro_wroclaw from Pixabay 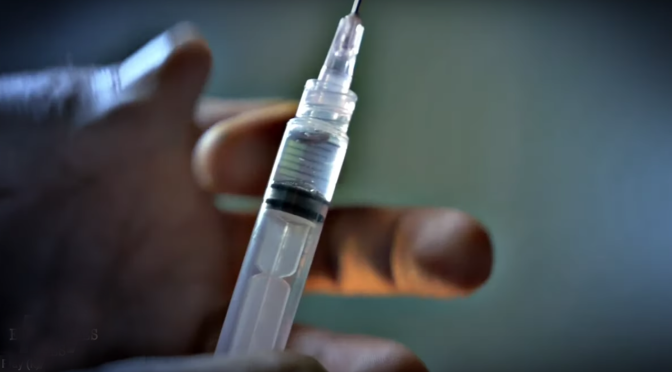 This incident was posted on social media yesterday, 1 July 2020. In the words of one of the parents:

“A nurse from counties manukau tried to force her vaccination on to our child today even after the child told them no 3 times they waited for the teacher to leave the room and told her to go down with the other kids then tried her hardest to force the vaccination on to her, after her saying no several times and told the nurse her parents said no… the nurse said just take it all your friends are getting it! She had to tell her no over and over …”

The vaccines being foisted on this child were Boostrix and Gardasil. Now, three NZ young people have already died following Gardasil vaccines. Any discerning parent wants to weigh up the risks against the benefits, which they obviously already had in their declining the vaccinations. To go over the heads of those parents & pressure a child is nothing short, in my opinion, of child abuse. Not to mention totally unethical. That discussion is to be had between the health professional and the parent, not the professional and the child.

Listen to the video below that further describes this nightmare scenario. Vaccines are not mandatory in NZ. These people had absolutely no right to pressure this youngster in this way. See this link for a similar incident that took place in NZ. This current incident was not the first time.

Time to review the training of respective health professionals on this issue. EWR

RELATED: Children of NZ parents who had declined the HPV vax were taken aside at school, told their parents didn’t love them and coerced for their consent

Don’t California my [Insert State Here]: The egregious injustice of SB276 and its trailer bill, which solidified sweeping vaccine legislation into law, was enacted under the false pretenses of fraudulent exemptions, targets medically fragile children, and will usher in an age of medical tyranny

How a bill becomes a law: apparently, by enough good people who know better–doing nothing, saying nothing.

Yesterday, both SB276 and its trailer bill, SB714 passed through the California Assembly and Senate and were signed into law by Governor Gavin Newsom, catapulting the next civil rights movement into full swing, and setting the stage for a sweeping wave of medical tyranny and government overreach. Medical freedom fighters came out in droves to decry the draconian bill SB276, peacefully occupying the assembly and the senate, until threatened with arrest and ordered to disperse from the latter.

Despite mainstream media portrayal, SB276 opponents are by and large not anti-vaxxers, but rather, ex-vaxxers and vaccine-hesitant mothers (and a few courageous fathers) with documented adverse reactions in themselves or their children that by the testimony of their own doctors has rendered them ineligible for further vaccinations.

Despite lack of coverage by every major media outlet, some of the California legislators who voted no and supported the protestors relayed to SB276 opponents that this was the largest outpouring of activism that they had ever witnessed for any bill during their political tenure.

In spite of the widespread opposition to the bill at the California Capitol, the viral #JUSTASKING and #SOS social media campaigns that lit up Governor Gavin Newsom’s Instagram page in yellow, and vocal outcries by parents across the nation, the bills were signed into law amongst pleas from medical freedom fighters, “No segregation–no discrimination–yes on education, for all!”.

Voting was divided squarely down party lines. These bills were passed thanks to unanimous yes votes by Democrats, revealing that their allegiance unequivocally lies with corporate interests over the constituents to which they are beholden on this issue.

Republicans voted no across the board, with some assembly members, such as Waldron, Mathis, and Melendez, cheering on the protestors as they chanted, “Moms know best!” from the rafters.

“It is quite stunning to watch liberals applauding censorship, particularly the muzzling of the bullied mothers of injured children in order to protect pharmaceutical products from criticism”. 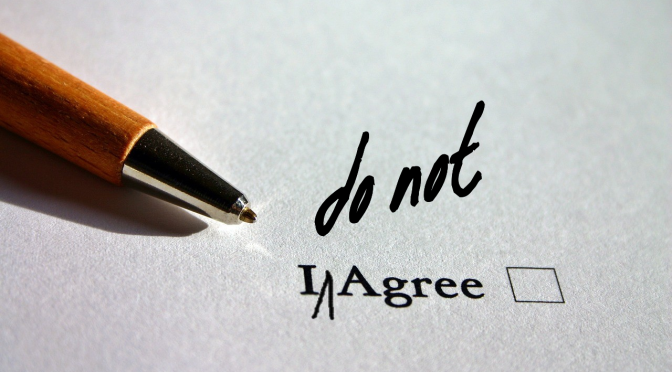 For obvious reasons, neither the child nor the school are named regarding this incident.  It is a warning bell to be vigilant and certainly confirms other things I’ve been hearing regarding the coercion employed against those who choose not to vaccinate. It is a parental right not to. I have personally heard of people visiting and knocking more than one time at the door of non vaccinating parents, asking to vaccinate their newborn. It is a similar scenario with the flu vax. Elderly people tell me they are phoned up by their medical practice and told, ‘you haven’t had your flu jab’. Not given all the info and insert on risks involved, and asked ‘do you want one?’ That is coercion in my opinion and if you think that is extreme read this article to learn why you should be asking questions. I also know of another mother who asked many questions around the testing of a certain vaccine who ended up leaving the responding nurse with raised eyebrows. We recently posted an article that featured a NZ whistle blower who worked in a nursing home for the elderly, alerting to the deaths following vaccines, some vaccinated without family consent. You can read about that here. Vaccination is not compulsory and a parent’s and individual’s right of choice needs to be respected and heeded. Dealing to children in the way described here is absolutely not on.
EnvirowatchRangitikei

“…all the children who had returned “no” consent forms, were gathered in a separate group and the nurses berated the girls telling them that their parents didn’t love them, and that they could consent on their own, without their parent’s permission.”

In today’s Herald on Sunday was an article about Waitetuna school near Raglan, where the school principal agreed to allow a midwife to show a film about the other side of vaccines on the school premises, but the board of Trustees overturned her agreement, on the basis that the topic was controversial.

I have a question. What are schools for?

Education, or social engineering? George Orwell wrote a book called “Animal Farm” Have you read it?

If a parent from Waitetuna school objected to nurses and doctors coming into the school and vaccinating children, would the Board of Trustees agree and stop them coming in because vaccines are controversial?

I somehow doubt it.

But I want to tell you a story of a young child, in a school, who along with some other children, returned a consent form for the HPV vaccine, which said, “No, I do not consent”.

What happened next will illustrate that New Zealand schools are not safe for children, and why the Department of Health vaccination programmes should be barred from schools.

The forms were collected and all the children who had returned “no” consent forms, were gathered in a separate group and the nurses berated the girls telling them that their parents didn’t love them, and that they could consent on their own, without their parent’s permission. One of the girls caved to that, but then another child who had watched the life of an older sibling be trashed and lead to a quality of life less than desirable, fought back. She refused to sign it. The nurses pushed. But she got angry and told the nurse that she wanted to go now. The nurse refused.  The girl then told the vaccinating nurse that she wanted to call her parents and the police because what they were doing was wrong. Nothing like the experience of your own eyes, to firm up your own convictions!

At this point, she was quickly hustled out of the room in order not to freak out the other girls being pressured into going against their parent’s wishes.

How did all this situation come about?

The Department of Health, with school consent, seems to have started using the tactic of not telling the schools when they are coming to vaccinate. Their ostensible reason for this, is so that the children don’t get worried in advance.

What a load of bollocks.

The real reason is so that the parents of the non-vaccinators can’t keep their children home for that day, which allows the provaccine including the nurses, teachers and other pupils, to bully and berate children whose parents have chosen differently.

So while parents who don’t consent, would rather not send their children to school on that day, the Department of Health deliberately thwarts that option. This could be called revoking democratic decision making.

Of course in this mind-numbed unethical climate of bullying, emotional blackmail and … yes … controversy, such tactics are considered to be noble, wonderful and lifesaving.

Vaccinations ARE indeed a controversial topic of discussion.  I believe that if schools refuse to allow parents to watch a film at a school, describing another side of vaccination, then schools should ALSO refuse to allow the Department of Health to vaccinate children in schools.

The issue isn’t just “controversy”. It’s one of non-hypocrisy. What is “education”? How do you define learning? Only by hearing one side of a story?

Do you send your children to school, and allow the Department of Health to vaccinate your children in school because you can’t be bothered making the effort to follow through on your own convictions? Shouldn’t parents who chose to vaccinate, be responsible for doing that at their doctors?

Would you like schools to also become places where children can also be prescribed antibiotics, prescription drugs, or even, abortion on demand?

Or should schools SOLELY be places where people are educated and learn to think, in particular to figure out how to make their own decisions without being brainwashed by the school or the state?