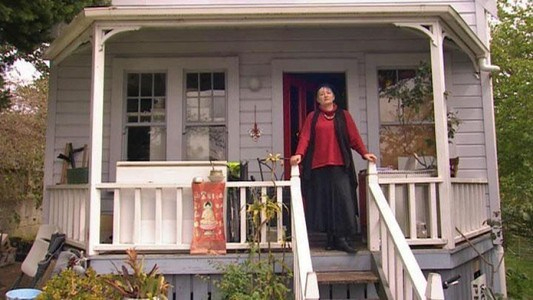 Public watchdog, and recipient of Eden Albert Community Board’s Good Citizen’s Award in 2010, is having her house sold over her head by Auckland Council for non payment of rates.

“Open the books,” is Penny Bright’s catch phrase. She has not paid her rates, as she has put them on hold until Auckland Council tells us how our rate payers money is being spent.

“It’s time to stop the commercialisation and privatisation of Council services and regulatory functions, and return to the genuine ‘public service’ model.”
Penny is standing for “transparency and value for money” for rate payers. Penny’s ‘punishment’ for her ethical stand is to have her house forcibly sold, and the overdue rates taken from the proceeds.

Why is this important?

Auckland Council’s Chief Executive Officer, Stephen Town, has not followed lawful due process regarding Auckland Council’s Rating Sale Policy.
A Charging Order was supposed to have been imposed on the title to Penny’s property, after the Judgment Debt of $47,431.76 was awarded in the Auckland District Court on 18 January 2017, and before the forced Rating Sale Application was filed in the Auckland High Court on 7 March 2017.
There is no such Charging Order.
These forced Rating Sale proceedings must be withdrawn forthwith.

Background information to this petition:
What Penny has been seeking for the last eleven years are for the following details of awarded contracts to be made available for public scrutiny, by publishing them on the websites of Auckland Council, and all Auckland Council-Controlled Organisations (CC0s) under ‘Procurement – Awarded Contracts’:
* The unique contract number.
* The name of the consultant/contractor.
* A brief description of the scope of the contract.
* Contract start/finish dates.
* The exact dollar value of every contract, including those sub-contracted.
* How the contract was awarded, by direct appointment or public tender.

Details around the sale:
“The Auckland Council Rating Sales Policy (CP2013/01403) states:
“14: The rating sales process is outlined by the following steps:
1. legal proceedings are initiated, and a court judgment issued with a Charging Order (registered on title documents) against the property.
16. The power to enforce a rating sale comes with a significant responsibility to ensure that the power is not used inappropriately.
A policy on rating sales is therefore being developed to ensure that there are clear rules regarding rating sales.”

“The ‘Composite Computer Register Under Land Transfer Act 1952, (search date 8 March 2017) shows no Charging Order registered against Penny’s property for the Judgment Debt of $47,431.76, given in the Auckland District Court on 18 January 2017.”