From Radio NZ. And wouldn’t $103 mill feed and house a lot of people in these troubled times? EWR 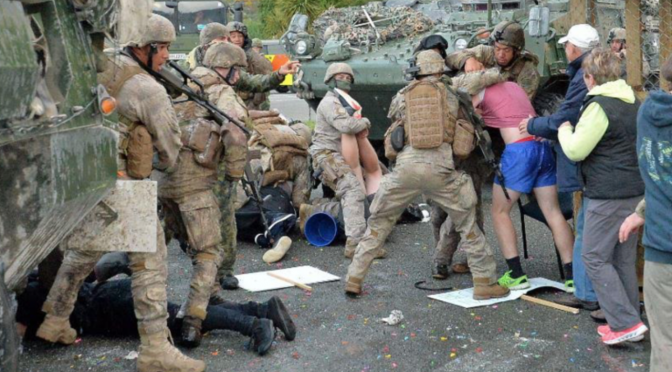 As far back as 2015 the NZDF has run exercises based on quelling ‘civil unrest’. They practiced with troops from the US, UK, Canada, Australia, the Pacific and elsewhere. Bit familiar isn’t it? The practice runs, like Event 201. The appearance of the military in the streets of NZ has been going on more in very recent years, frequently joined by international troops. The new ‘global’ policing army as it were. Which of course we are seeing right now in plain sight. This article we posted in 2017 covers a then current exercise called Operation Katipo, and a previous similar one from 2015 that some locals found disturbing.

The aircraft pictured in the article, a Globemaster like that seen in the South Island, I captured myself, flying very low & slow like a hovercraft almost, over the Rangitikei. If you go to the article links below you will see Operation Katipo coverage in the South Island at the time by the Daily Blog.

QUOTE “…if five military helicopters, six airlift aircraft, two Globemasters and an Orion surveillance aircraft were not enough to worry a small town, many New Zealanders would be concerned to learn that a highly sophisticated RQ4 Global Hawk drone, remotely operated from the US Air Base in Guam, also took part in the exercise.  It’s role? To capture ‘images of simulated adversary areas of interest’.”

QUOTE: “One woman said that ‘Helicopters buzzed overhead for most of the day, huge military aircraft flew low over our homes, and it was scary waking up to find armed troops running up your street.’” 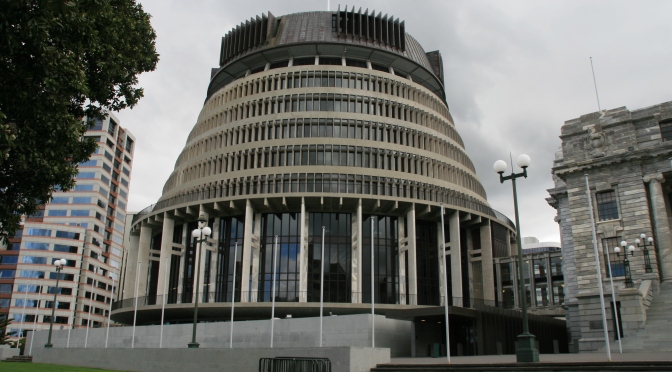 Prime Minister Jacinda Ardern says a proposed gun register isn’t about going after law-abiding firearms owners, but rather the people who steal them. The Government announced a proposed second tranche of reform to gun control legislation which includes a register and gun licence renewals every five years.

As logic goes their five reason why it simply flawed and wont work and thus demonstrates is not the goal of said legislation.

A; Our ports are controlled by the gangs (see PSA report 1998 ‘Bluff Ports wide open’). As you might notice several of the drugs shipments coming in now also include hand guns.

B As your making the weapon a increasingly prohibited item (as we let outselves get dragged into a dumb and sick US gun culture that associates guns with killing people, as opposed to gathering food and as a conservation pest eradication tool) there street value will sky rocket.