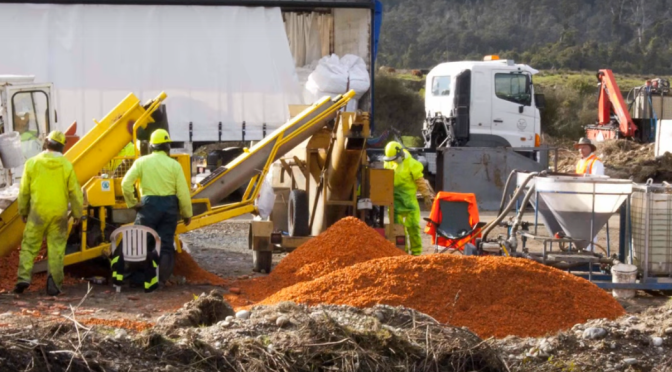 That balanced biodiversity (Kapiti Island’s) is still a dream on the mainland, but in the first months of 2018, it will come significantly closer after a TBfree aerial 1080 possum control operation knocks down possums and rats across a large chunk of TB vector risk area – 11,000 hectares of bush and forest along the foothills of the Tararua Ranges, between the Akatarawa Road in the south and the Otaki River in the north. Michelle Edge OSPRI CEO December  2017