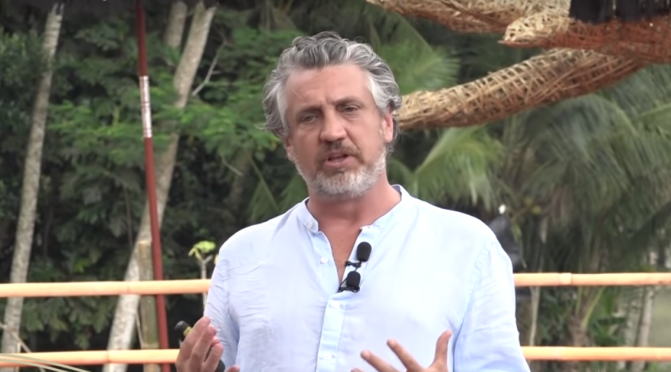 Del Bigtree is one of the preeminent voices of the vaccine risk awareness movement. His non-profit organisation, Informed Consent Action Network (ICAN) is leading worldwide investigations into drug and vaccine fraud and has already resulted in two winning lawsuits against US government agencies; Health and Human Services and the National Institute of Health. Del Bigtree presented on June 20, 2019 during the NewEarth Festival at the NewEarth Haven Bali in Indonesia. http://www.newearthhaven.com http://www.newearthfestival.com 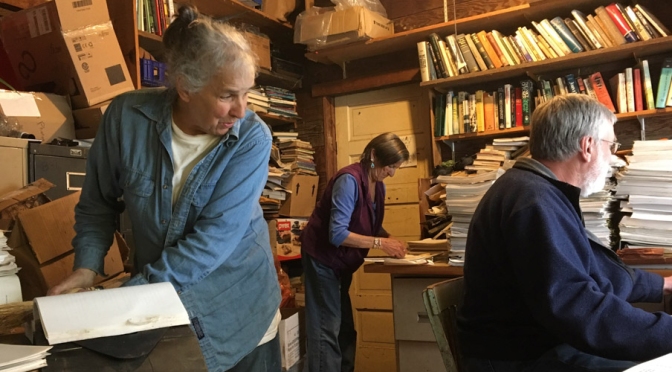 Add this to the Circle of Poison information (we have articles here on that, use the search box). Shipping separate banned chemicals abroad to third world countries & assembling them there instead. Excellent book & doco on that topic. Still trust these people when they say Roundup for example is safe as dish liquid which is what they told farmers in the ’70s. Highly diluted & fed to rats for two years it produced huge tumours & the industry has spared no effort to debunk that experiment by Professor Séralini. See our Glyphosate pages.   EnvirowatchRangitikei

FOR DECADES, SOME of the dirtiest, darkest secrets of the chemical industry have been kept in Carol Van Strum’s barn. Creaky, damp, and prowled by the occasional black bear, the listing, 80-year-old structure in rural Oregon housed more than 100,000 pages of documents obtained through legal discovery in lawsuits against Dow, Monsanto, the Environmental Protection Agency, the U.S. Forest Service, the Air Force, and pulp and paper companies, among others.

As of today, those documents and others that have been collected by environmental activists will be publicly available through a project called the Poison Papers. Together, the library contains more than 200,000 pages of information and “lays out a 40-year history of deceit and collusion involving the chemical industry and the regulatory agencies that were supposed to be protecting human health and the environment,” said Peter von Stackelberg, a journalist who along with the Center for Media and Democracy and the Bioscience Resource Project helped put the collection online.

Van Strum didn’t set out to be the repository for the people’s pushback against the chemical industry. She moved to a house in the Siuslaw National Forest in 1974 to live a simple life. But soon after she arrived, she realized the Forest Service was spraying her area with an herbicide called 2,4,5-T — on one occasion, directly dousing her four children with it as they fished by the river. 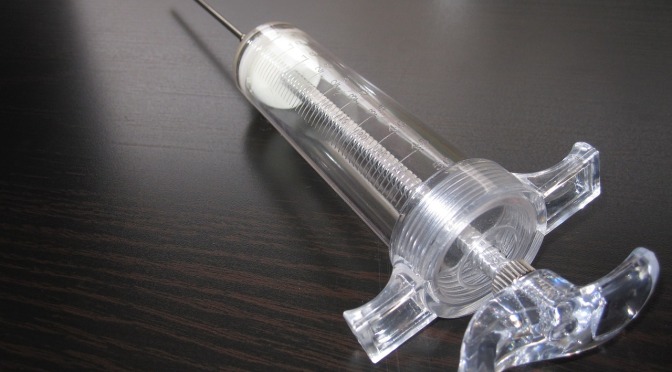 Still think these people are working for YOU?  Research the flu shot … it’s doesn’t work. Or will you still be lining up to receive their meds? EnvirowatchRangitikei

“If GlaxoSmithKline wasn’t afforded legal and financial government protection status, they would have went under years ago.”

GlaxoSmithKline (GSK) is in the news again making headlines after having to settle another major lawsuit bringing the latest total to over $9.1 billion since 2003. This time, it is due to GSK’s product Pandemrix, which was the swine flu vaccine forced upon the public during the now admitted, fake pandemic hoax of 2009. As the victims are being compensated in the U.K., the same neurological mechanisms that damaged the children in the lawsuit are still potentially at work in the confirmed excitotoxicity that takes place after almost every vaccine injection. According to the International Business Times U.K. Edition, each of the victims is “expected to receive £1 million each.” Peter Todd, a lawyer who represented many of the claimants, told the Sunday Times (U.K.): “There has never been a case like this before. The victims of this vaccine have an incurable and lifelong condition and will require extensive medication.” Unfortunately for Peter Todd and the countless other victims, there has been cases like this before. Neurological damage from vaccines is not a rare occurrence. In fact, the U.S. government has paid out $3 billion and counting to families of vaccine-injured children. Most of which were due to direct neurological damage or complications arising from such damage.

According to The Global Research Project, the GlaxoSmithKline rap sheet states, “In recent years, GlaxoSmithKline has become known as the company that pays massive amounts to resolve wide-ranging charges brought by U.S. regulators and prosecutors. These included a $750 million payment relating to the sale of adulterated products from a facility in Puerto Rico and a record $3 billion in connection with charges relating to illegal marketing, suppression of adverse safety research results and overcharging government customers. The company also set a record for the largest tax avoidance settlement with the U.S. Internal Revenue Service.”

If GlaxoSmithKline wasn’t afforded legal and financial government protection status, they would have went under years ago. 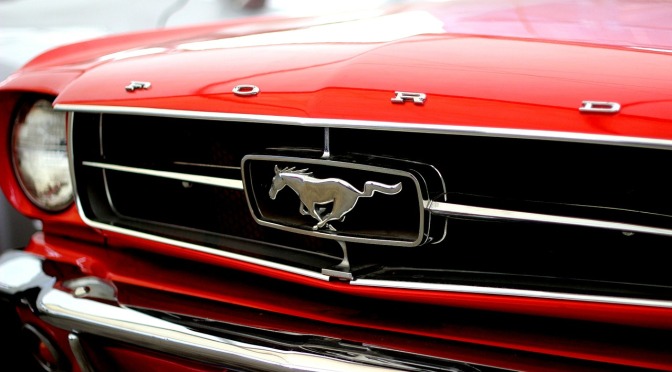 Shocking evidence here of why you must research everything today. Honesty is a thing of the past in the name of profits. (If you don’t believe this, search the various corporations and see how they are regularly fined (peanuts) for their false claims). Playing with people’s lives like this is tantamount to murder. How many people have been exposed to asbestos without ever knowing until it’s too late? And on top of that, the medical industry does its best to downplay holistic and statistically more successful protocols to treat us with.  EnvirowatchRangitikei

Science and opinion have become increasingly conflated, in large part because of corporate influence. As we explain in “Science for Sale,” an investigative series by the Center for Public Integrity and co-published with Vice.com, industry-backed research has exploded — often with the aim of obscuring the truth — as government-funded science dwindles. Read more.

Over the past decade 109 physicians, scientists and academics from 17 countries have signed legal briefs affirming that asbestos in brakes can cause mesothelioma.

The Center for Public Integrity
In 2001, toxicologist Dennis Paustenbach got a phone call from a lawyer for Ford Motor Company.

The lawyer, Darrell Grams, explained that Ford had been losing lawsuits filed by former auto mechanics alleging asbestos in brakes had given them mesothelioma, an aggressive cancer virtually always tied to asbestos exposure. Grams asked Paustenbach, then a vice president with the consulting firm Exponent, if he had any interest in studying the disease’s possible association with brake work. A meeting cemented the deal.

Paustenbach, a prolific author of scientific papers who’d worked with Grams on Dow Corning’s defense against silicone breast-implant illness claims, had barely looked at asbestos to that point. “I really started to get serious about studying asbestos after I met Mr. Grams, that’s for sure,” Paustenbach testified in a sworn deposition in June 2015. Before that, he said, the topic “wasn’t that interesting to me.”

The World Health Organization and other research and regulatory bodies maintain that there is no safe exposure level for asbestos and that all forms of the mineral — including the most common one, chrysotile, found in brakes — can produce mesothelioma.

Thus began a relationship that, according to recent depositions, has enriched Exponent by $18.2 million and brought another $21 million to Cardno ChemRisk, a similar firm Paustenbach founded in 1985, left and restarted in 2003. All told, testimony shows, Ford has spent nearly $40 million funding journal articles and expert testimony concluding there is no evidence brake mechanics are at increased risk of developing mesothelioma. This finding, repeated countless times in courtrooms and law offices over the past 15 years, is an attempt at scientific misdirection aimed at extricating Ford from lawsuits, critics say….