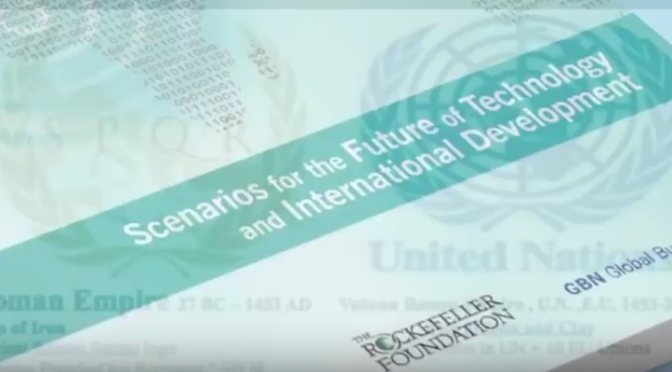 The Rockefeller Fndn., Scenarios for the Future of Technology and International Development (p. 18)

“A world of tighter top-down government control and more authoritarian leadership …” the intent is right from the Rockefeller horse’s mouth. And is it not right now looking just like a police state?

Until recently you were not allowed to visit Aunt Edna across the country & folk even in NZ have been receiving  visits from the law enforcement for no particular reason. As at January 2021, there is a long list of restrictions of freedoms, all ushered in with the virus. Just one example, people have been arrested for filming any evidence that illustrates a contradiction of statements from the ‘authorities’, for instance the overcrowded hospital in the UK that wasn’t. In other countries they are being arrested (Australia) for peacefully protesting (Canada). Folk are now required to leave their personal contact details if they shop anywhere leaving them open for further visits by Police (if you happened to have been in contact with an infected person even when neither of you knew) and Police are now allowed to enter your premises without a search warrant. All of course in the name of your safety & happening elsewhere as we speak. And based on a crisis that has a death rate of 0.2%, no worse than seasonal flu. This all changed in NZ when draconian laws got passed with nary a protest from anybody except one sole MP. All kudos to Simon O’Connor for that.

If you doubt that the end game is a Police State scenario, keep watching as the controls increase. On p18 of the Rockefeller document you will see the surveillance cameras at the top of the page. These people have made no secret of their plans. They’re right there in plain sight if you want to look. Unfortunately most folk prefer to keep on listening to mainstream fairyland media and ignore what’s really going on right under their noses. Guess who owns mainstream fairyland? The scenario of martial law is described in a futuristic manner in this Rockefeller Foundation document, as a scenario that’s already happened:

“One important — and novel — component of our strategy toolkit is scenario planning, a process of creating narratives about the future based on factors likely to affect a particular set of challenges and opportunities”. (document intro)

From the Foundation’s statement of purpose: “The Rockefeller Foundation supports work that expands opportunity and strengthens resilience to social, economic, health, and environmental challenges — affirming its pioneering philanthropic mission, since 1913, to “promote the well-being” of humanity.”

In 1913, a Senator, Nelson Aldrich, maternal grandfather to the Rockefellers, pushed the Federal Reserve Act through Congress just before Christmas when much of Congress was on vacation (Reference 3, 4, 5). When elected, Wilson passed the FED. Later, Wilson remorsefully replied (referring to the FED), “I have unwittingly ruined my country”

Note also JFK acted to remove their monopoly on banking & interest profiteering in 1963, the same year he was assassinated (read here)

You can read the Rockefeller document at this link.

Note also the intimations of global government in the quote below:

“IT IS POSSIBLE TO DISCIPLINE AND CONTROL SOME SOCIETIES FOR SOME TIME, BUT NOT THE WHOLE WORLD ALL THE TIME.” – GK Bhat, TARU Leading Edge, India p20

EXCERPTS FROM A VIDEO PRESENTATION on topic by The New Manhatten Project’s video presentation (now removed by YT):

You may or may not be aware of the event titled Event 201 in October 2019 just prior to the CV virus outbreak. Read at the link below.

Video  of highlights from Event 201:

“Selected moments from the Event 201 pandemic tabletop exercise hosted by The Johns Hopkins Center for Health Security in partnership with the World Economic Forum and the Bill and Melinda Gates Foundation on October 18, 2019, in New York, NY. The exercise illustrated the pandemic preparedness efforts needed to diminish the large-scale economic and societal consequences of a severe pandemic. Drawing from actual events, Event 201 identifies important policy issues and preparedness challenges that could be solved with sufficient political will and attention. These issues were designed in a narrative to engage and educate the participants and the audience. For more information, visit: http://www.centerforhealthsecurity.or… EVENT 201 IS A FICTIONAL EXERCISE AND DISEASE”

RELATED:
https://www.youtube.com/channel/UC4PI… World Economic Forum https://intelligence.weforum.org/topi… https://www.weforum.org/covid-action-…
Below also are links to two commentaries on topic, one from the Youtube channel of Ramola D Reports and the other from James Corbett at The Corbett Report. James has a YT channel including a site of the same name. See Ramola D’s news/media site and blog, The Everyday Concerned Citizen: http://www.everydayconcerned.net for further information.

Was There Foreknowledge of the Plandemic? – Questions For Corbett

Dylan Recognizes Another “Hit” When He Sees One

Bob Dylan has chosen this moment, of all moments, to release his masterful epic on the assassination of President Kennedy, “Murder Most Foul.”  Why now?

Message from Bob (at his YT channel):🌟 “Greetings to my fans and followers with gratitude for all your support and loyalty over the years. “This is an unreleased song we recorded a while back that you might find interesting. Stay safe, stay observant, and may God be with you.”

If you still believe everything mainstream media tells you, at yet another anniversary of 911, you will find this information very challenging indeed. A long but worthwhile watch if you really want to get to the bottom of things. Some things just don’t add up do they? … EWR