Doesn’t surprize me this considering a struggling parent holding down two and sometimes three jobs to feed their families gets hit with 33% tax on the other jobs. Not the likes of the upper echelon however. It’s called trickle down economics. Bit like the sustainable development lie really. 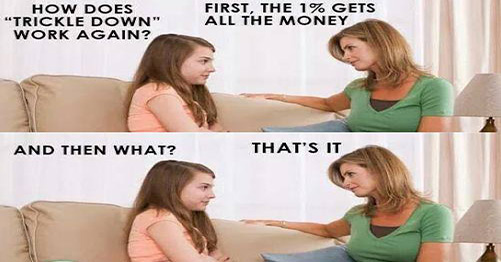 The definition of a cartel is an arrangement between people who will benefit from the arrangement, often in an illegal way. An example of a cartel is a group of manufacturers who have gotten together to regulate production and fix prices.

Thanks to Pete for this link.

Tax Takers Send in the Spiders

It has since been expanded and enhanced by international group of tax authorities in Austria, Denmark, Britain and Canada, with the assistance of Amsterdam-based data mining firm Sentient Machine Research. Xenon is primarily a spider: a program that downloads a web page, then traverses its links and downloads those as well, ad infinitum. In this manner spiders can create huge datasets of web material, while preserving the relationships between pages at the moment they were spidered – something that can reveal a lot about the people that made the pages. It’s unclear how effective Xenon has been in generating investigative leads. Contacted by Wired News, the tax departments of Canada and the United Kingdom confirmed participation in the program, but declined further comment. Dag Hardyson, the national project leader for e-commerce for Skatteverket, the Swedish tax authority, was more forthcoming. Skatteverket is scheduled to join the Xenon project this year, and Hardyson said web crawling is well suited to tax enforcement. “The internet is wide open for tools,” said Hardyson. “It’s much easier to handle than the real world.” Xenon, explained Marten den Uyl of Sentient, is in some ways the opposite of something like Google’s web crawler, which traverses a tree of links and grabs a copy of everything it sees. Xenon is smart about link selection and context, and uses a “slow search paradigm,” he said. Whereas a spider like the Googlebot might hit thousands of websites in a second, “With Xenon it may take minutes, hours or even days to do a slow search.” The slow search prevents the crawler from creating excessive traffic on a website, or drawing attention in the sites’ server logs. Den Uyl declined to say what user-agent the Xenon software reports itself as, but it’s likely to be variable or configurable on the tax investigator’s part. The spider can also be configured and trained to look at particular economic niches – a useful feature for compiling lists of business in industries that traditionally have high rates of nonfiling. “For instance, weight control (yields) 85,000 hits, some for products … also services,” says Sweden’s Hardyson. Once the web pages are screen-scraped, Xenon’s Identity Information Extraction Module interfaces with national databases containing information like street and city names. It uses that data to automatically identify mailing addresses and other identity information present on the websites it has crawled, which it puts into a database that can be matched in bulk with national tax records. As illuminating as Xenon is for the tax man, the data-mining effort poses dangers to citizen privacy, said Par Strom, a noted privacy advocate in the world of Swedish IT. “Of course it’s not illegal,” said Strom. “I don’t feel quite comfortable having a tax office sending out those kind of spiders.” One issue has to do with how the information Xenon captures is protected. Sentient has created access controls for its law-enforcement data-mining tool, called Data Detective, but its Xenon software lacks many of those protections, said dan Uyl, commenting on the theory that investigators will quickly delete the compiled data. “Data Detective (handles) long-term data warehousing,” he said, “(Xenon is) short-term project data warehousing. Different type of data, different type of analysis.” But Hardyson said the Swedish government – which already has its own internally developed tax crawlers – is currently keeping a copy of everything it spiders. That means that someone’s long-expired actions have the potential to come back and haunt them. “We can scan and store all actions for every e-marketplace in Sweden, it’s about 55,000 per day,” said Hardyson. He said his agency hasn’t decided if it will change its policies with the new, more sophisticated Xenon software. “Is this what we should do? Our lawyers must look at it.” Canada’s tax authorities declined to state what its Xenon data retention policies are, as did Simon Bird, head of the “Web Robot Team” at the British HM Revenue and Customs office. In the United States, the IRS is not a part of the Xenon project, but would neither confirm nor deny that it uses spidering software in its investigations. Strom said now that the cat is out of the bag, there’s no way to get governments or corporations to forgo technologies like spiders and data mining. “The information is public of course, because it’s posted on the internet,” Strom says. “It wasn’t meant to be used this way … (this is) using the naivete of people. It’s on the limit of what is ethical.”

At the same time as this news item we’ve had the case of the blown$200 mill … lost because the NZ Government (aka corporation) loaned it with the help of Goldman Sachs, to a Portuguese fail-safe Bank that subsequently collapsed. No wonder they’re chasing up $29.3 mill. How many folks I wonder have noticed this news item, as in the $200 mill that’s down the gurgler?  And if they consider it prudent to leave their money in KiwiSaver? On the larger scale check out the money borrowed under John Key’s watch. And check out how he made his millions.  He’s certainly rubbed shoulders with the Goldman Sachs peeps. Better still, check out the links at the end to a less superficial look at how he made his millions. 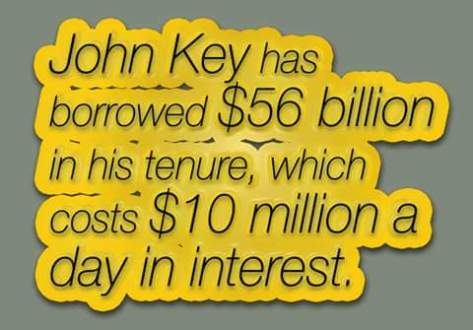 Tens of thousands of workers are missing millions of dollars from their KiwiSaver accounts because their employers have failed to either pass on payments docked from their pay, or pay their own employer contributions.

Figures obtained by RNZ News show Inland Revenue is chasing thousands of employers for $29.3 million in outstanding payments and penalties that have accumulated since the retirement savings scheme was launched in 2007.

At the end of June 2015, 1663 employers had failed to pass on $15.3m in KiwiSaver payments deducted from their employees’ own salaries to the IRD.

These deductions were government guaranteed so workers would eventually get the money.

Businesses are legally required to pay 3 percent of an employee’s gross salary towards their KiwiSaver.

IRD collections manager David Udy said the vast majority of the businesses that had failed to pay were small and employed between three and five staff.

The Serious Fraud Squad Should Investigate John Key and Merrill Lynch’s Involvement With the Cullen Fund!February 15, 2016

John Key confesses to his role in destroying the global economy on breakfast TVFebruary 15, 2016

Does John Key personally profit from NZ’s growing indebtedness? Hear him explaining his shares with the Bank of America – the bank that’s ‘too crooked to fail’February 9, 2016

John Key is a shareholder in the Bank of America – Major conflict of interest with the TPPAFebruary 4, 2016