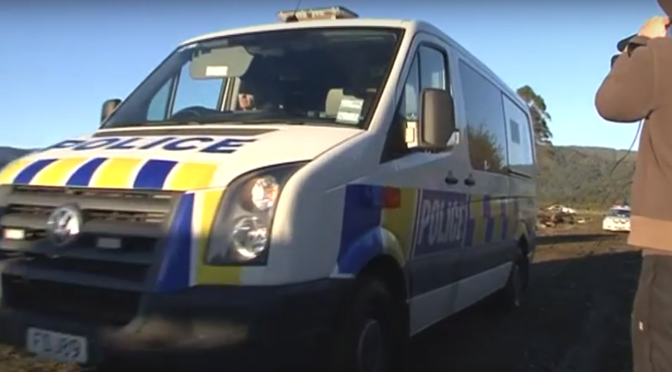 From Alan Simmons at alansimmons.co.nz
Alan is President & Co-Leader of the NZ Outdoors Party

“The Department of Conservation continue to repeat the same old story about attacks on staff and how it is affecting their role in protecting our precious wildlife. NZ herald  https://www.nzherald.co.nz/nz/news/article.cfm?c_id=1&objectid=12249704
This article repeats the same old same old as if their spin doctors have told them that if you repeat the story enough, people will start to believe it. But the opposite is happening and dislike for the Department continues to grow at an alarming rate.

You would think that wise heads in the Department could be thinking what’s going on?  What are we doing that has us becoming the most hated government department when we should be the most loved.
The department of Conservation’s obsession with the aerial spreading 1080 has built a huge dislike of the department as predicted by advisors to the Minister Nick Smith when he rammed through legislation allowing the aerial dropping of 1080 without resource consents. Nick Smith’s advice to cabinet included a statement that “Loss of local decision-making is not an effect of the proposed regulation that could be avoided, but rather its primary purpose.”
In my opinion if you take away the public’s right to be consulted then you will get opposition and resentment as the public have no ability to express their feelings except but by protest.

Using Docs own statistics it has 35 incidents per year where staff are abused or threatened out of a staff of 4000.  According to press reports these are having an accumulative effect on staff and diverting them from their work. I would suspect the threats are mostly via social media and some to rangers in the field undertaking enforcement work, so how does this affect the other 3980 staff. Especially when OIA requests to police show few if any of these so called threats are reported.
Rangers trying to enforce whitebait regulations, illegal camping, taking photographs of the landscape and hunting are likely to receive abuse. I would have thought it came with the job or have rangers become so soft and sensitive they report anything that hurts their feelings.?  I personally know of one incident reported where a DOC worker objected to a car parked outside their house that displayed a small ban 1080 bumper sticker.
Is it now an offense to criticise or have differing opinions to a government department?

As a result of the “35 incidents” per year the Department has convinced government to give it 11 million dollars to set up a new division of ex spies or police called “Security and Investigations Team” to deal with these threats.  6 staff to do what one might ask. Drive around town and remove bumper stickers, sit all day on computers and monitor facebook.

Part of the job description lists:

To apply for  this job you need to maintain a “SECRET ” security clearance, you should be able to access  government security and intelligence groups such as NZ Police, security leaders in other government agencies and the NZ Security Intelligence Service.

All of this because people are feeling frustrated about the lack of consultation or the occasional person gives a DOC ranger an earful!
Again DOC will say they have received and successfully prosecuted two major anti 1080 crimes. Both had nothing to do with the “peoples protest”. The first threatened to put 1080 into milk powder and was subsequently found to be a poison supplier who was miffed his own poison was not being used and the second was a lone wolf hunter threatening by letter to release Sika deer. Both were dealt with by the police.

It would seem to me DOC are building a fortress around themselves rather that trying to understand why they are becoming disliked and subject to a hostile public. To my way of thinking a change of culture and understanding would be a far better way to go.

Involve the public and bring the public along with you makes a far more sensible option but I fear DOC are digging themselves into a huge hole to defend their position.

It will take some courage from within the department to start the process of filling in the trenches.

SOME TRUTH ON THE ALLEGED THREATS TO DOC STAFF: AN OIA REQUEST TO POLICE REVEALS 9 IN THE LAST 31 MONTHS, DOC SAYS 93 LAST MONTH

Apologies, I had to repost this as the layout turned to custard with no editing option & half the info disappearing …… so

We have posted previously on the Rocket Lab.  (For other articles on topic use the search box). Partnering / funded with / by defense contractor Lockheed Martin, the NZ Govt (which note, is a corporation) and now ACC (also a corporation)? This is something I’m watching. The article below is from thespinoff.co.nz

Rocket Lab is a celebrated New Zealand success story, with a stated mission to open access to space and improve life on Earth. Yet many of its key contracts are with the US military and their suppliers. Ollie Neas reports on the dark side of a local business hero.

Last Friday Rocket Lab announced that it had secured US$140m (NZ$206m) in new funding from a range of investors, including the publicly-owned ACC.

After a launch the Sunday before, this announcement marked the second time in a week that hundreds of international media outlets took notice of Rocket Lab and, by extension, New Zealand.

At home, though, the issue has been whether New Zealand deserves more of the credit for the billion-dollar company’s success, with Chris Keall in the New Zealand Herald querying descriptions of Rocket Lab as an “American start-up”.

However, there is another side to Rocket Lab, one that raises questions about New Zealand’s – and ACC’s – support for the company.

They are saying in the video, AI is a risk, and yet they are not putting stops on it. Pandora’s box. Informative video.

We recently posted an article on the accidental release of documents relating to remote mind control. Here we have a discussion on the topic from the Trunews channel.

“Today we dissect the government’s newly released mind control documents and how the capabilities described in the report draws striking parallels to the epidemic of mass shootings and the CIA’s MK Ultra program.”

WATCH / LISTEN AT THE LINK: