Bill Gates may have legally separated himself from Microsoft, but since both entities are engaged in exactly the same mission, a separation of purpose certainly has not taken place. While Bill Gates has been pounding the pavement, telling people that a global vaccine for everyone on earth will take place within 18 months, his old company Microsoft has created a device that interacts with the pulse, temperature and brain waves of the human body in order to engage in the buying and selling of cryptocurrency.

He said millions of tax payer dollars were spent researching where is the best place to position the chip & they figured, the hand or the forehead. This is where the Bible says the mark of the beast will be placed. A very interesting (short) clip. EWR

corbettreport 461K subscribers TRANSCRIPT AND SOURCES: https://www.corbettreport.com/gates The takeover of public health that we have documented in How Bill Gates Monopolized Global Health and the remarkably brazen push to vaccinate everyone on the planet that we have documented in Bill Gates’ Plan to Vaccinate the World was not, at base, about money. The unimaginable wealth that Gates has accrued is now being used to purchase something much more useful: control. Control not just of the global health bodies that can coordinate a worldwide vaccination program, or the governments that will mandate such an unprecedented campaign, but control over the global population itself.

There can be no doubt that Bill Gates has worn many hats on his remarkable journey from his early life as the privileged son of a Seattle-area power couple to his current status as one of the richest and most influential people on the planet. But, as we have seen in our exploration of Gates’ rise as unelected global health czar and population control advocate, the question of who Bill Gates really is is no mere philosophical pursuit. Today we will attempt to answer that question as we examine the motives, the ideology, and the connections of this man who has been so instrumental in shaping the post-coronavirus world.

Contact tracing, the new repackaged Big Brother, is (probably) coming to a place near you. Your corporation is just ‘considering’ it mind, that is ‘code’ for ‘done deal’. Remember this article on the microchip ID citing NZ author, the late Barry Smith?

During the 1980s, three mysterious ads in the Sydney Herald foretold Australia’s current micro chipping of its citizens

…and the first image below here? John citizen. (It appeared interestingly in an Australian newspaper in 1984 with no explanation … following an intro image in 1983). At the time Henry Kissinger (who called recently for a global government to manage the covid pandemic) was in Australia discussing the introduction of eftpos. Curious to say the least. (All info in the article). Note the Fabian Socialists’ aka globalists’ modus operandi is to introduce the ‘idea’ packaged as, ‘we might’ or ‘we’re considering’ … that gets the idea into your head … then when they do do it you’re already warmed to it. Note particularly in the article that Jenny Shipley flatly denied in ’91 that NZ was ‘considering’ a universal Smart Card debunked by David Lange who said he’d seen it & they’d been working on it at the time for four years. You really can’t trust our politicians to tell the truth. Honestly. They’re all under the thumb of globalism. (And we got our photo ID in 1999 in the end with the photo drivers licenses).

So one pandemic has achieved total world wide surveillance already (not to mention police-state -like control) I’m sure there’s more to come. Remember this incident last year on surveillance & spying? (They were spying on envirowatchrangitikei!) If you’ve followed this site for some time you will get my drift. If not do read at the links above on the publicly announced new world order (George Bush Sr 1991), on the well documented Agenda 21 now 2030 (both at the main menu) and (if you’re from NZ, the guinea pig country) Agenda 21/30 in NZ.   EWR

Article below from stuff via newsroom

This story was originally published on Newsroom.co.nz  and is republished with permission.

A private sector proposal to produce and distribute five million Bluetooth-enabled credit card-sized contact tracing tools at a cost of $100 million is one of “a wide variety of technological solutions to contact tracing”, a spokesperson for the All of Government Covid-19 response team has confirmed.

The idea, branded CovidCard, is one of a handful that the Government is considering as it moves to settle on a digital solution for contact tracing.

Newsroom understands that the lead candidate remains a Ministry of Health-developed version of Singapore’s TraceTogether app, but flaws in the rollout and operation of the smartphone app in Singapore have led to the CovidCard as a potential alternative.

Image by Free-Photos from Pixabay 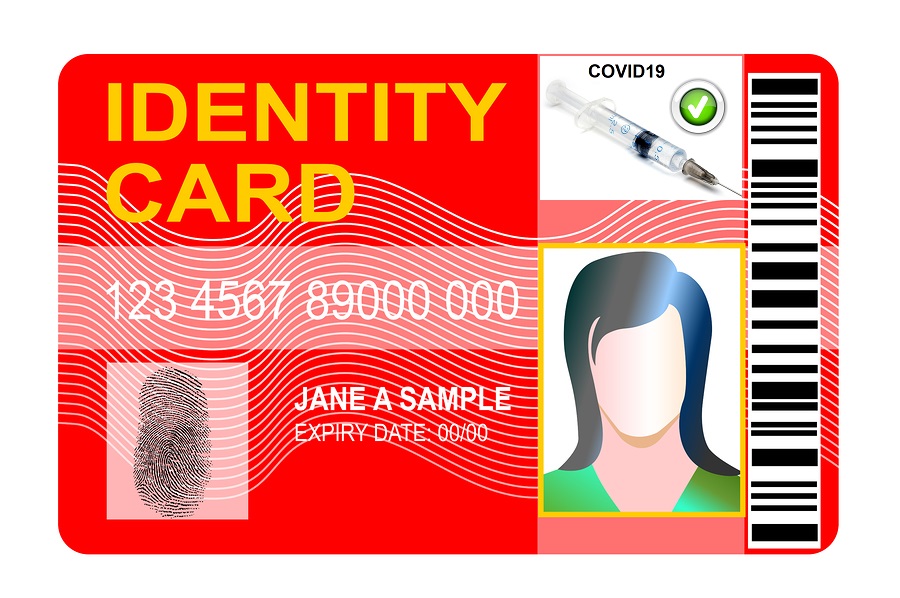 Until recently, the concept of mandatory and mass vaccination has been only a worrisome possibility. Vaccination laws are passed and monitored at the state level, not at the federal level. But while the country was still struggling to recover from the events of September 11, 2001, and the bioterrorism scares of smallpox and anthrax threats, the groundwork to make vaccines mandatory began to change in 2003, during President George W. Bush’s State of the Union Address. On that fateful night, Bush revealed the creation of Project BioShield, a comprehensive effort to develop and make available modern, effective drugs and vaccines to protect against attack by biological and chemical weapons.

Wasting no time, the Secretary of HHS, Alex Azar and the Assistant Secretary for Preparedness and Response Robert P. Kadlec, MD, MTM&H, MS, issued Notice of Declaration of National Emergency and published in the Federal Register on March 17, 2020 (Vol. 85, No. 52). The Declaration was effective as of February 4, 2020. By declaring a national emergency for the SARS-CoV-19 virus and COVID-19, the Secretary evoked the PREP Act “to provide liability immunity for activities related to medical countermeasures against COVID–19.”

Hear the good Doctor share the truth on this pandemic. It is not what we’ve been told. Please share this important info… (click on link below the image, original taken down by YT).

original info here below, however the video was removed from YT. Replacement link here

The Next News Network
1.45M subscribers

Follow Dr. Rashid A. Buttar: http://AskDrButtar.com/NNN https://www.CentersForAdvancedMedicin… https://www.DrButtar.com https://www.facebook.com/rashid.buttar Sub to Gary’s NEW Podcast on YouTube here: https://nnn.is/subscribe-to-G-Cast Sub to Gary’s original YouTube Channel here: https://www.youtube.com/channel/UC7hG… Sub to the Next News Youtube Channel here: http://nnn.is/Sub-to-N3 Check out Gary’s Kid’s YouTube channel here: http://bit.ly/sub-to-Banchi-Brothers Get on our Email list! http://nnn.is/email-newsletter-next-news Rashid A. Buttar, graduated from Washington University with a double major in Biology and Theology,before attending medical school at the University of Osteopathic Medicine and Health Sciences, College of Medicine and Surgery. See the report here: https://youtu.be/WGbYHJcMbz8 Read More/Source/Credit/FairUse: https://www.ASKDRBUTTAR.COM/NNN Share this to Facebook: https://www.facebook.com/sharer.php?u… Tweet This video: https://twitter.com/home?status=Must%… ———————————————————————————— SUPPORT THE NETWORK WITH THE LINKS BELOW! ———————————————————————————— Patreon $5/mo: http://nnn.is/monthly-gift-5 Donate with Paypal: https://nnn.is/give-once Give BTC: 13Hd1HFqS5CDLCMcFQPWu9wumubo6X2hSM Next News T-Shirt Shop: http://nnn.is/get-your-gear-here The Principles of Liberty for Kids: https://bit.ly/teach-liberty Restore YOUR Online Privacy here: https://HideWithGary.com Enter Promo Code: nextnews for 20% OFF ! Be Ready in ANY disaster. Stock up on Survival Food here: http://PrepareWithGary.com —————————————- FOLLOW US ON SOCIAL! ————————————— https://Minds.com/NextNews https://Minds.com/GaryFranchi https://BitChute.com/channel/NextNews… https://Real.Video/channel/NextNewsNe… http://Facebook.com/NextNewsNet http://Twitter.com/NextNewsNet http://Twitter.com/garyfranchi http://NextNewsNetwork.com Copyright Disclaimer: Citation of articles and authors in this report does not imply ownership. Works and images presented here fall under Fair Use Section 107 and are used for commentary on globally significant newsworthy events. Under Section 107 of the Copyright Act 1976, allowance is made for fair use for purposes such as criticism, comment, news reporting, teaching, scholarship, and research. Community Guidelines Disclaimer: The points of view and purpose of this video is not to bully or harass anybody, but rather share that opinion and thoughts with other like-minded individuals curious about the subject.

Image by BestGraphics_Com from Pixabay

In pre WW2 Germany fashion a woman is asked for ID … No protest nearby, wheeling a stroller, stopped & questioned (from Twitter):