Nukunonu, Tokelau resident Mahelino Patelesio has been placed under house arrest for the last 11 months and there seems to be no end in sight. Mahelino and many others are restricted in every area of their life. He is not allowed to go anywhere. Not even allowed to go fishing.

READ MORE & WATCH AT THE LINK

“…families in Tokelau had been under house “isolation” [house arrest] for over seven months. Yet this issue was receiving little to no attention from local media.”  All under the watch of Ross Ardern, Jacinda Ardern’s father, who has incidentally, just resigned. House arrest means no swimming, no phones, no working from home, no leaving home even. This is since July 2021, all for declining the NZ Govt’s ‘gift’ of the (untested) Pfizer jab. The option to work from home was removed after the second round of the ‘free jab’. Note well, this is a country that at the time of this travesty of justice, there was not a single case of covid to be seen. A must read, with three videos there to keep you up to speed. Please share this. EWR

In 1962, Samoa became the first Pacific Island Nation to move from being New Zealand administered to self-governing successfully. An entity with a Samoan administration, endorsed by the United Nations and made up entirely of qualified Samoans.

It is easy to get caught up in the moment. Samoans are so proud of our independent status among the nations of the World, and as a fellow Samoan, I can’t help but share in that same sense of pride and accomplishment. Today, in New Zealand, we commemorate this auspicious moment in Samoan history by celebrating an entire week of Samoan-themed activities known collectively as Samoan Language Week.

But what if Samoa never gained its Independence from New Zealand?

How would that change things in our relationship with New Zealand or with fellow Kiwis?

I do not know the answer to that question, but there is one Pacific island nation out there today that is still under the administration of the New Zealand government. And this nation is where a travesty of freedom has taken place. A mockery of liberty that, in my opinion, can only be traced back to the COVID–19 policies of the Jacinda Ardern-led Labour/Greens coalition government.

That Pacific island nation is Tokelau and knowing what is currently taking place there has put a significant damper on Samoan Language Week for me.

Who can celebrate Freedom and Independence when your Pacific neighbour cannot celebrate with you?

Tokelau and Samoa are more than just neighbours; they are family, aiga. Indeed, the only way to access Tokelau is by a 20-hour boat trip from Samoa.

As one of the Talanoa Sa’o program hosts, I am always on the lookout for Pacifica stories of interest to discuss. Hearing about Tokelauans being placed under House Arrest for refusing the Pfizer Covid-19 vaccine immediately caught my attention.

READ AT THE LINK

RELATED: After Nine Months, No Covid, and being Called Out by Talanoa Sa’o, Tokelau House Arrested to be Freed

Photo: By CloudSurfer at English Wikipedia, CC BY 2.5, https://commons.wikimedia.org/w/index.php?curid=3834105

The NZ Defense Force recently delivered supplies of the Pfizer experimental CV shot by ship to a nation that has had not one case of covid to date. Comments on social media by contacts of those in the affected nation indicate that declining the VX, as some have, brings house arrest and phone confiscation.

One needs to ask, why confiscate the phones of those who make an informed decision contrary to the nation’s official narrative? Going by the rationale if you like of official protocols, then separation makes sense but taking away their phones? What will this achieve? Aside from more stress?

These islands are clearly remote enough to indicate that any risks of contamination are slim indeed. And yet Tokelau’s administration, under the leadership of PM Jacinda Ardern’s father Ross Ardern (appointed by JA) has decided that every single person has to receive the shot.

Here are the articles on topic from mainstream :

Inflatable dinghies and Zoom medical training: how a remote Pacific atoll got Pfizer

AND FROM SOCIAL MEDIA:

ABOUT THE ROLLOUT IN TOKELAU

“Since Tai and Julie got there, Tokelau saw its first full immersion baptisms… people getting delivered and baptised in Holy Spirit.
In Tokelau there are 3 atolls (Nukunonu, Fakaofo and Atafu)… Tokelau is its own nation with its own language and culture but it is under NZ administration. There was a 4th island but in 60s or 70s, NZ and USA did a under the table deal and it was given to USA. Men, women and children were deported off so many now live abroad.

There is approx 700 people on Atafu.

And similar numbers on other 2 islands.

Jacinda Ardern’s (NZ PM) father was appointed by Jacinda as the administrator for Tokelau (he’s high up in free masonry and a globalist like his communist daughter).

Can you see how ridiculous it is?

We had a group call with the team in Tokelau…wow I was in tears…. one young guy in his early 20s was explaining that his parents are mad at him for not complying. One lady’s husband is angry at her. There’s a group with ps Tai and Julie of about 15…Tai said they’re the resistance.

Today the roll-out of Vax begins … either God intervenes so roll out can’t happen, or they stand and go into fiery furnace of losing their job, then ultimately being banished from their home of Atafu. Already they are being ostracized for their decisions.

They researched and found out that Tokelau is first nation to make it mandatory period.

Please pray for them.

Update is they were separated as a group and prohibited from seeing each other (they were coming together daily to worship and pray together). They were placed under house arrest (no prison in Tokelau)

Photo: By CloudSurfer at en.wikipedia, CC BY 2.5, https://commons.wikimedia.org/w/index.php?curid=3834890
The square in the centre of the village of Fakaofo on Tokelau. 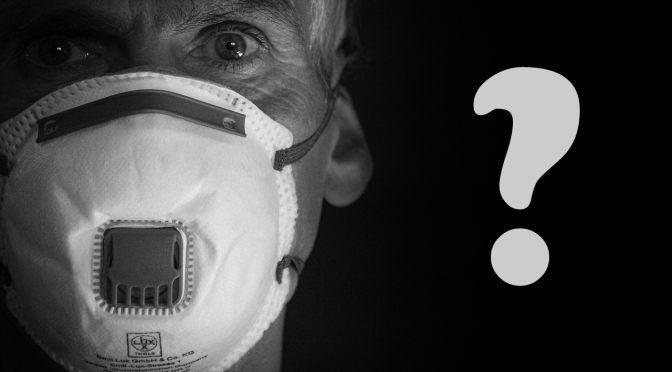 In Part 1 we looked at the reasons why questioning the coronavirus lockdown, despite the ever present allegation, does not demonstrate a callous disregard for human life. We are going to expand on why it doesn’t in this article.

I am based in the UK so much of this discussion relates to the decisions of the British State, but this is a global policy agenda and similar policies are found across the developed world. Effectively a small group of policy decision makers have placed an estimated 3.5 billion people under house arrest. It is only possible for them to do so with our consent. Consent is carefully cultivated by controlling the information we are given.

Image by rottonara from Pixabay