It is common knowledge to anybody who reads other than lamestream media that eugenicist Bill Gates openly targets poorer countries out of ostensibly philanthropy, in fact these are the people targeted for depopulation. The Royals have also openly espoused that nations like Africa should be depopulated. Note it is never themselves who should be eradicated. They cannot openly say this now although those of their eugenicist roots used to. Research Margaret Sanger (now no longer a hero, see James Corbett’s work on that topic) who was an avowed eugenics proponent back when they unashamedly stated certain ‘strains’ of humanity that needed to be sterilized. EWR

(NaturalHealth365) When mainstream media has its way, any criticism of billionaire computer geek – turned so-called global health expert – Bill Gates is quickly quashed with accusations of “conspiratorial arrogance.”  But when even the World Health Organization (WHO) is forced to acknowledge that a polio vaccine funded by Gates is responsible for a polio outbreak, it’s nearly impossible not to feel alarmed by the billionaire’s huge presence in the worldwide medical sphere.

The outbreak in Africa is one of at least two dozen confirmed episodes of vaccine-derived polio outbreaks throughout the world over the past five years, affecting countries ranging from the Phillippines to Ukraine … and despite this news, we’re supposed to depend on a Bill Gates-backed COVID vaccine (rushed to market) – which “hopefully” restores life as usual after the coronavirus pandemic?!

Over a dozen cases: Polio outbreak in Africa linked to polio vaccine funded by Bill Gates

On September 1, 2020, the WHO announced on their website that just one month prior, the Federal Ministry of Health in Sudan notified the troubled organization of an emerging “vaccine-derived” polio outbreak, caused by what’s known as poliovirus type 2, or cVDPV2.  Sudanese officials so far have identified two young children suffering the effects of the vaccine.

“The first case,” reports the WHO, was a four-year-old child who experienced “onset of [acute flaccid paralysis] on 7 March 2020 … in South Darfur,” located in Western Sudan. The next child to become paralyzed by a vaccine was a three-year-old from “Shari city of AI Gedarif locality in Gedarif state in the east, close to the border with Eritrea and Ethiopia.”

In just the month of August alone, a total of 13 cases of cVDPV2 have been reported all over Africa, including the areas of the Red Sea, West Darfur, East Darfur, White Nile, River Nile, and Gezira. These cases are genetically linked to another vaccine-derived outbreak detected back in October 2019 and currently circulating in Chad and Cameroon.

(NaturalHealth365) Threats to health – including exposure to environmental toxins, heavy metals, EMF radiation, bacteria and viruses – seem to be everywhere these days, highlighting the need for a strong, efficient immune system. And, with 80 percent of the immune system located in the gut, it’s easy to see that immune health and gut health are closely connected.

In fact, scientific research showcases the ability of a natural molecule, glutathione, to support the health of the immune system.  But, this amazing substance must be effectively regenerated and recycled by the body before it can accomplish its life-sustaining tasks.  Let’s take a closer look at this important topic. 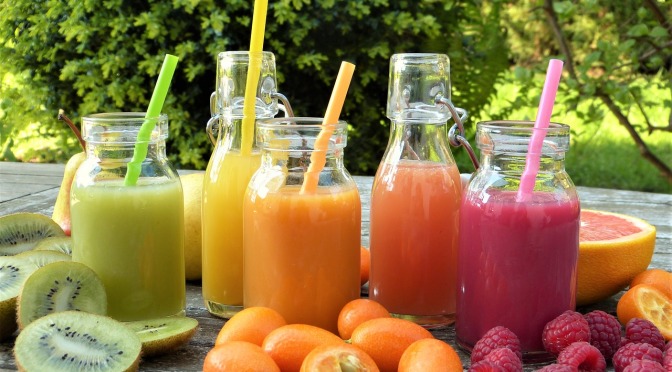 (NaturalHealth365) The liver is our largest organ in the body, outside of the skin, so that is the first indication that it’s vital to have healthy liver function.  If you do have trouble with its function, your skin can be dry, itchy, yellow or riddled with a skin disease.

Technically speaking, “liver failure” tends to take years to develop and can be caused by hepatitis B, C, long-term alcohol consumption, cirrhosis and, of course, poor nutrition.

Everything we eat and drink has to be broken down into different chemicals before it can get to work on helping (or, in the case of some foods and drinks, harming) the body. And that’s one of the primary jobs of the liver.

Along with vitamin K, the liver makes proteins – which are crucial to blood clotting. The liver also helps to break down old (damaged) blood cells.

Image by silviarita from Pixabay 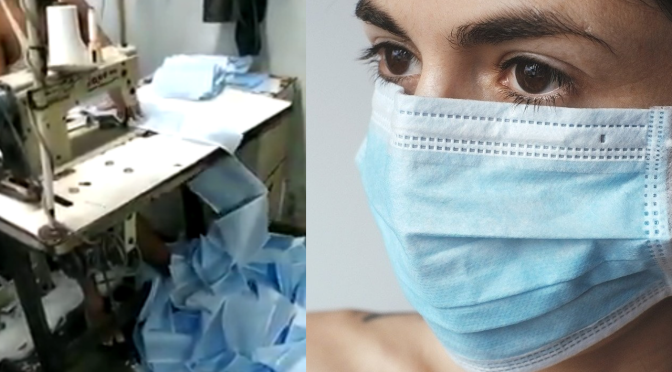 This appeared in my feed today. As the person who shared it said…”I hope everyone is enjoying their sanitized masks”. A point to ponder. I have no idea what country this hails from but I dare say they are paid pennies per day for their tireless, unrewarding slave labour… yet another blot on the books of the corporates and their corporations that use and abuse with impunity. They will be making top dollar from this forced labour. It’s the way corporations work. And yes we hope there’s no virus we might catch on the floor or anywhere else there…. especially on the masks. Remember, corporations also lie without conscience. They are fined regularly for this, the fines are out weighed by the monetary rewards for sales. It’s how they roll.
So are you noticing any holes in the narrative people? (No pun intended) EWR

Image by Juraj Varga from Pixabay

READ MORE AT THE LINK

Image by hanul choi from Pixabay

Posted previously this is even more pertinent now as we have in NZ (& elsewhere) locked down again. A former Vodafone manager (UK) tells what is in store. Listen at the link below. EWR

A little satire goes a very long way … calling out all those anomalies & inconsistencies many of us have noticed of late with the corporation parading as government. NZ has just returned to further lockdowns as of today 12th August, as predicted. If you are following the globalists’ covert global government narrative you will know it was inevitable. Hear ‘Bob from NZ’s brilliant commentary on NZ’s last lockdown experience. Note this lockdown that although considered temporary has put paid to campaign gatherings. We are now restricted to gatherings of 100. The NZ Advance party had a gathering of 3K in Auckland recently. EWR

Posted by State Of The Nation
Dear Physicians of America:

First, may we say that the American people are extremely thankful for the valorous efforts many of you have made throughout 2020.

Not only have many Americans been saved from the COVID-19 disease through your medical interventions and urgent care, physicians across the nation have put themselves in harm’s way as never before.  Some have died; many have been infected in the line of duty.  Our deepest gratitude to you all!

We respectfully write this letter to you out of grave concern during the coronavirus pandemic.

It has been proven conclusively that there is an extremely effective treatment for COVD-19.

Image by Free-Photos from Pixabay

The news media doesn’t inform the public the Centers for Disease Control has changed the way it determines COVID-19 severity and now includes symptomatic and asymptomatic cases in its tabulations.  It is a categorical increase, not an increase in the spread or virility of the virus.

The Center for Evidence-Based Medicine cites a broad range (5% to 80%) of people who test positive for COVID-19 but are without symptoms.  This has led public health authorities to issue misdirected advisories to stay indoors as asymptomatic individuals may be spreading the virus.  Everybody is then an imagined threat to your life.  But it takes 40,500 encounters with infected people to get infected and over 6 million encounters to produce 1 death.  Mask-wearing Americans are just mindlessly following devious instructions they hear on TV.

Image by fernando zhiminaicela from Pixabay