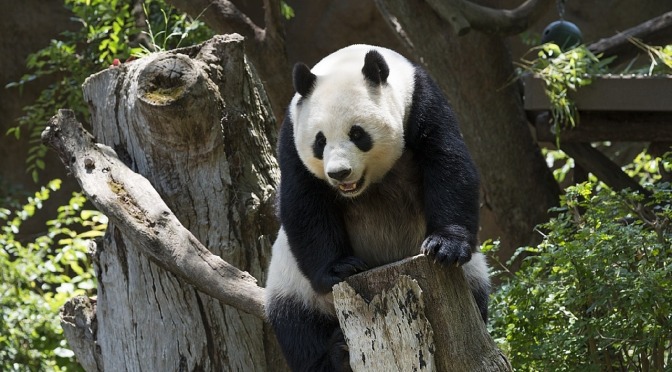 Not new, as is from 2014. Stories like this deserve to be shared over & over lest the revelations be forgotten. I stopped donating to this cause long ago after I learned some of the ugly truth.

NaturalNews) Overcoming adversity by piercing through the corporate fabric in which the world’s corporations are banded together, PandaLeaks – The Dark Side of the WWF exposes the ugly underbelly of the planet’s largest conservation group.

Written by award-winning German journalist and filmmaker Wilfried Huismann, the book almost didn’t make it to print after the World Wildlife Fund (WWF) fought tooth and nail to stop its sale. The group’s efforts to stop the book’s publication, which included a massive campaign of threats and a series of lawsuits, fell short of preventing the controversial report from reaching the market.

Two years of on-the-ground investigative research reveals a number of horrid, and incredibly disappointing, facts about the WWF. While earlier skepticism has surrounded the conservation group for years, their unethical and hypocritical tactics have not yet been exposed in depth until the release of Huismann’s recent research.

The book accuses the WWF of “selling its soul” to corporations in exchange for their donations, as well as forging alliances with powerful, non-sustainable businesses that are destroying the planet and “greenwashing” their operations under the conservation group’s label.

Originally released under the name The Silence of the Pandas in 2012, the book became a German bestseller before being recently published in English following a series of injunctions and court cases, according to The Guardian.

Monsanto, Coca-Cola, Shell, HSBC, Cargill, BP, Alcoa and Maine Harvest have reportedly all benefited from the WWF’s green label while continuing business as usual, said Huismann. While publicly condemning such corporations, behind closed doors the WWF has set up “round tables” of industrialists on hot commodities such as palm oil, timber, sugar, soy, biofuels and cocoa.

An ethnic group residing in the Congo, the Baka people, say they’ve been forced from their ancestral lands in the name of “conservation.”

“WWF is a willing service provider to the giants of the food and energy sectors, supplying industry with a green, progressive image… On the one hand it protects the forest; on the other it helps corporations lay claim to land not previously in their grasp. WWF helps sell the idea of voluntary resettlement to indigenous peoples,” said Huismann.

An elite club consisting of 1,001 of the world’s richest people, including philanthropists, industrialists and upper-class naturalists, are reportedly operating out of the WWF, which was set up more than 50 years ago by Prince Philip and Prince Bernhart of the Netherlands. This elite club serves as an “old boys’ network,” holding “influence in the corridors of global and corporate and policy-making power.”

Aside from being in bed with some of the world’s biggest polluters, the WWF has also been accused of committing crimes against indigenous peoples by funding their “displacement” and “cultural extinction,” contributing to more than 20 million people who are now classified as “conservation refugees.”