By Anne Hunt
Lake Horowhenua epitomises the New Zealand Government’s disdain for its indigenous people – both past and present. Throughout the history of Aotearoa, Mua-Upoko has always been at the mercy of a Crown intent on suppressing the cultural and environmental concerns of the indigenous owners of this lake in order to enhance the recreational and economic pursuits of the Pakeha.
Most recently, it was the crux of a case appealed to the Supreme Court, a court supposedly attuned to the nuances of the Treaty of Waitangi. In effect, the Supreme Court has invalidated itself. And Parliament as well. By ceding sovereignty, the Chiefs of New Zealand were guaranteed by the Queen of England ‘full, exclusive and undisturbed possession’ of lands and other property they and their descendants individually or collectively possess.

The Crown’s jurisdiction, its authority to govern therefore rests upon compliance with the Treaty. Before all nations at the United Nations human rights hearing in Geneva on 30 January 2014, the Minister of Justice affirmed the Treaty of Waitangi to be New Zealand’s founding document. Without compliance, this Treaty disintegrates.

And so does governance by Parliament and jurisdiction from the courts.
In terms of ownership, Lake Horowhenua is unique. It is, and always has been owned by
Mua-Upoko; since 1886 in English title.
But there is more to the legend of the lake than constitutional matters of property rights.
Lake Horowhenua was purchased not in cash. It was bought in blood. Here on the artificial islands Mua-Upoko created for their own refuge, Te Rauparaha and his Ngati Toa
raiders stockaded men, women and children ‘killing some from day to day as required for food’. Concealed in clearings nearby, Taueki and the remnants of Mua-Upoko would hear their kin, across the silence of the lake; unable to rescue them if their tribe was to survive.
READ MORE

Type ‘Horowhenua’ into the search box for further articles on the damning history of Lake Horowhenua. See also ‘categories’ (left of page) & our Local Govt Watch pages, Horowhenua. A must read also is the author’s book about the Lake called ‘Man of Convictions’.

From heavymetals.news
November 02, 2017 by News Editors

NOTE: Since this article as written (in 2015), CHOP and Offit removed some of their statements quoted here. I suppose they realized their statements were indefensible. This article is not maintained to track the latest nonsense from CHOP/Offit about aluminum adjuvant.

Dr Paul Offit is a well-known vaccine advocate and doctor at the Childrens Hospital of Philadelphia (CHOP), where he is director of the Vaccine Information Center. The rotavirus vaccine he developed made Offit very rich. He vigorously defends vaccines in the media, often with half-truths and outright lies.

In order to defend vaccines and vaccine safety claims, Dr. Offit must also defend the practice of injecting children with aluminum adjuvant, despite the absence of evidence for safety, and substantial evidence of harm. On the CHOP website here (CHOP – Vaccines and Aluminum), Dr Offit states the following:

Aluminum and pregnancy
Aluminum quantities fluctuate naturally during normal cellular activity. It is found in all tissues and is also believed to play an important role in the development of a healthy fetus. This is supported by several findings:
*During healthy pregnancies the amount of aluminum in a woman’s blood increases.
*The amount of aluminum in the blood of the fetus increases between four and a half and six months gestation and again at eight months gestation.
*At delivery, the blood of full-term infants contains more aluminum than the mother’s, but it decreases shortly after delivery.
*The blood of premature infants has more aluminum than that of full-term infants.
*The concentrations of aluminum in brain tissue are high during gestation and highest immediately after birth.
*The breast milk of moms with premature infants contains more aluminum than that of moms who carried their babies to term.”

The CHOP page on aluminum is here: CHOP/Offit Statement on Aluminum

In these statements Dr Offit is asserting that aluminum is a nutrient, i.e. a mineral with healthful functions in the human body. This is absolutely false. Aluminum has no healthful function in the body or any living thing. It is a toxin and a toxin only, to all life forms.

The fact that aluminum concentrations increase in the blood and change in some tissues does not in any way mean or suggest that aluminum is doing good or necessary functions. Its just moving around the body as all substances are known to do. Blood lead levels can also increase during pregnancy. Of course, this doesn’t mean that lead is a nutrient or has “an important role” in the development of a healthy fetus. The only “role” lead plays in a fetus is damaging the fetus. It is the same with aluminum.

These statements by Dr Offit are deceptive and unscientific. Dr Offit is deceiving those that are not well educated in nutrition or medicine. This behavior by Dr Offit is shameful.

What is actually happening with aluminum blood levels during pregnancy is that aluminum is being mobilized from the bone. The bone is a storage site for aluminum, just as it is for lead. Toxic metals in bone tend to cause less damage than other places, like the brain. So putting toxic metals in bone minimizes the harm they cause. During pregnancy, minerals are drawn out of bones to be used by the developing fetus. This is well known. Consequently, toxic metals stored in the bone are released as well. Both aluminum and lead are released by bone de-mineralization during pregnancy.

Consider this case report of a woman that experienced a 3-fold rise in blood lead levels during pregnancy, caused by lead being mobilized from the bone. The same thing happens with aluminum. Its ridiculous to say that this means aluminum or lead “plays an important role” in the fetus.

“We report the case of an adult female who had last been exposed to lead 7 years earlier but now presented with symptoms and findings of acute lead poisoning which we treated with chelation therapy. In the absence of an acute lead exposure, her increased lead levels were likely due to increased mobilization and redistribution from mineralized tissues during and after a recent pregnancy.”

Increase in blood levels during pregnancy does not mean that aluminum is “playing an important role in the development of a healthy fetus”.

Offit the Illogical
Dr Offit seems to think that the following observations are evidence that aluminum is a nutrient with beneficial, healthful functions in a fetus. Offit says the following on the CHOP website:

In view of the well known and proven toxic effects of aluminum, its exactly the opposite.

Save your real/organic/heirloom seeds people. They’re gold! See our resources page (main menu) to read ‘How the Other Half Dies’. (The real reason not the one you’ve been told).
EnvirowatchRangitikei

From Real Independent News and Film

The increasingly globalised industrial food system that transnational agribusiness promotes is not feeding the world and is responsible for some of the planet’s most pressing political, social and environmental crises. Localised, traditional methods of food production have given way to globalised supply chains dominated by transnational companies policies and actions which have resulted in the destruction of habitat and livelihoods and the imposition of corporate-controlled, chemical-intensive (monocrop) agriculture that weds farmers and regions to a wholly exploitative system of neoliberal globalisation.

Whether it involves the undermining or destruction of what were once largely self-sufficient agrarian economies in Africa or the devastating impacts of soy cultivation in Argentina or palm oil production in Indonesia, transnational agribusiness and global capitalism cannot be greenwashed.

In their rush to readily promote neoliberal dogma and corporate PR, many take as given that profit-driven transnational corporations have a legitimate claim to be custodians of natural assets. There is the premise that water, seeds, land, food, soil and agriculture should be handed over to powerful, corrupt transnational corporations to milk for profit, under the pretence these entities are somehow serving the needs of humanity.

These natural assets (‘the commons’) belong to everyone and any stewardship should be carried out in the common interest by local people assisted by public institutions and governments acting on their behalf, not by private transnational corporations driven by self-interest and the maximization of profit by any means possible.

The Guardian columnist George Monbiot notes the vast wealth the economic elite has accumulated at our expense through its seizure of the commons. A commons is managed not for the accumulation of capital or profit but for the steady production of prosperity or wellbeing of a particular group, who might live in or beside it or who created and sustain it.

An excellent 5 minute exposé of the rot that has set into a once caring humankind. A must watch in my opinion.
EnvirowatchRangitikei 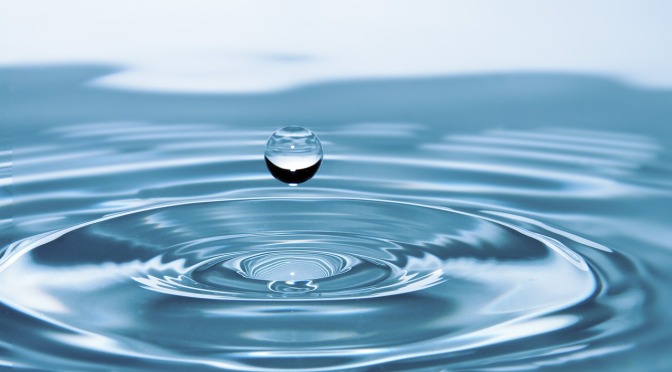 As the ever profitable Christmas season approaches keep this company in mind for boycotting. Any company that denies water is a human right deserves to have its means of survival squeezed and cut off. If people stop buying their wares their whole raison d’être dries up. We have now corporations (parading as ‘democratic’ governments) that will deny you the right even to collect rainwater off your roof people. This is not right.

These same governments aka corporations will sell the rights to bottle your country’s reserves of clean water to their corporate mates  for a song, accruing profit (to themselves note, not your community) whilst making you pay dearly for the ‘privilege’.

So please, do consider this info when purchasing gifts for your loved ones. Choose local made perhaps, support the efforts of local producers instead of these faceless, soulless behemoths whose sole agenda is profits, at the expense of you, the people. 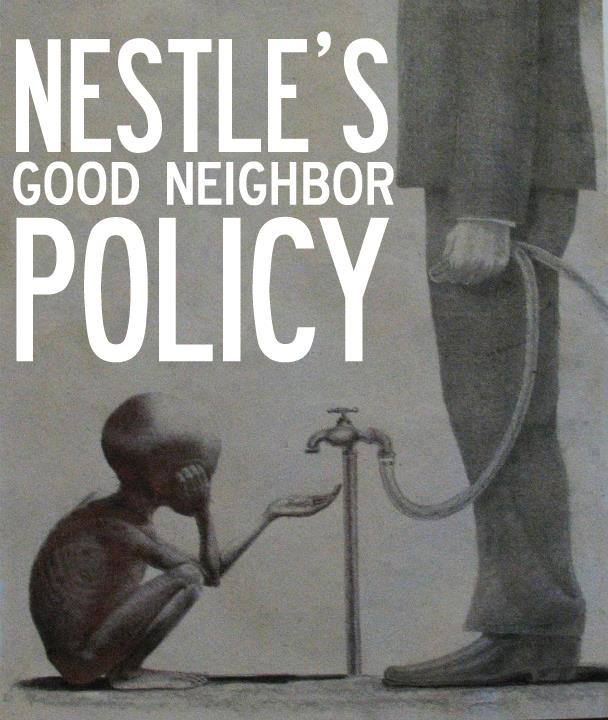 For more info on how corporations work, and how they are taking over your world, little by little, see our corporations page. Watch The Corporation documentary there, very enlightening. Particularly, check out our Water pages and read ‘Blue Gold’ by Maude Barlow & Tony Clarke, a thorough exposé of the corporate plan to own all water.