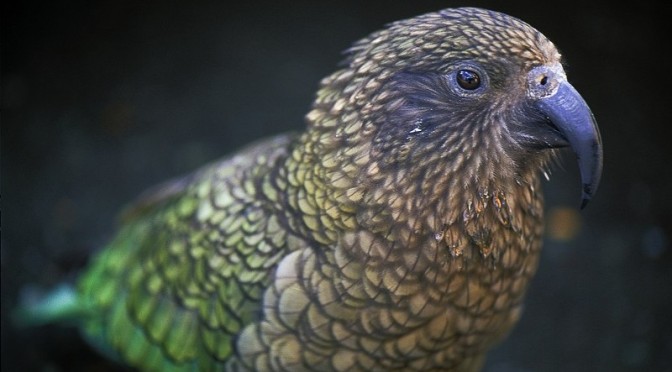 If anyone would know about Kea numbers in Fiordland, Dick Deaker would.

Fiordland helicopter pilot Dick Deaker is one of the central figures in the deer recovery industry through its peak to today. He began as a deer culler, moved from fixed wing to helicopters and then into live recovery and the “Deer Wars”.

“There has only been one Kea seen in the Earl Mountains, (Fiordland National Park), since the last big 1080 poison drop there. We rarely see any in the Kepler Mountains since the last big drop – one at the Luxmore Hut. Prior to the last drop up to six Kea hung around the hut.

Plenty of Kea on western catchments! The Grebe catchment has never been poisoned, and it is not unusual to see up to 100+ some mornings. Groups of six or more are common.

I spoke to S…. G….. of Tuatapere a couple of weeks ago. When they 1080’ed Rata Burn West last time he never saw a Kea again for two years!! It was the home of Kea!

We are watching one of New Zealand’s greatest environmental tragedies taking place! Worse than the introductions of stoats, ferrets, possums, wilding pines etc. that were all brought in by government agencies of bygone years!”