Gates, recently separated from Melinda … interesting timing I figure. He’s ‘helping developing countries’ again … remember all the crippled & dead children in India? The sterilized African women? Heaven help the recipients of his ‘philanthropy’. This is a man who wants to reduce the world’s population, whilst ‘saving’ people with his jabs. And he wants us eating fake meat (see article). How helpful is that for our health? Great for depop. EWR

“…the Bill & Melinda Gates Foundation announced that it’s creating a nonprofit entity called Gates Ag One which will seek to “speed up efforts to provide smallholder farmers in developing countries.”

“Gates argued that higher-income societies should completely replace their consumption of cattle-derived beef with “synthetic” alternatives.”

“Microsoft co-founder and philanthropist Bill Gates responded to questions about his farmland investments during an ‘Ask Me Anything’ (AMA) session on social media platform Reddit this weekend.

It’s the first time Gates has publicly commented on land purchases made by entities associated with him and his wife Melinda since they were named as the top private owners of US farmland by acreage earlier this year.

Gates was speaking to Redditors during an event marking the release of his new book, ‘How to Avoid a Climate Disaster.’

Responding to the question, “Hey Bill! Why are you buying so much farmland?” posed by one Reddit user, Gates indicated that seed science and biofuel development were major drivers of the acquisitions.

“My investment group chose to do this. It is not connected to climate,” he wrote.

“The agriculture sector is important. With more productive seeds we can avoid deforestation and help Africa deal with the climate difficulty they already face. It is unclear how cheap biofuels can be but if they are cheap it can solve the aviation and truck emissions.”

Back in January, US magazine The Land Report revealed that Bill and Melinda Gates have amassed the largest portfolio of private farmland in the US, comprising an estimated 242,000 acres. 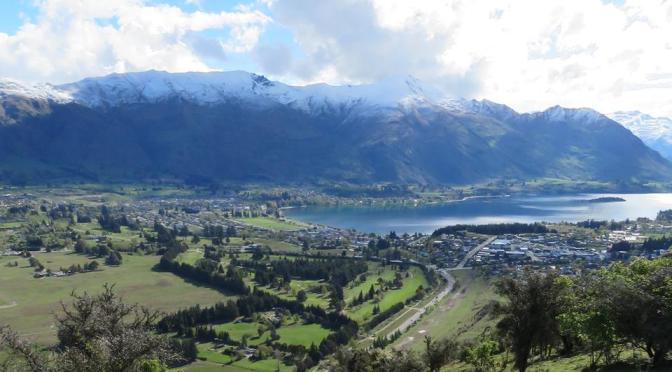 The West Coast of the South Island is generally thought of as being the most heavily 1080-poisoned area of New Zealand. However some of us have been thinking about that lately and have realized that, in fact, Wanaka and the Upper Clutha probably take that title, sadly.

You see, we have an extra problem animal (for farmers) in the Wanaka area, and that is rabbits, so farms and stations all round the Upper Clutha get aerially bombed with 1080 for rabbits. This is in addition to the onslaught from DoC and OSPRI for possums, rats and stoats on our farmland and in our mountain valleys.

We DID fight them off in 2015. It can be done! OSPRI had advertised plans to aerially 1080 poison DoC-managed land on Mt Roy and they were sent away with their tail between their legs and never came back.

Luggate was a two year battle, 2017 to 2019, It went ahead despite best efforts to stop it, but on a greatly reduced scale.

If you stand on top of Mt Iron in Wanaka and turn 360 degrees you will be looking at these aerially 1080-poisoned valleys – Matukituki, Makarora, Mt Gold, Timaru Creek (Lake Hawea), Luggate, Cardrona. Add to this most of the stations, many of the farms (deer, cattle, sheep ) and even some of the vineyards, and this is one poisoned place ! Aerial Pindone, and 1080 and Pindone thrown off quad bikes, in our public spaces, like Mt Iron itself just recently, can be added to the mix.

From the top of Mt Iron, Wanaka – Photos Carol Sawyer

Mt Roy, a 1080 battle that we won. That is a story in itself, which I shall tell in a different post: