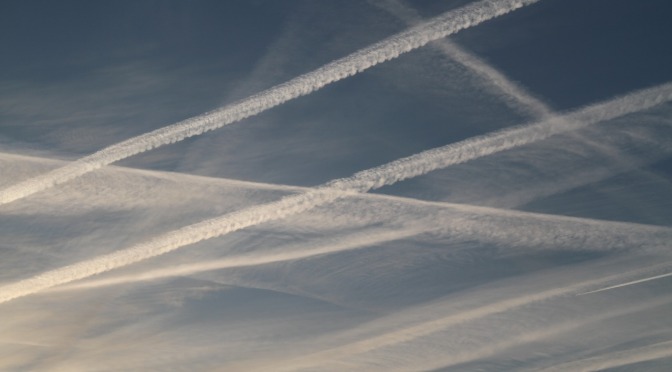 The global climate engineers are spraying unimaginable quantities of materials into skies all over the world as part of the ongoing geoengineering / solar radiation management assault. The world’s most recognized geoengineer, Dr. David Keith, has stated on the record a goal of putting 10,000,000 tons of aluminum nanoparticles into the atmosphere annually as part of the solar radiation management operations. Where could this much highly refined and specialized material come from? What company or corporation could have the capacity and global network to meet the demand of climate engineering operations all over the world? Who is at the head of such a company if it exists? Many of these answers may now have been found, this 11 minute video is a short exposé of the American Elements Corporation and it’s CEO.
The effort of pulling back the curtain (and exposing the criminality behind it) is a responsibility we all must bear. With each passing day more of Earth’s remaining life support systems are being decimated by the ongoing climate engineering juggernaut of insanity.
All of us are needed to help with the effort of sounding the alarm, all of us. Share credible data with others effectively and efficiently, make every day count.
Dane Wigington

So they deny geoengineering in spite of voluminous documented evidence, now their game’s up, Keith writes a book ‘A Case for Climate Engineering’ in prep for officially announcing what they’ve been doing for decades anyway, as if we are all mentally challenged. I could see the writing on the wall with that book & saved the video of him being lampooned in an interview on the Colbert report. If you go to this page & scroll right down you’ll see it posted. He’s also renowned for saying this experiment would be like free riding on our grand kids! That video is also on that page, just above the Colbert report interview.  EnvirowatchRangitikei

I’ve been telling you since 2010 and now finally I have it straight from this jackasses mouth. RFB https://www.youtube.com/watch?v=j0onH… https://geoengineering.environment.ha… https://vimeo.com/user73954749 RFB on vimeo https://www.youtube.com/watch?v=qE_zF… RFB II BACKUP CHANNEL paypal.me/RichieFromBoston https://www.patreon.com/RichieFromBoston Help me help others as well as make much needed upgrades to my equipment and channel https://twitter.com/NULOOKREFINISH TWITTER RFB Special thanks to ODD Reailty And NICHOLSON1968 for the intros and outros Disclaimer: All works by RichieFromBoston are criticism, comment, news reporting, teaching and research. -All footage taken falls under ”fair use” of the Digital Millennium Copyright Act (1998). Therefore, no breach of privacy or copyright has been committed. -FAIR USE STATEMENT This video may contain copyrighted material the use of which has not been specifically authorized by the copyright owner. This material is being made available within this transformative or derivative work for the purpose of education, commentary and criticism, is being distributed without profit, and is believed to be “fair use” in accordance with Title 17 U.S.C. Section 107 Protect Your Internet From The Deep State – Click Here! https://www.virtualshield.com/richie For 20% OFF Use Promo Code : RICHIE
Photo: Geoengineering over Waikari, South Is NZ, by Marian Sutherland 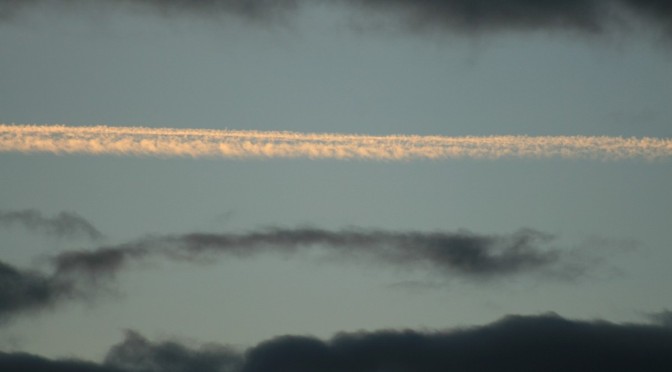 (Natural News) When Natural News first started talking about geoengineering several years back, some people accused us of spreading baseless “conspiracy theories.” Fast-forward to 2018, however, and discussion of “chemtrails,” as many people call them, has become mainstream, as studies like this one not only openly admit that the spraying of our skies is, indeed, happening, but further claim that it’s being done to prevent “climate change.”

In this study, scientists from the Potsdam Institute for Climate Impact Research in Germany discuss – as if it’s no big deal – the concept of atmospheric energy technologies that have the capacity to pull carbon dioxide from the atmosphere and sequester it in the ground. Known as bioenergy combined with carbon capture and storage, or BECCS, the idea is to burn trees and other organic matter in order to capture carbon dioxide from the atmosphere, which supposedly leads to a net removal of “damaging” greenhouse gases.

Though the paper doesn’t specifically discuss airplanes lacing the skies with a tapestry of aluminum, barium, and other particulates supposedly designed to block out the sun’s “damaging” rays, it does deal with the issue of intentionally altering climate conditions in order to counter or reverse what some perceive as the damaging effects of global warming – which is, in essence, the foundational concept and alleged purpose behind geoengineering.

This research, however, doesn’t require any reading between the lines. Researchers from Harvard University published a paper last spring discussing “small-scale atmospheric experiments” that they touted as a method of combating climate change.

Professors David Keith and Frank Keutsch reportedly plan at some point in 2018 to launch a high-altitude, gondola-tethered balloon equipped with propellers and sensors. Known as the “StratoCruiser,” this device will “spray a fine mist of materials such as sulfur dioxide, alumina, or calcium carbonate into the stratosphere” for the purpose of “measur[ing] the reflectivity of the particles, the degree to which they disperse or coalesce, and the way they interact with other compounds in the atmosphere.”

During an interview with MIT Technology Review, Keith explained that one of the goals of these experiments is to more intently study what’s known as “solar radiation management,” which is just a fancy way of describing the use of tiny metal particulates to reflect solar radiation back into space, and away from the earth – in order to keep it “cool,” of course. His colleague, Keutsch, actually wrote this in a separate paper, stating that such a process “may cool the planet while simultaneously repairing the ozone layer.”

To all the nay sayers on climate mod, here is the Harvard Scientist David Keith who has been talking about doing this for years (since at least 2007) says he has plans to carry it out. Like it hasn’t already been happening, & any challenge to that for decades has always been met with complete denial, your governments included (that header image is from 2015 in the Rangitikei). Watch this & read the article at the source.

Keith has been “Free Riding on our Grandkids” for Decades!

“Keith, who is also known for his reckless statement that this ‘proposal’ to dump sulphuric acid into the atmosphere is like ‘free riding on our grandkids’, was also interviewed about his new book proposing this on the Colbert report.”  A must watch before it disappears again!  Satire drives the point home. Go to the Geoengineering page and scroll down to David Keith.

In the following clip he explains the risk of this plan to your grandkids.

Harvard Scientists Moving Ahead on Plans for Atmospheric Geoengineering Experiments

“A pair of Harvard climate scientists are preparing small-scale atmospheric experiments that could offer insights into the feasibility and risks of deliberately altering the climate to ease global warming.”

Jim Lee at Climateviewer.com has documented a timeline of Geoengineering activity that’s been going on for many decades. Hear some truth & don’t buy into the establishment’s ongoing lies.