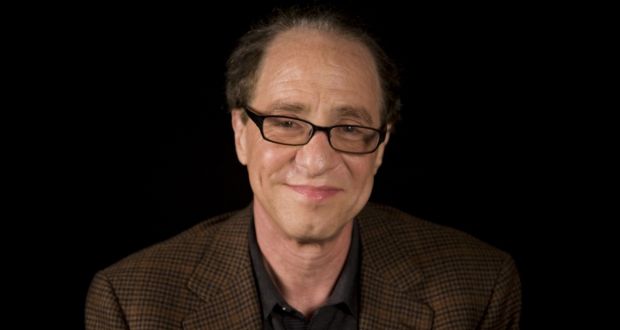 Ray Kurzweil is director of engineering at Google but he is better known for writing best-selling books outlining the future of artificial intelligence.

He has made 147 predictions on the future of technology including the ubiquity of wearable devices and the move from desktops and laptops to smartphones and tablets. In fact, his prediction rate has been rated 86 per cent accurate.

With this in mind, fans were excited to see Kurzweil answer their questions in a live streaming interview session last week where he elaborated on his predictions.

Kurzweil thinks true AI will arrive when narrow fields within machine learning, computer vision and so on get broader and broader until there “won’t really be any difference between AI and natural [human] intelligence”.

“It is not an alien invasion of AI from Mars; we’re going to make ourselves smarter by merging with it,” he added. This merging will happen using nanobots, he predicts.

“In the 2030s we are going to send nanorobots into the brain that will provide full immersion virtual reality from within the nervous system and will connect our neocortex to the cloud. Just like how we can wirelessly expand the power of our smartphones 10,000-fold in the cloud today, we’ll be able to expand our neocortex.”

In today’s episode of CDC/WHO holds the world hostage and builds a new wing on its mystical temple of lying science, while trance-induced billions stare at their TV sets for the latest fabrications, we begin here—

Author Michael Fumento sets off an explosion in his recent article on the failure of epidemic models: “’The … crisis we face is unparalleled in modern times,’ said the World Health Organization’s assistant director, while its director general proclaimed it ‘likely the greatest peacetime challenge that the United Nations and its agencies have ever faced.’ This was based on a CDC computer model projection predicting as many as 1.4 million deaths from just two countries.”

“So when did they say this about COVID-19? Trick question: It was actually about the Ebola virus in Liberia and Sierra Leone five years ago, and the ultimate death toll was under 8,000.”

Well, look, the CDC and WHO have to stay in business, right? They can’t allow a fallow period of no pandemics. They HAVE TO predict dire consequences. Otherwise, some people might start questioning their budgets. It’s a fight for bureaucratic survival, and if millions or billions of people have to lose their jobs and income and freedom in the process, so be it.

Here is a key paragraph from the CDC’s latest brain-twisting definition of a COVID case. As you’ll see, it allows the counting of cases where no confirmatory diagnostic test has been done on a patient at all. Have to inflate those numbers, right? How else can an agency justify its existence?

If you spend too long trying to decipher the meaning of every phrase and term in that definition, you might find yourself in the labyrinth of a psych ward. But it IS obvious that a COVID case without a confirming diagnostic test is being welcomed on board. “Sure, why not, join the party.”

Meanwhile, out front, on television, and quietly in the Oval Office, petty bureaucrat, numbers massager, and interim president of the United States of Crackdown Lockdown, Anthony Fauci, can switch case numbers up and down and sideways. He can shovel it high and deep to his heart’s content. All in all, his job is keeping the public health gravy train moving, while covering the caboose (ass) of that train.

“If one assumes that the number of asymptomatic or minimally symptomatic cases is several times as high as the number of reported cases, the case fatality rate may be considerably less than 1%. This suggests that the overall clinical consequences of Covid-19 may ultimately be more akin to those of a severe seasonal influenza (which has a case fatality rate of approximately 0.1%) or a pandemic influenza (similar to those in 1957 and 1968)…”

In case there is any doubt, those “pandemic influenza seasons” of 1957 and 1968 did NOT result in any lockdowns. People went outdoors. They mingled. They sat in stadiums. They went to their jobs.

Fauci, March 30, 2020, Reason Magazine: “Jake Tapper asked Fauci how many COVID-19 cases the United States can expect to see, ‘To be honest with you, we don’t really have any firm idea,’ Fauci said. ‘There are things called models. And when someone creates a model, they put in various assumptions. And the model is only as good and as accurate as your assumptions…Looking at what we’re seeing now,’ Fauci said, ‘we’re going to have millions of cases’ in the United States, and it is reasonable to expect ‘between 100,000 and 200,000’ deaths. But he cautioned that ‘I just don’t think that we really need to make a projection, when it’s such a moving target, that you can so easily be wrong and mislead people.’ Deborah Birx, coordinator of the White House’s COVID-19 task force, yesterday cited similar but somewhat less alarming estimates, saying ‘between 80,000 and 160,000, maybe even potentially 200,000 people,’ could be killed by COVID-19 in the United States.”

Uh huh. Right. Sure. Bad flu season. Really bad flu season. Millions of cases. Between 80,000 and 200,000 thousand dead in the US. Depends on the definition of a COVID case and how jacked up the numbers are. Depends on which computer model and projection is used.

Depends on whether the talking heads decide it’s a day for tough love or just plain tough. Either way, some version of fiction is going to run like sewer water out of their mouths.

It’s Christmas and birthday and Thanksgiving all rolled into one for the CDC and WHO. They’ve finally gotten what they wanted, all through the parade of AIDS, West Nile, SARS, bird flu, Swine Flu, Zika, and the terrorist smallpox scare:

MASS IMPRISONMENT OF THE POPULATION.

And as I’ve said from the beginning, the key moment was the Chinese Regime locking down 50 million people overnight. That was the signal and the model and the “breakthrough.” “They did it, so we can do it, too.”

All hype, all theater, all the time.