Bank branches and ATMs set to close across Australia as the pandemic shifts Aussies into the ‘cashless economy’. Unintended? Not in my opinion. If you’ve had your finger on the Agenda 21/30 pulse you’ll know that’s always been the end game. That dear Kiwi man Barry Smith told those who would listen in the 1970s that was the end game. Digital transactions make you 100% track and traceable. It will still suck in the trusting however. Note they refer to the many thousands of elderly from rural areas who will prefer cash … as with previous rural bank closures it will be stiff cheese for them. Those in control make ‘caring’ noises but they are anything but. Remember the recent scenarios where the elderly died alone in elderly facilities? In some countries they were simply abandoned. This no cash scenario is their not so subtle way of getting you out of rural areas folks, but they make it look like it’s your choice. You wanted it. However smart cities is the favored destination under Agenda 2030. Pack and stack living and (having gifted your state housing to property developers) locked into the (not so) smart grid. It’s all moving along according to plan. EWR

Image by Steve Buissinne from Pixabay 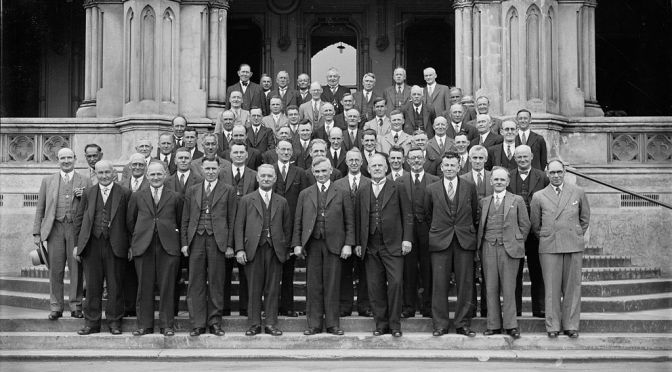 Delivering her pre-Budget speech to a Business New Zealand audience, Labour prime minister Ardern said business confidence was “the elephant in the room”.

Business confidence has apparently been low since the new government took office. A business confidence survey conducted by NZIER found businesses had become pessimistic about economic outlook for the first time in two years after Labour assumed office.

There is no need to worry.

Over the last hundred and two years, Labour has demonstrated a loyalty to capitalism that can’t really be faulted. During the 1951 waterfront workers lockout, possibly the most tense class standoff after the land wars in New Zealand history, Labour delivered for the class they have always answered to. “Labour is neither for nor against the watersiders,” party leader Walter (later Sir Walter) Nash declared.

The pattern of behaviour continued in later years, all down the line.

Following the stock market crash of October, 1987 capitalism was in trouble. State-owned enterprises started shedding thousands of workers. Factories closed – over one hundred and forty in Auckland in less than two years – along with hundreds of shops and offices.

Bankruptcies were up by fifty percent, eighty-six thousand jobs disappeared and unemployment in New Zealand was up to over 180,000 by early 1989.