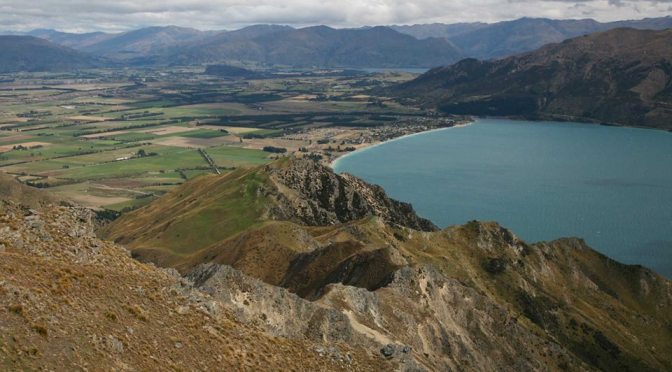 “There never was, never is and never can be valid justification for mass slaughter with a universal super toxin. It is chemical warfare. It is ecocide. there is NO justification!” …   (Tom Look Stop 1080 Now FB page)

After receiving an apology from OSPRI Operations Extension apparatchik, Jennifer Lawn, for saying they had found a Tb-infected ferret in the Timaru Creek 1080 drop zone in 2015-16 when in fact they HADN’T, and with that little creature being part of the justification for the aerial 1080 drop to kill possums, despite no possum monitoring having been done…. ( yes John Cleese would have had fun with this little lot ! )…Alan Galletly has sent Ms Lawn another letter. Because we will probably have to wait the standard 21 working days to receive this obviously terribly overworked poisoner’s reply, I am posting it up here now, along with the apology about the ferret.

As you can see from their printed material the justification for the 1080 drop is ” Tb ferrets ( note plural ) and pigs have recently been detected on the south eastern side”. ‘Recently’ means over two years ago, no Tb infected ferrets have been found in the drop zone, and the pig story is dubious ( see Alan’s letter ). The population of the target animal, the possum, has not been ascertained by OSPRI, who say they only have funds for post-drop monitoring, not pre-drop monitoring.

We need to correct some of the information supplied in response to your previous request.

The infected ferret was found 5km to the south of the planned aerial operation. We apologise for this error.

The correct information was used in the planning of this aerial operation. Your further requests for information have been received and we will respond as soon as possible within the required timeframes.

Thank you for the update regarding the infected ferret.

You state that the correct information was used for planning of this aerial operation yet your printed material available to the public clearly states a TB infected ferret was taken from Timaru Creek.

This was also stated by OSPRI staff at the Hawea Information afternoon.

Clearly this leaves the question , What is the correct scientific information OSPRI have planned this aerial operation on? Is it based solely on the assumption the feral pigs were living in Timaru Creek ?

All these assumptions aren’t enough evidence to plan an aerial poison drop on surely without solid scientific evidence to back them?

Could you please confirm the infected pigs actually came from the planned drop zone.

It has come to my attention that these pigs were shot in the vicinity of Stodys Hut which I believe is on the edge of the drop zone.

As this hut is near the ridge line there is no certainty that the pigs were in fact living in the Timaru Creek catchment but may have crossed the ridge line from Lake Hawea Station country.

The timing of when these pigs were shot also suggests this as at that time of year feral pigs prefer warmer , dryer country.

It would be unlikely for them to frequent the shady side or lower country in this catchment at this time of year.

It is clear OSPRI is assuming these feral pigs were living in Timaru Creek when in fact they may not have been correct.

From the Otago Daily Times

The serious state of neglect in Aurora’s electricity network has the potential to kill Dunedin residents and leave the city with a power crisis like that of Auckland in 1998, a former Delta employee says.

For the past seven years, Richard Healey has worked for Delta, which manages the Aurora electricity network in Dunedin and Central Otago.

But last week he quit his job over concerns about the state of the “neglected and decaying” network, and believed it could cost up to $100 million to fix.

Of particular concern was Delta’s inability to keep up with the replacement of rotting power poles.

Aurora Energy has said it would invest more money into its pole maintenance and replacement programme, and had contacted the Energy Safety Service to organise a compliance and safety audit, in a bid to ensure Aurora Energy’s infrastructure met safety requirements.

Thanks to Carol Sawyer for this piece of investigation. Just how organic is organic these days? With NZ’s current sell out to corporate interests I’m wondering more and more. Just how honest are these industries being? Some of these people just refuse to examine the independent research and profits win out over our health & conservation. Folk need to think about this as they purchase products from a country that falsely advertises itself as ‘clean and green’, and pledges to be protecting its wildlife. Gone are the days. All these advertising ploys are just that and pay little more than lip service it appears, to sustainable practices. EnvirowatchRangitikei

I have talked to many, many Central Otago vineyards over the last month and it has … become completely clear to me that it is perfectly possible to maintain a low, no-nuisance rabbit population without using cruel poisons… Carol Sawyer 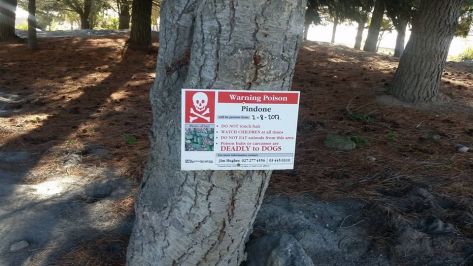 Why is a vineyard that names itself after a FALCON, has a brand logo that is a stylised falcon, and is certified organic with BioGro, using a poison that will kill falcons by secondary poisoning ?!!! Today I have been sent these photos and the irony has just struck me.

Their website says “A natural extension of our passion for the land, Peregrine are dedicated to helping protect some of New Zealand’s rarest native birds. As well as taking part personally in some of this country’s most successful preservation programs, Peregrine is proud to have worked with the Wingspan Trust, the Department of Conservation and the Fiordland Conservation Trust.” ???!!!!!!

I have been compiling a register of Central Otago vineyards who do not use cruel poisons on their vineyards, (see link is below also, but it is not yet complete) and when I spoke to Peregrine about a month ago I was told they had used Pindone on some of their surrounding land on the river boundary, but about 30 metres from the vines. I have today rung the poison contractor (name supplied). That information I was given was incorrect. He has told me that Pindone was spread on ALL their surrounding land, just not on the vineyards

The Eastern Falcon DOES eat carrion and can be killed by ingesting poisoned rabbits. Many hawks are killed this way too. NOT GOOD ENOUGH PEREGRINE !!!

I have talked to many, many Central Otago vineyards over the last month and it has therefore become completely clear to me that it is perfectly possible to maintain a low, no-nuisance rabbit population without using cruel poisons. The vast majority of vineyard managers do just that! Good rabbit fencing, shooters, and dogs work well.

Peregrine are on the Central Otago Wines register of vineyards that do not use cruel poisons (1080, Pindone, Magtoxin ) on their vineyard land. Should they stay or should they go? Is using the stuff on surrounding land acceptable?

As well as this they are exporting their wines. Peregrine say on their website : “We are thrilled to have cemented our relationship with our premium US wine importer, Vineyard Brands as a result of a visit earlier this month by Greg Doody, President and CEO of Vineyard Brands. During the trip hosted by our owners, Lindsay, Jude and Fraser McLachlan a long term business agreement was signed that will see our full range of wines distributed across the US.” It is a pity their website is so dishonest!