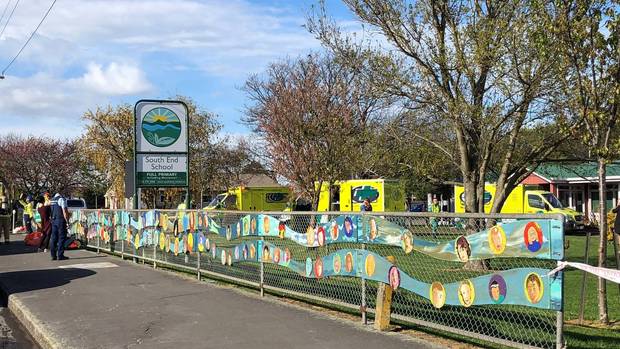 Note: this story is evolving by the minute (& changing). Last I heard (this morning) whatever it was wasn’t dropped from a plane, very convenient. And am I surprized, not at all. Whilst MS is in damage control overdrive, this will need to be ‘normalized’ asap.

Emergency services have locked down South End School in Carterton, Wairarapa, after a mystery chemical fell from an aircraft.

One student reportedly told school staff they had seen a plane dropping a substance near the school, and a strong smell of rotten eggs was reported in the playground.

At least five ambulances and eight fire appliances are at the school.

Carterton senior fire officer Wayne Robinson said 20 children had shown signs of illness, including vomiting, and four would be taken to hospital.

It is now planned to shower all staff and students. Parents have been asked to bring a change of clothes for their children.

READ AT THE SOURCE: