Thanks to the FlyingCuttlefish blog for this link. At 9 minutes in the video hear immunologist and toxicologist Prof. Stefan Hockertz give evidence about the untested Pfizer vaccine for covid to the German Corona Committee, which includes lawyer Reiner Fuellmich.

TRANSCRIPT: It is about “vaccines that could eventually be compulsory or forced on us by social pressure and those from BioNTech and Pfizer which have received an authorisation for use in the UK. Interestingly, in a country which 3 or 4 weeks ago made us aware about a public tender showing new computer and server capacity must be provided in order to handle the sheer number of side effect reports that are expected through using such an mRNA vaccine.

We have neither a phase 1 or a phase 2 reasonably carried out so my accusation is much more serious. Safety, efficacy & quality checks in the pre-clinical areas haven’t been done at all. And this is the real crime. This work MUST be done and it has totally NOT BEEN DONE. This whole system must be tested in animals which are suitable, and this must first be determined … by examining the liver, the kidneys etc., the complete histology has to be looked into, a very elaborate aspect, and naturally the function, especially of the immune system must be proven. None of this has been done. Definitively there is no toxicological data available. I know this for two reasons, firstly I have asked BioNTech several times with no reply. If there was any data they could at least have told me that the experiments were done. They wrote to inform me quite clearly that they have “no data available yet”. This came from a Senior Medical Director who is responsible for the total phase of the trial. This for me is a kind of proof on the one hand of silence … meaning … “we don’t have anything”, and on the other hand they are indeed admitting that they have nothing. This means we are making experiments on people without knowing the safety of the product.”

Photo by CDC on Unsplash 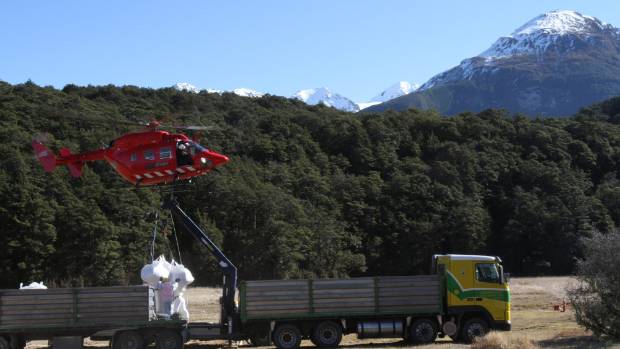 TODAY I HAD A CONVERSATION WITH THE ‘NATIONAL POISONS CENTRE ….

Joel Lund of Wanaka asked a GP the other day what he would do if someone presented with poisoning symptoms after an aerial 1080 poison drop. The doctor replied he would contact the National Poisons Centre. This sounds like a sensible response, one would have thought. Think again!!!

I had a number of questions for the National Poisons Centre about 1080 poisoning, given that so many of us live around 1080 drop zones and are potentially exposed to the substance many times over

I asked the person who answered the phone at the National Poisons Centre if she was the correct person to be talking to. She said she was.

I explained that we are about to experience another 1080 poison drop in our area (Wanaka) and asked if there were testing kits available here.

She replied “I don’t know, and I don’t know if I could find the answer”.

I asked how many methods there are for testing for 1080 poisoning.

She replied “I’m not too sure”.

She replied, “They wouldn’t test the person. They would probably get some history. They probably wouldn’t do a blood test. I don’t know if there is a blood test.” She said they can’t test for every poison.

I asked how accurate the testing was. At this point she seemed to realize she was out of her depth and said she would talk to the resident toxicologist.

She came back on the line and said that there is a test available but it is not widely available. It is a urine test and is only any use within the first 24 hours after poisoning. She said it is “affiliated to a woman at Lincoln University” but wouldn’t/couldn’t tell me who that is. She said it is mostly used for testing workers’ urine levels when they have been working with 1080 poison.

She said that the toxicologist said “1080 doesn’t stay in your body very long”. We then had a discussion about whether it can be found in skin and bone and hair, as in animals including mammals, but she seemed stuck on the fact they only tested humans and seemed rather unreceptive to the idea humans are also mammals.

(Ross & McCoskery (2012) found residues of 1080 in the bones of poisoned deer carcasses 213 days after death…the study ended then so no one knows how long 1080 stays in bone.

She said if you get poisoned they will just treat the symptoms. They won’t be bothered with what kind of poison it is. She was a bit incoherent and I had to keep asking her to slow down.

I asked for the name of the ‘resident toxicologist’.
“Michael” she said.
“Michael who? ” I said
“We’re not allowed to give out surnames”, she said.

I asked if I could speak to him please.

So there we have it. If you get poisoned by 1080 do not expect the authorities to confirm it is 1080. Just hope you survive. If the Kochummen family who ate wild pork are anything to go by you will probably be treated for botulism.

THIS YEAR ALONE WE ARE THROWING ENOUGH 1080 POISON ON NZ TO KILL 85 MILLION PEOPLE – AND WE DON’T EVEN TEST OUR FOOD FOR 1080 RESIDUES!

NOR DO WE HAVE A READILY AVAILABLE TEST FOR 1080 POISON IN THE HUMAN BODY!!!