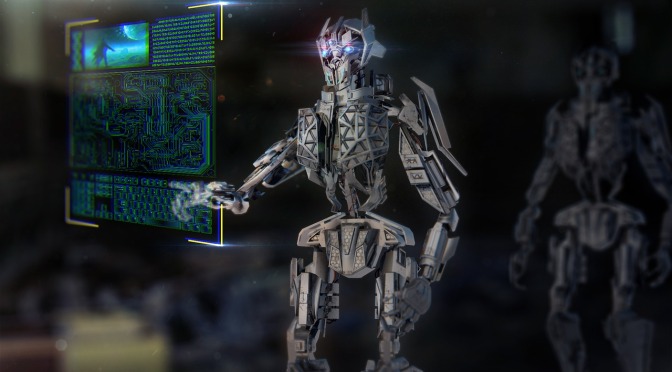 New Zealand is a leader in government use of artificial intelligence (AI). It is part of a global network of countries that use predictive algorithms in government decision making, for anything from the optimal scheduling of public hospital beds to whether an offender should be released from prison, based on their likelihood of reoffending, or the efficient processing of simple insurance claims.

But the official use of AI algorithms in government has been in the spotlight in recent years. On the plus side, AI can enhance the accuracy, efficiency and fairness of day-to-day decision making. But concerns have also been expressed regarding transparency, meaningful human control, data protection and bias.

In a report released today, we recommend New Zealand establish a new independent regulator to monitor and address the risks associated with these digital technologies.

Read more: To protect us from the risks of advanced artificial intelligence, we need to act now

There are three important issues regarding transparency.

One relates to the inspectability of algorithms. Some aspects of New Zealand government practice are reassuring. Unlike some countries that use commercial AI products, New Zealand has tended to build government AI tools in-house. This means that we know how the tools work.

But intelligibility is another issue. Knowing how an AI system works doesn’t guarantee the decisions it reaches will be understood by the people affected. The best performing AI systems are often extremely complex.

To make explanations intelligible, additional technology is required. A decision-making system can be supplemented with an “explanation system”. These are additional algorithms “bolted on” to the main algorithm we seek to understand. Their job is to construct simpler models of how the underlying algorithms work – simple enough to be understandable to people. We believe explanation systems will be increasingly important as AI technology advances.

A final type of transparency relates to public access to information about the AI systems used in government. The public should know what AI systems their government uses as well as how well they perform. Systems should be regularly evaluated and summary results made available to the public in a systematic format.

Read more: Avoid the politics and let artificial intelligence decide your vote in the next election

New Zealand doesn’t have laws specifically tailored towards algorithms, but some are relevant in this context. For instance, New Zealand’s Official Information Act (OIA) provides a right to reasons for decisions by official agencies, and this is likely to apply to algorithmic decisions just as much as human ones. This is in notable contrast to Australia, which doesn’t impose a general duty on public officials to provide reasons for their decisions.

But even the OIA would come up short where decisions are made or supported by opaque decision systems. That is why we recommend that predictive algorithms used by government, whether developed commercially or in-house, must feature in a public register, must be publicly inspectable, and (if necessary) must be supplemented with explanation systems.

Another issue relates to human control. Some of the concerns around algorithmic decision-making are best addressed by making sure there is a “human in the loop,” with a human having final sign off on any important decision. However, we don’t think this is likely to be an adequate solution in the most important cases.

A persistent theme of research in industrial psychology is that humans become overly trusting and uncritical of automated systems, especially when those systems are reliable most of the time. Just adding a human “in the loop” will not always produce better outcomes. Indeed in certain contexts, human collaboration will offer false reassurance, rendering AI-assisted decisions less accurate.

With respect to data protection, we flag the problem of “inferred data”. This is data inferred about people rather than supplied by them directly (just as when Amazon infers that you might like a certain book on the basis of books it knows you have purchased). Among other recommendations, our report calls for New Zealand to consider the legal status of inferred data, and whether it should be treated the same way as primary data.

A final area of concern is bias. Computer systems might look unbiased, but if they are relying on “dirty data” from previous decisions, they could have the effect of “baking in” discriminatory assumptions and practices. New Zealand’s anti-discrimination laws are likely to apply to algorithmic decisions, but making sure discrimination doesn’t creep back in will require ongoing monitoring.

The report also notes that while “individual rights” — for example, against discrimination — are important, we can’t entirely rely on them to guard against all of these risks. For one thing, affected people will often be those with the least economic or political power. So while they may have the “right” not to be discriminated against, it will be cold comfort to them if they have no way of enforcing it.

There is also the danger that they won’t be able to see the whole picture, to know whether an algorithm’s decisions are affecting different sections of the community differently. To enable a broader discussion about bias, public evaluation of AI tools should arguably include results for specific sub-populations, as well as for the whole population.

A new independent body will be essential if New Zealand wants to harness the benefits of algorithmic tools while avoiding or minimising their risks to the public.

Alistair Knott, James Maclaurin and Joy Liddicoat, collaborators on the AI and Law in New Zealand project, have contributed to the writing of this piece.

Image by Computerizer from Pixabay

The blog post to which my attention was called was entitled When Big Brother Went High Tech. The news from energy medicine author Lynn McTaggert jerked attention of the integrative community to a story I’d long anticipated: Google’s censors turned their attention to the still wild political-economical-medical frontier of “alternative medicine”. Osteopath and internet businessman Joseph Mercola reported that 99% of the traffic to his sometimes pugnacious mercola.com “natural health” website was killed. “Integrative medicine” was not spared. Visits to the much more tame Dr. Weil site from that field’s godfather dropped 66%. In an August 2019 e-blast to his list of Minnesota holistic practitioners on Google’s incendiary actions, an integrative leader of 40-years Bill Manahan, MD writes: “I think you will find it pretty scary for those of us in the integrative, alternative, and functional medicine fields.”

It is. McTaggert’s story is a doorway into a sectoral and global hell. The McTaggert piece first reached me from a leader at Consciousness and Healing Initiative for which I service on a communications team. Other readers of the Integrator newsletter also tipped me. The news is stark. Changed Google algorithms cut in half traffic on her e-magazine site What Doctors Don’t Tell You. She reported Mercola’s even more devastating losses while also sharing Mercola’s belief that Google’s additional manual manipulation of search targets cut down additional traffic where the algorithms hadn’t already driven in the knives.

Why? Via associative laws – such as Google’s investment in pharmaceutical solutions – McTaggert puts big pharma at the calamitous keyboard. Manahan’s e-blast shares that others like author Christiane Northrup, MD agree. McTaggert calls it “a massive concerted effort by Big Tech and giant corporations to censor the information you are allowed to see.

“The ability to create such damage to choice, to freedom, and to health has multiple causes. The most powerful has absolutely nothing to do with alternative, complementary or integrative medicine, per se. Nor is it connected to a site’s takes on vaccinations, Gwyneth Paltrow’s Goop, the existence of the Biofield or of energy medicine “woo” at any level of science. Nor does it have to do with the internet era, though the web certainly metastasizes its effect.