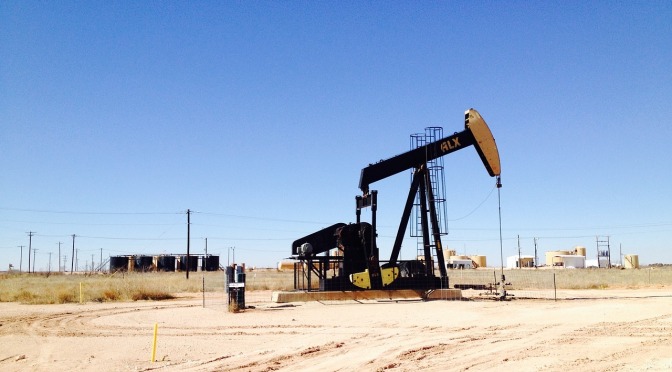 The Parliamentary Commissioner for the Environment has found regulation in New Zealand is not adequate for managing the environmental risks of oil and gas drilling, especially if the industry expands beyond Taranaki.

The Rangitikei District Monitor (23 October 2014) reported that Horizons Regional Councillors recently voted to scope a risk analysis report on fracking. This will follow a scheduled visit to the Taranaki in early 2015, where fracking is already occurring. It will include the risk and benefits to communities and the region associated with oil and gas production and waste management. It will likely also be identifying both where in the Rangitikei, oil and gas activities could occur, and the proximity of such sites to aquifers, towns and rivers.  This need for a scoping report comes after deputations by members of the public around fracking that stressed the importance of both engagement and consultation with the community and the need to consider the environmental impacts. Horizons endorsed these requirements and said, to get the process right, they need to first understand what information they are looking for, find and review that information, then consult with local ratepayers. In order to understand the fracking process it was seen as useful and necessary to visit the Taranaki and learn more about how it is affecting the wider community. This will include visits to and presentations from Taranaki Regional Council, oil companies and members of the community. It is said there are currently no applications for further exploration wells nor fracking and no certainty Horizons will receive any. Nevertheless they will be prepared should any future consent applications be made.  The subsequent scoping report, once completed, will be made available to the public. (You can read the full article HERE).

“If you own some land in one of these [permit] areas, you cannot stop a well being drilled on your land because the Crown owns the oil and the gas, not you…” Dr Jan Wright (Parliamentary Commissioner for the Environment)

Fortunately for the public there is already a wealth of information on fracking to peruse in advance of this scoping report, including reports from  the Green Party website about Taranaki operations.  I would have to say that asking for presentations from oil companies is a bit like asking your friendly used car salesman if the car he’s selling you has anything wrong with it. Oil companies, predictably, are already telling us all is well and there are no known dangers to community health or environments … I will cite that information shortly. But firstly … what is ‘fracking’ or ‘hydraulic fracturing’?

Here are the pertinent facts taken from the website dangersoffracking.com (The site has interactive diagrams).

Hydraulic fracturing or ‘fracking’, is the process of drilling and injecting fluid into the ground at high pressure in order to fracture shale rocks to release natural gas inside. Each gas well requires an average of 400 tanker trucks to carry water and supplies to and from the site. It takes 1-8 million gallons of water to complete each fracturing job. The water brought in is mixed with sand and chemicals to create fracking fluid.

There have been over 1,000 documented cases of water contamination next to areas of gas drilling as well as cases of sensory, respiratory and neurological damage due to ingested contaminated water.

Left behind: Only 30-50% of the fracturing fluid is recovered, the rest of the toxic fluid is left in the ground and is not biodegradable. The waste fluid is left in open air pits to evaporate, releasing harmful VOCs (volatile organic compounds) into the atmosphere, creating contaminated air, acid rain and ground level ozone. In the end hydraulic fracturing produces approximately 300,000 barrels of natural gas a day, but the price of numerous environmental, safety and health standards.

Report by the Parliamentary Commissioner for the Environment, 2014

Fracking Rules And Management To Come Under Spotlight – PCE

Parliamentary Commissioner for the Environment Dr Jan Wright released her interim report on fracking this afternoon. The report, Evaluating the environmental impacts of fracking in New Zealand, concludes that fracking can be done safely if well managed but raises concerns about the rules and safeguards surrounding the practice New Zealand.  “During the course of this investigation I have come to a similar conclusion to the Royal Society which is that fracking is safe if it is properly regulated and managed..“However I have significant concerns about how fragmented and complicated the regulatory environment for fracking is and about how these rules are being applied. “If fracking is not done well it can have significant environmental impacts including polluting water and triggering earthquakes “I am also concerned that regulation may be too light-handed, particularly if fracking opens the door to a large-scale and widespread oil and gas boom with a lot of different companies involved. “These concerns form the basis of the next stage of my investigation into fracking which I hope to conclude before the middle of next year.” For a copy of the report please email pce@pce.parliament.nz
Click to download: fracking-report-web-may 2015-commiss-for-environment

Read what the Greens have uncovered on the Taranaki  fracking scene:

Fracking has happened in New Zealand without specific consent

SITE GUIDE: To search for other related articles go to  ‘Categories’ on the left hand side of the page, use the search box at the top right of the page, or the tag cloud on the right.