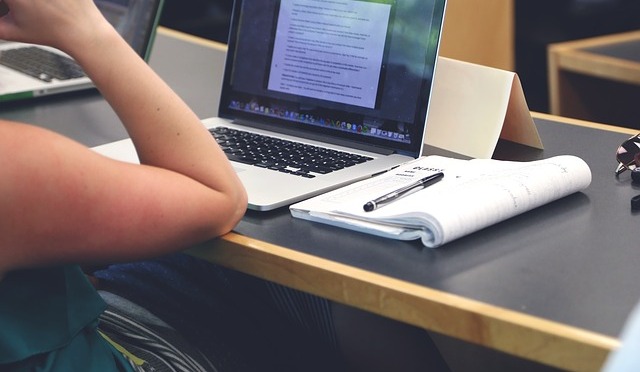 Electro Magnetic Fields (EMFs) have been defined by the World Health Organization (WHO) as follows:

Electric fields are created by differences in voltage: the higher the voltage, the stronger will be the resultant field. Magnetic fields are created when electric current flows: the greater the current, the stronger the magnetic field. An electric field will exist even when there is no current flowing. If current does flow, the strength of the magnetic field will vary with power consumption but the electric field strength will be constant… (Read more at the link).
(Extract from Electromagnetic fields published by the WHO Regional Office for Europe in 1999 (Local authorities, health and environment briefing pamphlet series; 32).

British microwave radiation expert and physicist Professor Barrie Trower:  “I believe that the wireless communications industry will be responsible for more human suffering and more civilian deaths in peacetime than all the terrorist organizations in the world put together.”

Numerous epidemiological studies reveal that people living and working within 1600 feet of RF/microwave antennas eventually suffer serious health problems. A 2010 medical report published in the International Journal of Occupational and Environmental Health says this: “Human populations are increasingly exposed to microwave/radiofrequency (RF) emissions from wireless communication technology, including mobile phones and their base stations. By searching PubMed…we found that eight of the ten studies reported increased prevalence of adverse neurobehavioral symptoms or cancer in populations living at distances less than 500 meters from base stations….None of the studies reported exposures above accepted international guidelines, suggesting that current guidelines may be inadequate in protecting the health of human populations….At exposure levels far below international guidance levels there are clear and consistent signs of adverse health effects in the general population….”

Source: http://wi-cancer.info/new_home.aspx  (this is an excellent site to educate yourself from)

Regarding health effects WHO has this to say:

It is not disputed that electromagnetic fields above certain levels can trigger biological effects. Experiments with healthy volunteers indicate that short-term exposure at the levels present in the environment or in the home do not cause any apparent detrimental effects. Exposures to higher levels that might be harmful are restricted by national and international guidelines …a look at the news headlines of recent years allows some insight into the various areas of public concern. Over the course of the past decade, numerous electromagnetic field sources have become the focus of health concerns, including power lines, microwave ovens, computer and TV screens, security devices, radars and most recently mobile phones and their base stations… SOURCE

Wifi, Microwaves and the Consequences to our Health – Barrie Trower

Mr. Barrie Trower, a British physicist who was a microwave weapons expert and who worked for the Royal Navy and the British Secret Service, talks about the health effects of WiFi and other forms of microwave radiation.

Mr. Trower came out of retirement because he was concerned that the microwave frequencies and intensities to which children are exposed in schools are similar to those used for microwave weapons.

International Scientists Appeal To U.N. To Protect Humans And Wildlife From EMFs And Wireless

“Today 190 scientists from 39 nations submitted an appeal to the United Nations, UN member states and the World Health Organization (WHO) requesting they adopt more protective exposure guidelines for electromagnetic fields (EMF) and wireless technology in the face of increasing evidence of risk. These exposures are a rapidly growing form of environmental pollution worldwide…

The “International EMF Scientist Appeal” asks the Secretary General and UN affiliated bodies to encourage precautionary measures, to limit EMF exposures, and to educate the public about health risks, particularly to children and pregnant women…”

Transcript of Dr. Blank’s presentation: “I’m here with disturbing news about our favorite gadgets: cell phones, tablets, wi-fi, etc. Putting it bluntly, they are damaging the living cells in our bodies and killing many of us prematurely.

I’m Dr. Martin Blank, from the Department of Physiology and Cellular Biophysics at Columbia University.

It is distressing for me, and more than 160 colleagues, who today are

petitioning the United Nations requesting that they address this problem.

We are scientists and engineers, and I am here to tell you – we have created something that is harming us, and it is getting out of control!

Before Edison’s lightbulb, there was very little electromagnetic radiation in our environment. The levels today are very many times higher than natural background levels and are growing rapidly because of all the new devices that emit this radiation.

An example that a lot of us have in our pockets right now is the cell phone. One study shows that as cell phone usage has spread widely, the incidence of fatal brain cancer in younger people has more than tripled.

We are putting cellular antennas on residential buildings, and on top of hospitals, where people are trying to get well.

Wireless utility meters, and cell towers, are blanketing our neighborhoods with radiation.

It’s particularly frightening that radiation from our telecommunication and powerline technology is damaging the DNA in our cells. It is clear to many biologists that this can account for the rising cancer rates.

Future generations – OUR CHILDREN – ARE AT RISK.

These biologists and scientists are not being heard on the committees that set safety standards. The BIOLOGICAL facts are being ignored, and as a result, the safety limits are much too high. THEY ARE NOT PROTECTIVE!

More protection will probably result from full disclosure of possible

conflicts of interest between regulators and industry.

Rising exposure to electromagnetic radiation is a GLOBAL problem. The World Health Organization and international standard setting bodies are not acting to protect the public’s health and well-being.

International exposure guidelines for electromagnetic fields must be strengthened to reflect the reality of their impact on our bodies, and in particular, on our DNA.

Although we are still in the midst of a great technological transformation, the time to deal with the harmful biological and health effects is long overdue.

We are really all part of a large biological experiment, without our informed consent.

To protect our children, ourselves, and our ecosystem, we must reduce exposure by establishing more protective guidelines.

And so, today, scientists from around the world are submitting an Appeal to the United Nations, its member states and the World Health Organization, to provide leadership in dealing with this emerging public health crisis.”

NOTE: If you doubt this warning or would like some anecdotal evidence there is cause for concern, please watch the award winning documentary called ‘Take Back Your Power’. (I have a copy Rangitikei folk can borrow, or watch it at the site: http://takebackyourpower.net). In this doco is the well documented story of a young man who dies of brain cancer after living in hostel accommodation at a university in Canada. This young man’s mother researches the previous occupants of her son’s room and adjacent rooms and finds page after page of other former occupants who also passed on with cancer. For further information on similar cases of people living near cell phone masts go to this link:

To borrow the dvd of the doco Take Back Your Power contact me at the contact page.

SITE GUIDE: To search for other related articles go to  ‘Categories’ on the left hand side of the page, use the search box at the top right of the page, or the tag cloud on the right.

"I’m here with disturbing news about our favorite gadgets: cell phones, tablets, wi-fi, etc. Putting it bluntly, they are damaging the living cells in our bodies and killing many of us prematurely ... we are scientists and engineers, and I am here to tell you – we have created something that is harming us, and it is getting out of control!"