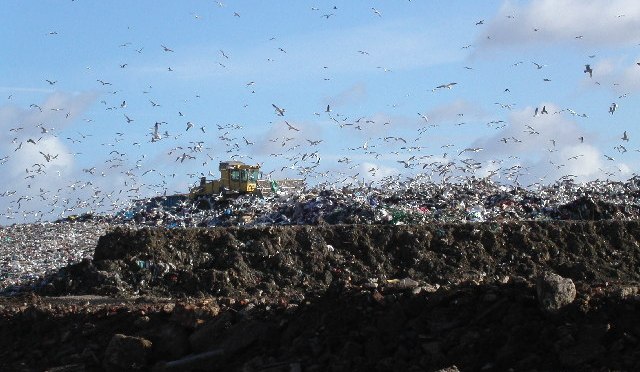 From the Wanganui Chronicle 25 March 2015

After an entire decade, Horizons is demanding answers from the RDC on its non compliance regarding the Marton Waste Water Treatment Plant. Why has it never issued a penalty all this time?

As previously reported here, RDC has failed to meet consent conditions for all of a decade, and Horizons has failed to deliver any penalties. Now Horizons, according to this latest article by the Wanganui Chronicle, has written to the RDC (after 10 years?) asking why it has been consistently breaching.

“Horizons has written to RDC seeking a formal explanation as to why it is consistently failing to comply with ammoniacal nitrogen standards and what steps it is taking to ensure this matter is addressed. A response was to be provided to HRC this week. A Horizons spokesperson said it was received.”

So ten years pass, and all of that time, it has been quite within the power of Horizons to deliver some kind of penalty regarding these breaches, and now it is asking questions? Closing the gate long after the horse has bolted. You can read the actual compliance/non compliance reports at this link.

In December we had RDC saying there would be a report on why at the end of January. Here we are in mid March with still no real answers.

From the District Monitor, time is said to be required regarding this issue.

12 March 2015     I attended the Marton Community Committee meeting last night where Mayor Andy Watson was present, and raised the historic issue of there having been both missing and non-compliant leachate reports. This was not regarded as an unusual occurrence and in the bigger picture, neither it seems is the state of our water ways (whatever that may be given the Chronicle report prior to Christmas indicated that was difficult to guage , given reports were missing). I did express the irony of this given Horizons was mandated with protecting our environment, clearly set out in their website banner.

As regards the in-stream biota survey and the fact one had not been done since 2002, it remains unclear as to whether there will be another done to assess the health of our local stream, in spite of the fact that the consent required one every three years. I was advised by Mayor Andy to notify himself, the CEO and the Councillors by mail to further this matter.

To date, as at 20th May 2015 nobody has acknowledged my email. Ironic isn’t it that one is encouraged to communicate on’es concerns on a matter to the council via its community committee, only to be told at that meeting, to email the matter to the very persons one is speaking to at that meeting about the concern.

On February 24th Hamish Allen, a Marton resident, presented a submission to the panel on a topic that is not considered to be part of the consent hearings. (For a background to the consent applications to quadruple the size of the Bonny Glen landfill go HERE). Neither, as was pointed out prior to the hearings, were property values or trucks.  Ironically, since these are the very concerns which automatically arise when a neighbouring landfill announces plans to quadruple in size.  Nevertheless, Allen’s submission concerns the leachate that is disposed of through Marton’s Waste Water Treatment Plant (WWTP) and has been for nine or so years (deemed the RDC’s concern, not Midwest Disposals’) . This has been, rather than a formal arrangement on paper … a ‘gentleman’s agreement’. The levels have been poorly reported and only sporadically tested with many non compliances, as Allen’s submission demonstrates. He has supported his submission with documented evidence. There have been by all appearances, no penal consequences issued by Horizons for these failures in compliance by the RDC. Following is Allen’s submission which outlines the history of how the Marton Community Committe (MCC) of which he was a member at the time, tried, albeit unsuccessfully, to address this in 2011. There needs to be accountability here … as Allen points out in his submission

‘there can be no economy on a dead planet’.

The consistent placing of economic interests over the environment is NOT sustainable. The very principles our regional authorities are purporting to pursue … “Maintaining and enhancing our Region’s land, water, air, coast and habitat protection” (from Horizons’ website) …  are being held in flagrant disregard. These electedrepresentatives need to be held accountable. You can assist with that process by attending the Marton Community Committee Meetings and lodging your objections there:

At the end of the submission below here, the original compliance and non-compliance reports will be available to access by this weekend, 28th Feb 2015. Any inserts of photocopied evidence within the submission can be clicked on to enlarge.

WATCH FOR THE ORIGINAL COMPLIANCE REPORTS WHICH WILL BE UPLOADED TO THE SAME PAGE THIS WEEKEND …. 28TH FEB 2015

The Manawatu Standard reports on the submissions hearing.

“The application has drawn opposition from neighbouring property owners. There were 62 submissions to the resource consent application….

Turakina resident Richard Grant said in his submission that many residents were worried about the effect of water running off the landfill and into a small stream that ran through the town.

He said leachate was an unknown factor and could affect the quality of the water.”

Many other concerns are presented by submitters: READ FULL ARTICLE HERE