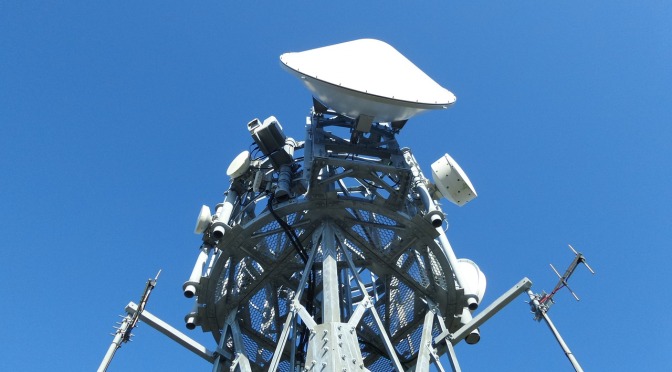 “The USSR experimented on humans and animals with 5G in 1977, 1972 and 1997.  A proper military experiment. The humans suffered metabolic problems, ie everything started to fall apart, blood problems, immune system dysfunction, severe medical and neurological problems. With animals, since they were able to dissect them, they found the bone marrow was suffering (which produces the immune system), respiration damaged, enzyme activity damaged, nuclear dna damaged, and the total exposure time was only 15 hours over 60 days. Roughly 15 minutes a day and the levels were not high. Not as high as you are going to get in a classroom.” …. Dr Barrie Trower

Note: Since posting this people in NZ are asking what can we do? Some suggestions … visit the nz site http://www.5g.org.nz/ … they have addressed what we can do in NZ. Also Mark Steele from the video, he has a website https://www.saveusnow.org.uk/ (save us now) & all the detail on how he fought his council in Gateshead in court & won (article coming on that). Note there is a campaign to discredit him & his work which should tell you something. Please ignore the debunking links you will see when you search.  If there were anything dodgy with this man Dr Barrie Trower would not be teaming up with him for this video interview.  Also visit Josh del Sol’s site, if you go to https://takebackyourpower.net/ you will find his doco of the same name, an excellent although shocking intro to the shonky science we’re dished out on the so called ‘safety’ of emfs/wi-fi particularly relating to smart meters (if you are new to this or have hitherto believed it’s all good, no problems). When you land at that site you will be alerted to an upcoming online series of teaching (free at the viewing times, you can also purchase these for your own reference later). It screens in late August. Lastly Dr Trower has many other interviews on Youtube that will give you insight into how wi-fi is affecting us already. Particularly our children. 5G he illustrates is a military grade weapon they used for crowd control. Fact. (Here is a 14 minute clip with the essentials from him). EWR

The following information is from the website: 5G.org.nz so provides information that is specific to NZ. Folk are still fairly unaware of the dramatic changes 5G will unleash on an unsuspecting public. It’s prudent to educate yourselves & be forearmed regarding the health risks that will potentially be incurred.

5G is being hyped as the next generation of wireless internet connectivity.  However, the greater wireless speeds that this system may deliver could come at the cost.

This page of the site is designed to give a very basic overview of the 5G system proposed for New Zealand and the concerns that have been raised about this technology.

To keep up to date with news on the 5G issue, please visit this link: http://www.5g.org.nz/category/news/

What sort of 5G system has been proposed for NZ?

In fact, the initial stage of the 5G system proposed for NZ would involve a doubling of cellular phone base stations in urban areas of NZ because the existing 4G system is proposed to be used as a “control layer” for the 5G system.

A transmission band at 3.5 GHz is also proposed to be used as pa rt of the 5G system.

So-called “small cell” units transmitting in the millimetre wave band are also proposed to be part of a 5G system in New Zealand.

These “small cell” units could be placed every 250 metres in urban areas.

The numerous “small cell” units are considered to be a vital part of allowing this huge (and for a country with only 4.5 million people, unnecessary) number of internet connections – if this new system were designed to serve people.

However, the high density of connections in 5G systems is designed to facilitate the “Internet of Things| (IoT) in which different devices will be able to link to the internet and/or “talk” to each other.  (For example, a “smart” fridge will be able to communicate wirelessly with a “smart” electricity meter.)

Moreover, according to Radio Spectrum NZ there would have to be “strong public policy reasons”  why NZ should not have THREE separate 5G systems as Spark, Vodafone and 2 Degrees all want to build their own systems.

Radio Spectrum Management of the Ministry of Business, Innovation and Employment (MBIE) recently posted a discussion document on its website and invited submission on 5G in NZ.

(Similar consultations have been taking place in other countries including Australia and the USA.)

The consultation period ended on Monday April 30,  Submissions are now available on Radio Spectrum Management’s website at this link https://www.rsm.govt.nz/projects-auctions/current-projects/preparing-for-5g-in-new-zealand/submissions-received

Would 5G be a good thing for New Zealand?

From reading submissions on the 5G issue it is obvious that  some telecommunications companies are very excited about 5G  = which is not surprising given that they will make money as people consume more and more data via their addictive smart phones and other wireless devices.

New Zealanders whose concerns are their health, that of their families and communities wrote submissions opposing the introduction of 5G because of the potential for adverse health effects and that the fact that most New Zealanders have adequate internet access via the existing copper landlines system, fibre or 4G systems. Most of these submissions may be accessed via this link: https://www.rsm.govt.nz/projects-auctions/current-projects/preparing-for-5g-in-new-zealand/submissions-received

Health and other concerns with 5G include the following:

* That the 4G system uses radiofrequency radiation (RFR) in the microwave which has been classified as a possible carcinogen by the World Health Organisation’s International Agency for Research on Cancer in 2011.

*That  millimetre wave frequencies that would be emitted by the small cells is a type of short wave radiation that has not been well researched.  (Some of the research that is available suggests that there is a risk that millimetre waves from 5G transmitters and personal devices could cause skin and eye damage. It is also a concern that millimetre waves have been developed as part of a weapons system by the US millitary which is colloquially known as the “pain ray”.  (Please see the fifth page  of the submission at this link https://www.rsm.govt.nz/projects-auctions/current-projects/preparing-for-5g-in-new-zealand/folder-potential-health-effects-of-5g-technology/attachment-submission-267.pdffor information about millimetre wave radiation weapons.)

The potential adverse effects on wildlife from increased exposure to RFR in the microwave range is was a concern of some New Zealanders who made submissions.  One document submitted was this meticulously conducted study.

Find further articles on 5G by searching in ‘categories’ at the left of the news page.