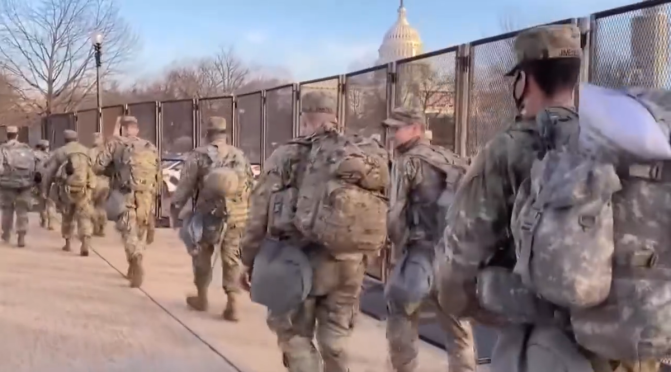 EWR comment: And did the military ever care about their own? They’ve been called cannon fodder. Remember the mysterious ‘Gulf War Syndrome’? Watch ‘Anybody’s son will do’. War is about profits, remember Gen Smedley Butler and ‘War is a Racket’. (There is an audio book also on YT of his full book). In the over all plan of things wars just bring about the plans of the (not) elite, rich folk who are depopulating the planet for themselves aka one world government.

by The Empowerer (via Health Impact News)

Several military families are claiming to have been affected by these COVID shots. They range from members in the earlier phases of their careers, to those retired.

This article will focus on six of them, two of which are deaths.

Brooke is an active duty military member who almost lost her life and her leg after her Pfizer shot, according to her parents. Her mother Rachel Gronbach and father Greg Gronbach have both posted on social media in regards to their daughter’s experience, and it sounds pretty traumatic. Brookes experience with her Pfizer shot, has changed the course of her life.

Brooke had her shot in December then developed blood clots in her lungs. She underwent emergency surgery, and was placed in ICU. The vascular surgeon initially thought her leg would need amputated due to one of the clots that was 3” and because it had been stuck for several hours.

Brooke has undergone seven surgeries since January and has at least one or two more to go. She will be on blood thinners for the rest of her life. According to Brookes mother, Brooke’s military career is over. 2021 has been quite a setback for this once healthy 23 year old woman.