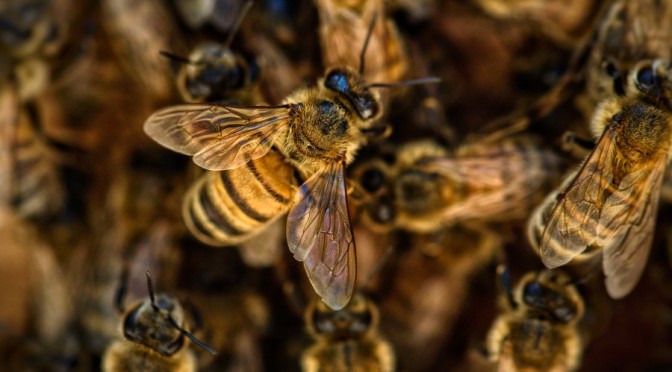 Bees feed us. Many of the 20,000 species pollinate 85 percent of food crops and fruits around the world—everything from garlic and grapefruits to coffee and kale.

But, it seems, these crucial insects aren’t doing very well. A study published today in the journal One Earth reveals that in recent decades, the number of bee species reported in the wild has declined globally. The sharpest decrease occurred between 2006 and 2015, with roughly 25 percent fewer species spotted—even as sightings by citizen scientists were increasing rapidly.

Halictid bees—also called sweat bees for their attraction to our perspiration—pollinate important crops such as alfalfa, sunflowers, and cherries. Observations of these tiny metallic fliers have fallen by 17 percent since the 1990s, the study found. Bees in the rare Melittidae family, which provide us with blueberries, cranberries, and orchids, have plummeted by as much as 41 percent. (The world’s bees are divided among seven families.)

Though lesser known, such wild bees supplement the work of honeybees in managed hives.

Image by Terri Sharp from Pixabay