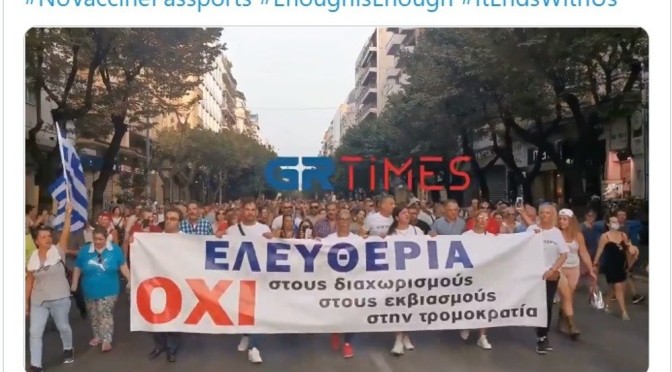 “Hands off our kids!”

Greece has become the latest European country to be hit with mass protests after the government announced the unvaccinated would be banned from visiting bars, restaurants, cinemas and other public places.

Thousands of demonstrators descended on Athens and Thessaloniki, with crowds chanting “Hands off our kids!” and holding signs that said “We say no to vaccine poison.”

All nursing home staff and hospital workers will be mandated to get the vaccine from August 16, while hospital workers also face losing their jobs unless they get the compulsory jab from September.