What follows is the data from Lungi, Sierra Leone. 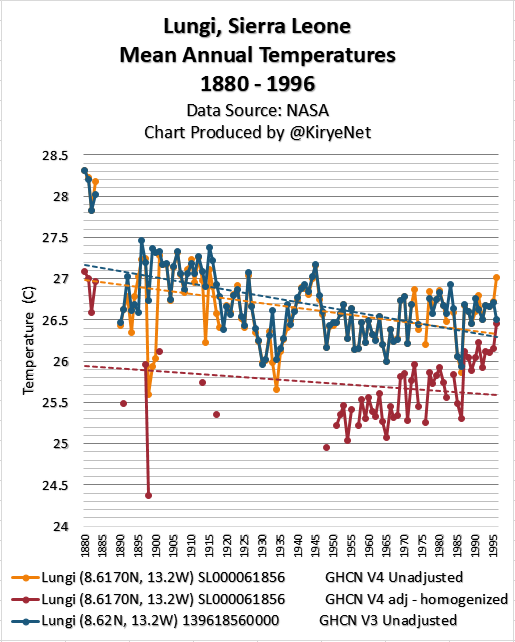 Climate alarmists use the word ?science? to describe such a major data change.