And it just gets more ridiculous … 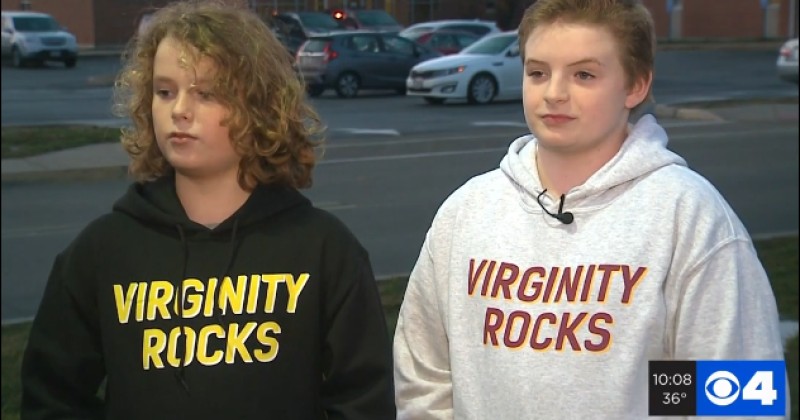 God forbid he should spread a positive message.

A middle schooler who wore a sweatshirt featuring the words ‘Virginity Rocks’ said administrators threatened him with suspension if he wore it again.

Seventh-grader Londyn Piglowski said he was told by his social studies teacher to turn the hoodie inside out or take it off “or else they would have to take action.”

The Wentzville School District dress code prohibits clothing that promotes “immoral, illegal, sexual or violent behavior,” none of which applies to Piglowski’s sweatshirt.

Piglowski was threatened with suspension if he wore the hoodie at school again.

“I didn’t think this was bad so whenever they told me to take it off I was like why am I taking this off because it’s a positive message?” he said.