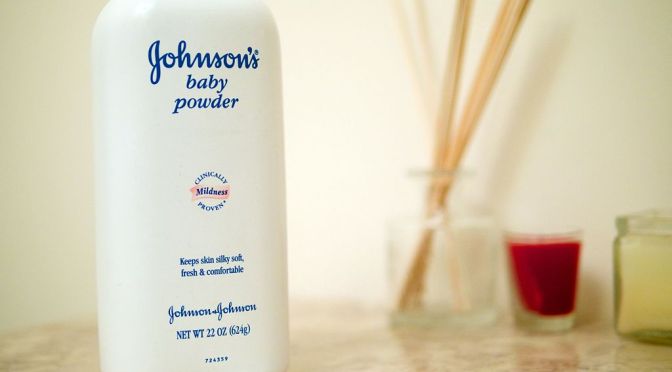 Across America, women are taking the fight to Johnson & Johnson. The massive company behind many of the nation’s favorite products has come under fire amongst claims that their product, talcum powder, can cause ovarian cancer. If you want to take part in this class action lawsuit, make sure you seek out a professional compensation lawyer and get the Johnson & Johnson ovarian cancer risks details here.

About the lawsuit regarding Johnson & Johnson ovarian cancer risks

The claims come after the resurfacing of a study from 1982. As a result of this study, a group of researchers took their findings to Johnson & Johnson. They told them that the results of their research clearly suggested a link between talcum powder and a higher risk of developing cancer.

Twelve years later, in 1994, the Cancer Prevention Coalition also appealed to the company to ask them to recall the products and stop making talcum powder with its current ingredients.

The group spearheading the lawsuit versus the company claim that the company knowingly ignored the research and never told the public about it. They didn’t put warning labels on their products, and they even advertised that people use the potentially cancerous products on high-risk parts of their bodies.

2 thoughts on “Johnson & Johnson, ovarian cancer risks, and the law”