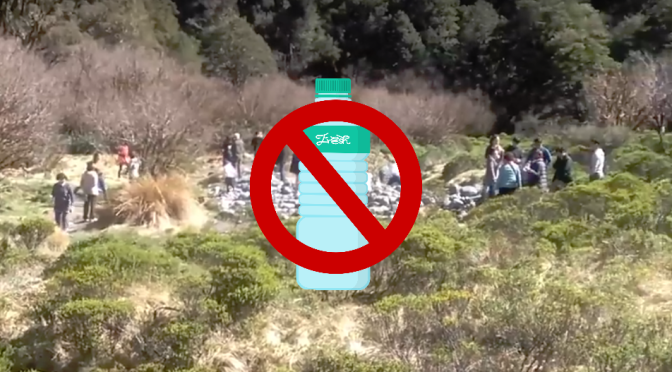 Remember, this is what Milford local Sacha Stevenson recently wrote to DoC about. No warning signs for tourists. Turns out they won’t be putting any up about the water, just the usual signs with the skull on to warn them since they haven’t resources to put signs up in every tourist’s language. Signs will only indicate pellets, not the risk of water contamination. And the other rationale cited, that it’s ‘extremely unlikely’ the water will be poisoned. Whatever happened to the precautionary principle? Not good enough. EWR

“Oh well”, says the NZ government, “They’re Chinese. They don’t know any different. What do we care?!”

It’s appalling actually. No self-respecting Kiwi (on second thoughts there might be a few) would drink out of those creeks in the middle of a 1080 poison drop – or afterwards. Shane Wilson watched as four busloads of tourists stopped there on “Aerial 1080 Poison Day” and filled up their water bottles. They probably thought the helicopters were taking tourists for a joyride! Shane tried to warn some of them but they didn’t understand him.