NOTE: At EnvirowatchRangitikei I receive the … “we’re having trouble finding that site” … page regularly these days when I attempt to access this blog/site & even my editing page. The FB share button regularly disappears as well. Coincidence?
From privateinternetaccess.com
Posted on Mar 18, 2019 by Caleb Chen 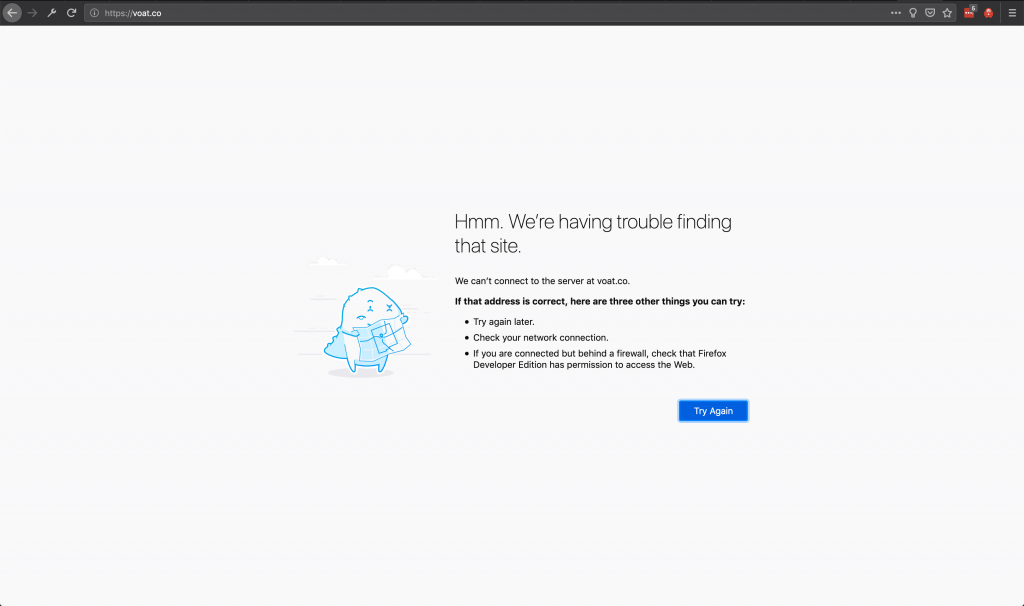 Several websites including Voat, ZeroHedge, Archive.is, LiveLeak, and others have been blocked in Australia and New Zealand in direct contravention to civil liberties that citizens are supposed to have. The biggest of these internet providers, Telstra, has published a blog post defending their censorship action – even acknowledging that free speech has been sacrificed by company decision:

“We appreciate that it is necessary to ensure free speech is carefully balanced against protecting the community – but with these sites continuing to host disturbing content we feel it is the right thing to do to block them.”

In fact, some of the blocked sites have been unfairly lambasted in mainstream media as “refusing” to take down offending material. Let’s be clear, each and every one of the blocked websites operates lawfully – that includes removing illegal material when requested. These internet service providers (ISPs) in Australia and New Zealand have taken it upon themselves to play judge, jury, and executioner in their condemnation of these websites and their visitors just for exercising free speech.

In New Zealand, mobile internet service providers take it upon themselves to enact censorship

Starting over the weekend, Spark NZ, Vodafone NZ, and Vocus NZ were the three New Zealand ISPs that have taken it upon themselves to block these sites. On their part, the ISPs and smartphone network providers are claiming that these are only temporary blocks. Temporary blocks that have lasted multiple days – more than long enough to change people’s’ browsing habits. Even the perpetrators of this censorship are aware how unprecedented it is. Geoff Thorn, a chief executive at New Zealand Telecommunications Forum (TCF), commented to CIO:

“This is an unprecedented move by the telecommunications industry, but one that they all agree is necessary.”

CIO additionally confirmed that the ISPs are working together to ban the same sites.

In Australia, censorship also happens at the whim of the internet providers

Unsurprisingly, the over-reactive censorship has even started spreading around the world. Starting Monday the 18th, Telstra and Vodafone in Australia have also implemented these blocks network wide – that means even the many Australians using Vodafone reseller networks are affected by Vodafone’s censorship decisions. Of course, Facebook is not one of the sites that has been blocked.

Are these blocks due to legal request, or is Telstra now censoring entire sites due to internal policies? Setting a very dangerous precedent

Vodafone has even confirmed that they were told to place the blocks, and they will remove the blocks when they are “advised” that the illegal content has been removed.

Censoring free speech is never “the right thing to do”

The internet providers in Australia and New Zealand are sliding down an incredibly slippery slope against free speech. Previously, in Australia and other parts of the world like Russia and Philippines, ISPs would not censor access to websites unless clearly told to by the government. The precedent that internet providers can decide when to start blocking sites seemingly arbitrarily has now both been set and abused… All in the name of “doing the right thing.”

1984 just hit Australia. @zerohedge blocked!! (but not @InfoWarsChannel), @liveleak blocked (but not @youtube), @4chan blocked by @Telstra. Also reports of @VodafoneAU of @zerohedge. What else has been censored by our government masters? Do we lose social credit points? #auspol

Hi Matt, Vodafone Australia has temporarily blocked sites known to be actively hosting footage of the shootings in Christchurch. We believe it’s absolutely the right thing to do. When we receive advice the content has been removed from these sites, we will then remove the block.

26 people are talking about this

A full list of blocked websites can be found below:

Please let us know in the comments below if any blocked websites are missing from this list.

Caleb Chen is a digital currency and privacy advocate who believes we must #KeepOurNetFree, preferably through decentralization. Caleb holds a Master’s in Digital Currency from the University of Nicosia as well as a Bachelor’s from the University of Virginia. He feels that the world is moving towards a better tomorrow, bit by bit by Bitcoin.