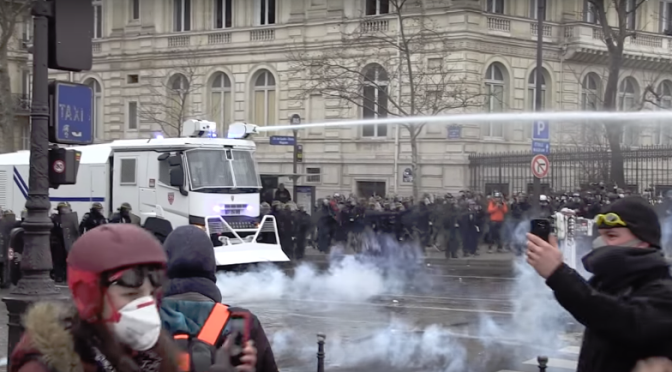 Two videos from YT on the ongoing yellow vest protests in France. The first one gives a graphic view of the force of the police there (80K of them, and previous reports say they are believed to have been infiltrated by EU German forces) & the second a glimpse into the very brutal police retaliation, rubber bullets at close very range, (dropping tear gas from helicopters in other videos), also graphic footage of outright beating of innocent by standers, one an elderly man at a bus stop with his wife that has gone viral. Disturbing times. Just watching this situation.

The ninth consecutive week of yellow vest protests in Paris drew tens of thousands to the streets. Police responded with tear gas and water canons. For licensing info contact momes@pm.me