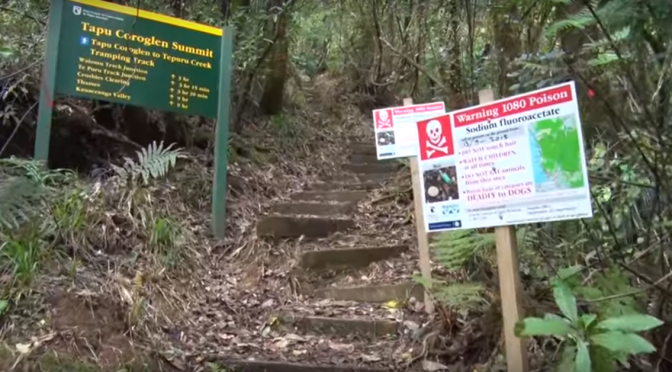 Some insights on DoC here from insiders … note that familiar word ‘restructure’ the the smoke & mirror modus operandi of the corporates. When the music stops (the restructure music) … less bums on seats, more work for those who are left, more profits for CE & the likes. A post Rogernomics tactic.

Another sign of how the Department of Conservation has lost its way, some insiders and ex-staffers say, is its embrace of corporate management methods. David Williams reports.

Faced with staff discontent, the Department of Conservation called in consultants and rolled out a suite of management tools. First there was the so-called interface project, to improve relations between scientific and operational staff. After that, there was “team process” and “reflection logs”, and, for managers, “single-point accountability”.

DOC director-general Lou Sanson, a proponent of the changes, says when he was appointed in 2013 the department was “siloed”, after two big restructures that shed 250 jobs. The new wave of staff interactions have led to huge advances, he says.

But critics say the new set of behavioural rules are another sign DOC has lost its way – showing how disconnected the leadership of the organisation’s become from the work it’s there to do. One former DOC worker says the department’s been captured by fads, which has ushered in a period of “empty change”. They paint a picture of excruciatingly awkward, hours-long meetings of unnecessary navel-gazing.

Another former DOC staffer says: “A tremendous amount of money, time and effort was being spent on what I would regard as wasted projects trying to make communication internally within the department better.”

A current DOC insider says the changes accentuated the decision-making authority of managers, who were encouraged to manage workers more assertively. That’s made them more sensitive to people who – like departed ecologist Nick Head – challenge authority about poor decisions.

Head was controversially suspended for sending photos to conservation organisations, after being asked to do so, of irrigation pipeline work on public conservation land. But some of his ex-colleagues say he was just doing his job and was effectively punished for speaking up about “piss-poor” decisions.

One thought on “Some insights on DoC from insiders”