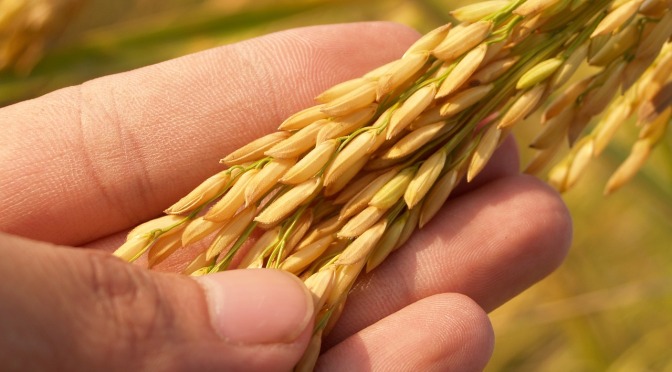 From naturalsociety.com
BY MIKE BARRETT

Two decades ago, genetically modified (GM) golden rice was touted as a way to save the world’s starving children. The hype didn’t last very long, however. It didn’t save any lives, farmers didn’t grow it, and nobody ate it. But in May, golden rice won the approval of the U.S. Food and Drug Administration (FDA), with the agency declaring it safe to eat.

Golden rice, one of the oldest GMO crops, initially won high praise because it was engineered to produce vitamin A (beta-carotene), which would help children in poor countries get the required dose of the vitamin. About 250,000 to 500,000 children go blind each year from a lack of the vital nutrient.

Researchers began modifying rice DNA in 2000, and it won overwhelming support from the Rockefeller Foundation and the Bill and Melinda Gates Foundation, both of which funded its progress. Even Pope Francis gave the GMO crop his blessing.

The U.S. is the 4th nation to approve golden rice, and more could follow. The U.S. is part of an international body that forms recommendations about food safety that other countries can adopt if they lack their own equivalent of the FDA.

Still, it could be a tough sell for the other 168 countries that chime in about international food standards. Golden rice crops aren’t necessarily field-ready, according to a 2016 Mother Jones report. The plants aren’t as efficient as they could be and don’t yield the crops that regular rice does, so many farmers might see golden rice as a waste of time and money.

The news media has been celebrating the FDA’s embrace of golden rice and the fact that more countries could also approve it, still framing golden rice as a savior of sick and dying children. Don’t be fooled.